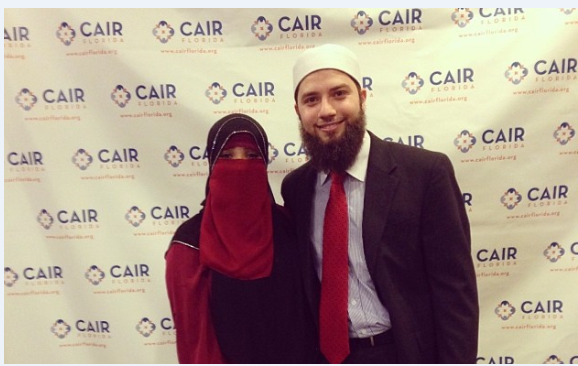 Hassan Shibly, Executive Director of The Council On American Islamic Relations (CAIR-FL) exhibited classic paranoid behavior towards the FBI in a Urgent CAIR-FL News Alert that went out today.

What did the FBI do that got CAIR’s Hassan Shibly so paranoid and unhinged?

Mr. Shibly wrote in his email alert, “CAIR-Florida has discovered a disturbing trend this week of FBI agents without cause attempting to interview the leadership of at least three major local Florida Mosques…Do not be intimidated into speaking to them without a lawyer. By law, FBI agents may lie to you and sometimes they respond with “You do not need a lawyer…are you trying to hide something…having a lawyer will make things worse.” These are all scare tactics.”

Understanding Hassan Shibly’s paranoia towards the FBI will help you to understand the strange wording in his warning to the Muslim community.

Dr. Bruce Rodgers, PhD wrote, “basic distrust is the core characteristic of paranoid behavior.  Because paranoid persons consider significant people in their lives to have been undependable or rejecting, they are apt to view any authority figure or representative of “the system,” including officers, as undependable and hostile.”

Paranoid people like Hassan Shibly are, “likely to be particularly sensitive to an attitude of disbelief.  When they have delusions, they require someone who will listen with courtesy to their beliefs and make no judgment about whether they are true or false.”

Conversely, if you disagree with CAIR they will attack and try their best to instill fear into the hearts of their detractors through frivolous lawsuits, name calling, and your basic character assassination.  For a so called civil rights group CAIR is quite skilled at not being caring about the ‘civil rights’ of their detractors.

Perhaps Hassan Shibly just misinterpreted the FBI’s intentions and flew off the handle with his hysterical email alert against the FBI.  That may be one excuse for Mr. Shibly’s paranoid behavior today.  However, I was lucky enough to attend one of Hassan Shibly’s Civil Liberties Lectures back on June 9, 2012.  Based on my eyewitness account,  Mr. Shibly was preaching the same vile paranoid rhetoric against the FBI back in 2012 as he is today in this CAIR email alert.  Read my full report here: Have You Ever Been Inside a CAIR Civil Liberties Lecture?

CAIR Dallas Ft. Worth Executive Director Mustafa Carroll in 2013 said, ” If we are practicing Muslims, we are above the law of the land.”  Perhaps Mr. Carroll’s comment reflects a general attitude at CAIR and why the FBI severed all ties with the group in 2008.

Hassan Shibly clearly articulates the position of the CAIR organization towards the FBI.  CAIR already lost their 501c4 status, perhaps it is time for the government authorities to pull their tax exempt 501c3 status once and for all.

Below is CAIR-FL October 23 Urgent Notice:

CAIR-Florida has discovered a disturbing trend this week of FBI agents without cause attempting to interview the leadership of at least three major local Florida Mosques.

Similar complaints have been received by CAIR chapters as far west as California.

CAIR has documented how these interviews have been used to coerce law abiding American Muslims to become agent provocateurs. Therefore it is highly advisable never to meet with the FBI without a lawyer present.

CAIR-Florida thus highly encourages anyone contacted by the FBI to remain polite but firm and state: “I wish to honor the US Constitution by exercising my right not to speak to you without my lawyer.  Please give me your business card and my lawyer will contact you.”

Do not be intimidated into speaking to them without a lawyer. By law, FBI agents may lie to you and sometimes they respond with “You do not need a lawyer…are you trying to hide something…having a lawyer will make things worse.” These are all scare tactics.

If the FBI truly has a legitimate reason to speak to you, they will have no problem doing so through your lawyer as the American legal system establishes.

Contact CAIR-FL today for free legal help on issues of FBI harassment or employment discrimination or to schedule a free training for your local Mosque on knowing our rights!