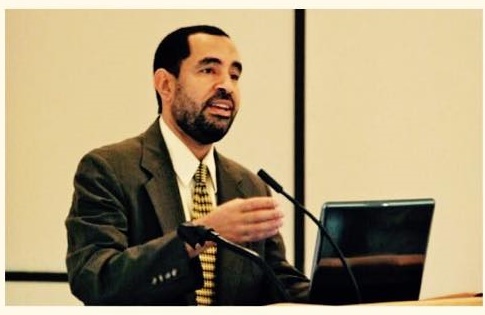 Dr. Dardery is the foreign relations committee spokesman for the Egyptian Revolutionary Council (ERC).  The ERC according to their website exists to overthrow the current Egyptian government and replace it with Egypt’s past president Mohammad Morsi, a self declared Muslim Brotherhood leader.

Dr. Dardery is an exiled Muslim Brotherhood Shura Council member and Egyptian Parliamentarian with a history of open support for Hamas, a US designated foreign terrorist organization.

Dr. Dardery is a ‘terrorist’ because the ERC is an arm of The Muslim Brotherhood which was designated a terrorist organization by Egypt, Bahrain, Russia, Syria, Saudi Arabia, and United Arab Emirates.

Al Qassam Mosque Born Out of Hate And Intolerance

The ICT-Al  Qassam Mosque was incorporated by convicted terrorist Sami Al-Arian in 1992.  Federal investigators say that, at the time, Al-Arian was the North American leader of the Palestinian Islamic Jihad.

In this video clip Sami Al-Arian openly says,”…Jihad is our path, victory to Islam, Death to Israel…”

Sami Al-Arian doubled down on his hate speech calling Jews “monkeys and pigs” and warned against recent peace efforts aimed at ending the Palestinian-Israeli conflict, at a 1991 Islamic Committee for Palestine Conference in Chicago, IL, Steve Emerson reports.

To date no member of the Al-Qassam Mosque has publicly condemned Sami Al-Arian for his hate filled rhetoric and funding of Islamic terrorism.

The bigotry and hate Sami Al-Arian founded the ICT Al-Qassam Mosque on years ago, was reaffirmed with the invitation of the Muslim Brotherhood terrorist Dr. Abdul Mawgoud Dardery.

NAIT holds title to approximately 70% of the Mosques in the United States.  Including Imam Mohammad Musri’s notorious Islamic Society of Central Florida Mosque in Orlando, FL. In June of 2009, Mohammad Musri’s Mosque was caught on film hosting a Hamas fundraiser.

The next time you hear about Hamas firing their Qassam rockets at Israeli civilians imagine the pride emanating from the Islamic Community of Tampa Al Qassam Mosque.

If the Muslims of Tampa were not proud of the all the dark, bigoted, and hate filled associations the word Al Qassam generates, why would they name their most revered place of worship the Al Qassam Mosque?

I propose the current Al Qassam Mosque leadership take sensitivity training classes because they have no idea how offensive everything associated with the Al Qassam Mosque founding and terrorist sympathies are to America’s freedom, liberty, and Representative Republic.