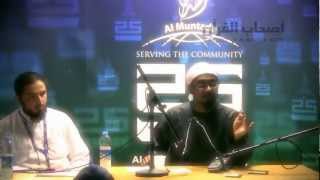 Radicalized Islamic Cleric Kamal El-Mekki‘s appearance in Central Florida from May 12-14, 2017 is generating real concern as he publicly advocates religiously sanctioned murder.  Kamal El-Mekki’s incitement to violence hate speech must be condemned by the media, local Islamic leaders, and the non-Muslim clergy.

A dangerous pattern of three radicalized Islamic Clerics being invited to speak in Orlando, in the last 16 months, can no longer be ignored.  Three Radical Islamic clerics will have visited numerous Mosques, held private events in the Orlando area, and now the Al-Maghrib Institute, reaching several thousands of Muslims living in the Orlando area. To date no Muslim cleric in Orlando has condemned any of these speakers and that is problematic in a spectacular fashion.  Who are these Radical Clerics invited to Orlando?

Now Radical Islamic Cleric Kamal El-Mekki  will be speaking in Orlando for a 3 day seminar May 12-14.

Why:      To teach the followers of Islam and the youth about doctrine and theology.

Polygamy is an Accepted Practice