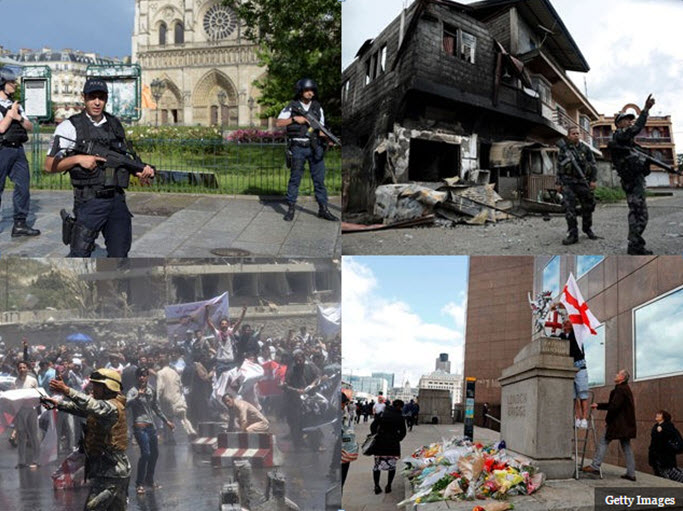 Updates will continue through the end of the Islamic holy month on June 24.

The estimated 832 deaths and 912 injuries from the estimated 60 attacks that have taken place across about 19 countries during the first 12 days of this year’s holy Muslim month of Ramadan have already marked the bloodiest Ramadan in recent years for adherents of Islam.

Jihadists believe martyrdom is doubly rewarded in paradise during Ramadan. Jihadist groups encourage martyrdom among their sympathizers and followers, promoting the belief that they will be doubly rewarded if they fatally castigate infidels during Ramadan. The holy month this year is on track to surpass the deadliest and bloodiest Ramadan in the modern record: Ramadan 2016.

Ramadan 2016 featured 1,150 casualties — both death and injuries. This year, terrorists – namely the Islamic State (ISIS/ISIL), Taliban, and al-Qaeda, among other jihadists – have already killed or wounded more than 1,500 people across about 15 countries and there are still about 20 days left in the month.

During the first 12 days of Ramadan 2017 period, there have been an estimated 60 terror attacks carried out in the name of Allah (by Islamic extremists) resulting in the death of 832 people and injury of 912.

The death toll for the first few days of Ramadan this year has already surpassed the fatalities that occurred during the entire holy month last year —  421 deaths and 729 injuries. Among the 2016 fatalities are women, children, and members of the Christian minority. This year is no exception.

There are members of a wide variety of ethnic and religious groups among the victims: Westerners, Christians, Asians, Sunnis, Shias, and Arabs. Muslims of all sects made up the majority. As recent attacks in England, Germany, and France show, the West is not immune to the Islamic extremists’ call to attack during Ramadan.

This year, the first full day of Ramadan fell on May 27. Muslims follow the tradition of abstaining from eating, drinking, smoking, having sex, and other physical needs each day, starting from before the break of dawn until sunset during the holy month.

Breitbart News’ count, gleaned from the Religion of Peace website in coordination with news reports, excludes the number of casualties directly linked to battles between U.S.-led coalition troops and jihadists groups, as well as Iranian- and Russian-backed troops loyal to dictator Bashar al-Assad.

If all of the deaths from the ongoing conflicts in Syria, Iraq, Libya, and Afghanistan had been included, the total number would be much higher. The Religion of Peace website acknowledges their estimate is an undercount, so the number of Ramadan deaths and injuries could be higher.

Some of the terrorist attacks during Ramadan 2017 include: