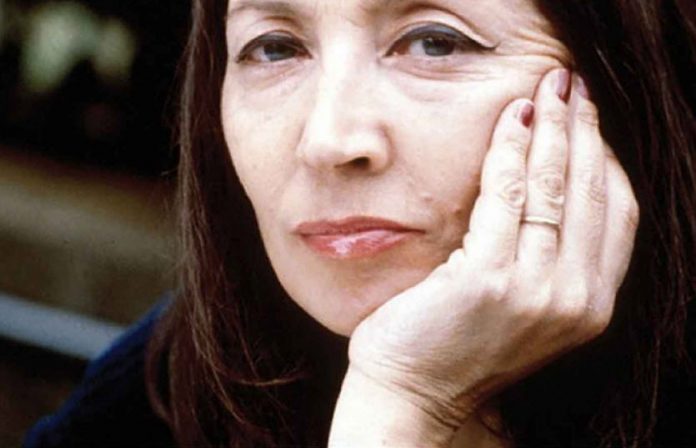 As Islamic terror sweeps the West and London and Paris fill with thousands of soldiers, it’s important to remember that this was not an unexpected surprise. People could and did see it coming. Among those who did was Oriana Fallaci.

Oriana Fallaci had come out of the left, but her views would make her a pariah. And yet immediately after September 11, there were still publications on the left that were willing to engage with her and discuss her views. In 2017, the left has largely forgotten that she ever existed. And any memory will quickly be swept away with shouts of Islamophobia.

It’s only the reality based community critical of Islamic migration and terror who still remember Oriana Fallaci.

Oriana Fallaci warned about the Islamic colonization of Europe and its consequences to women. And Robert Spencer’s Oriana Fallaci: Europe’s Cassandra is an important pamphlet that lays out the significance of her ideas and warnings.

Summary: Robert Spencer, the editor of the Center’s Jihad Watch Program and Fallaci’s personal friend in her last years, has written this pamphlet on the legacy of this great defender of the West and its values. The late Oriana Fallaci became a leading international journalist in the 1970’s and 1980’s with her interviews of figures such as Yasser Arafat and Indira Ghandi. She was always irreverent in the face of authoritarianism and once even angrily ripped off the chador she was required to wear to see the Ayatollah Khoumeni in the middle of their interview. But after 9/11, her Leftist allies turned on her one after another when she directed her anger toward radical Islam in a prophetic trilogy of books written just before her death. In them, Fallaci gave a final warning cry as to how Western societies were committing suicide by not taking up arms against the jihadis seeking to destroy them.