Circumcision is defined as cutting of female external genitalia which is carried out by traditional circumcisers. It is more common in South East Asia, Africa and some countries in the Middle East. The type of circumcision is different from one community to another according to the cultural belief. In the Kurdistan Region, this tradition is practiced due to the direct effect of Islam on Kurdish culture. The main reason behind circumcision is to decrease the female sexual desire to protect their virginity until marriage.

In the Islamic and Middle Eastern countries, women are considered to be the honor of their families, and the family’s position in the society is based on their women’s behavior. Islam as a religion has taken away many rights from women that made an obvious differentiation between men and women in the Islamic societies. Knowing that these Islamic societies have a negative effect on women and made female’s life harder than what it is. 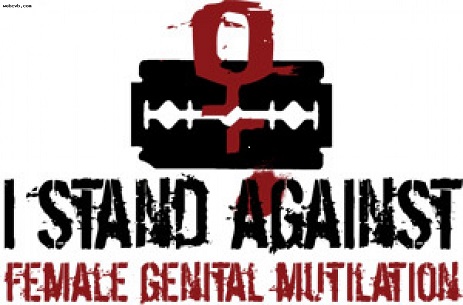 Circumcision harms women’s physical and psychological health, and it establishes a social inequality between men and women. From the physical health view, it may cause short and long term negative effects on females’ health. The short-term health problems include pain, bleeding, infection. The long-term health problems include gangrene, dyspareunia (pain during intercourse), and keloid (formation of scar tissue on the site of the cutting).  The main social problem is family isolation, divorce, and allowing the man to regard the woman only as a machine for making children. The psychological problems of the circumcision include anxiety, depression, emotional disturbance, and low self-esteem.

In the Kurdish culture and in Islamic societies, sexual intercourse out of marriage for women is the ultimate dishonor for the family, sometimes resulting in the death of the woman. It is also important to mention that women must remain virgin until they marry. It is argued that female circumcision protects females’ virginity since it is a sign of morality. If a woman is not cut, it is argued that she will follow her desires. Those that support female circumcision believe that it is a way to preserve virginity. Kurdistan is a close example of a Muslim-majority community that practices female circumcisions. It has become part of the culture and a tradition of the region.

This traditional or religious practice has been practiced more before, but now this rate has decreased mostly inside the cities. According to WADI, a nongovernmental organization, “In 2004, members of female-led mobile teams run by the relief organization WADI reported the existence of FGM in several villages of the Garmyan area, south of Suleymaniah. A subsequent study revealed that about 60% were affected.” A girl in these kinds of societies is considered an adult woman and marriageable when they go through circumcisions. According to “Female Genital Mutilation (FGM) Is Still a Challenge in Developing Countries,” “In several societies where FGM is practiced, a girl can’t be considered an adult/woman until she has FGM and hence a girl cannot marry without going through FGM.”

Moreover, the liberal and more educated people see female circumcision as an encroachment on females’ bodies. They also call it female genital mutilation instead of female circumcision in order to show the violation against women.  Pakhshan Zangana, the secretary-general of the High Council of Women’s Affairs in Kurdistan says, “FGM is a violation against the humanity of a woman,” and “the practice robs women of their will, objectifies and dehumanizes them and must be completely eradicated in Kurdistan.” Also, this group restates what doctors and experts say, according to doctor Zalmi, former professor of religious studies, “victims of this practice are consequently affected by many illnesses and physical complaints, including reduction in fertility, severe pain during sexual intercourse and an increased possibility of death during childbirth.”