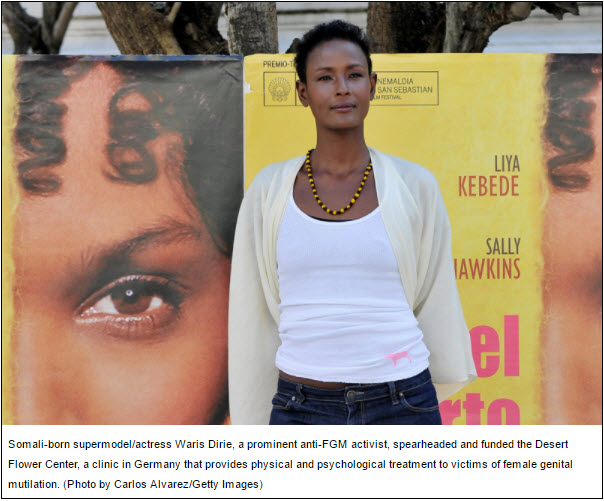 Attorneys for the defense of two Michigan doctors from India, and one of their wives, who were indicted by a grand jury on April 22 and charged with mutilating the genitals of two seven-year-old girls, intend to put forth a religious-freedom argument on behalf of their Muslim clients.

The defendants are members of Dawoodi Bohra, an Islamic sect based in their home country. In the federal case, the first of its kind since female genital mutilation (FGM) was banned in 1996, the defense team is claiming that the practice is a religious ritual and therefore should be protected by U.S. law.

Their plea unwittingly exposes the false claims made by prominent Muslims — such as Iranian-American religion scholar/TV host Reza Aslan and Palestinian-American activist Linda Sarsour, who have insisted that FGM is “not an Islamic practice.”

Female genital mutilation, also known as female circumcision, is the cutting or removal of the clitoris and/or the labia, as a way of eliminating a girl’s sexual desire and pleasure, to guarantee that she be a virgin before marriage and remain faithful to her husband afterwards. According to the World Health Organization:

FGM has no health benefits, and it harms girls and women in many ways. It involves removing and damaging healthy and normal female genital tissue, and interferes with the natural functions of girls’ and women’s bodies. Generally speaking, risks increase with increasing severity of the procedure.

Procedures are mostly carried out on young girls sometime between infancy and adolescence, and occasionally on adult women. More than 3 million girls are estimated to be at risk for FGM annually.

More than 200 million girls and women alive today have been cut in 30 countries in Africa, the Middle East and Asia where FGM is concentrated.

The influx of immigrants and refugees from these parts of the world into Western countries has led to a dramatic and dangerous increase of FGM in Europe, Britain and the United States. According to National Health Service statistics, at least one girl each hour is subjected to this excruciating procedure in the United Kingdom alone — and this is nearly 30 years after it was outlawed there.

In addition, a European Commission report revealed that around 500,000 women in Europe have undergone FGM, while many others are at risk of being forced to undergo it. In Germany, for example, a clinic was opened in 2013 to provide both physical and psychological treatment to victims of the procedure; an estimated 50,000 women in the country had been affected by it, with approximately 20,000 in Berlin. Called the Desert Flower Center, the endeavor was spearheaded and funded by Somali-born supermodel/actress Waris Dirie, a prominent anti-FGM activist.

On May 15, in the wake of the case of the FGM doctors in Michigan, the Minnesota House of Representatives and Michigan Senate approved legislation that would extend in the those states the existing federal anti-FGM laws to the parents of the girls subjected to the ritual. After all, it is the mothers and fathers who force their daughters to undergo it — or, as in the instance of Somali-born author Ayaan Hirsi Ali, her grandmother.

In a 2013 interview with the UK’s Evening Standard, Hirsi Ali — a former Muslim who rejected her faith and became an outspoken critic of Islam and Sharia law, particularly as it affects women — explained why it has been hard to prosecute family members involved in FGM:

“It was done to me at the age of five, and 10 years later, even 20 years later, I would not have testified against my parents,” she said. “It is a psychological issue. The people who are doing this are fathers, mothers, grandmothers, aunts. No little girl is going to send them to prison. How do you live with that guilt?”

The larger issue, however — which must be tackled alongside legislation — involves Western multiculturalism gone wild. Take, for instance, the decision on the part of New York Times health and science editor Celia Dugger in April to stop using the term “female genital mutilation” on the grounds that it is “culturally loaded.”

“There’s a gulf between the Western (and some African) advocates who campaign against the practice and the people who follow the rite, and I felt the language used widened that chasm,” she wrote.

FGM is no less appalling a crime than rape or slavery, yet self-described feminists in the West — including Muslims such as Linda Sarsour and non-Muslim activists on a crusade against “Islamophobia” — are either silent when it comes to barbaric practices or deny their connection to Islam. Does she support slavery as well, another practice supported by Islam, and still practiced today in Saudi Arabia, Libya, Mauritania and Sudan, as well as with Islamic State and Boko Haram?

This is why anti-FGM legislation, no matter how crucial, is insufficient. The time has come to be vigilant not only against practitioners and parents, but to expose and discredit anyone who tries to protect this brutality.

Khadija Khan is a Pakistani journalist and commentator, currently based in Germany.