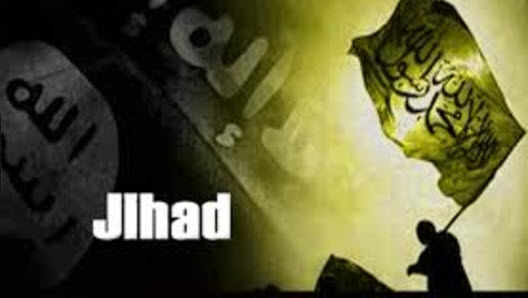 Jihad means “struggle” in Arabic. It is a central duty of every Muslim, as described by Robert Spencer on his webpage Jihad Watch. While Islamic theologians emphasize jihad as nonviolent, a struggle within the soul, there is also a component of violent jihad described in the Qur’an. Specifically, this involves the conversion of nonbelievers to Islam, “either by persuasion or by force.”

The goal of jihad is Sharia, or Islamic law. Jihad may manifest as stoning an adulterous woman, throwing a homosexual man off a building, or the acts of terrorism which have now become almost a weekly occurrence in Europe. Violence to further an ideology. Ends that justify the means.

The American left is waging a similar ideological war against non-believers of progressivism. Several days ago, J.R. Dunn, on these pages, raised the possibility of Antifa terrorism as an explanation for two recent Bernie Sanders supporters going on shooting sprees in the name of progressivism. I’d like to expand on his idea.

While not a formal religion, progressivism is similar to radical Islam in that it is based on beliefs and doctrine, not readily provable in a scientific sense, but instead accepted by faith. Challenging progressive doctrine, being a non-believer, brings scorn, ridicule, violence and even death threats.

Doctrines of this progressive religion include man-made global warming, free healthcare and education, taxing the rich, and Trump as an illegitimate president.

In the case of the Alexandria, Virginia, the threats became manifest via a progressive individual waging jihad, his own religious war against non-believers, in this case a group of baseball-playing Republican members of Congress. No this was not an attack against all of Congress, it was specific based on the shooter asking if the ball players were Republicans or Democrats.

James Hodgkinson, the baseball shooter, was a home inspector married for nearly 30 years. He was a political junkie, following and understanding the major political issues of the day, especially taxation. He wasn’t a raving lunatic, mentally ill as was James Holmes, the Aurora, Colorado movie theater shooter. Instead he was representative of most politically aware and engaged liberals. Writing to elected officials, speaking out on issues he was passionate about, active on social media. We all know people like this. Friends, coworkers, neighbors who we disagree with politically, but who are otherwise reasonable individuals.

Before his shooting spree, he was just another outspoken liberal. He was no different than the parade of hosts or guests on CNN or MSNBC, or any of the Sunday morning gabfests. His Facebook page looked like the editorial pages of the NY Times and Washington Post. He was a fan of Rachel Maddow and Dan Rather. He supported net neutrality and community justice. Bernie Sanders was his hero. The Daily Show and Comedy Central were his news sources. Republicans were clowns and Trump was an ass. He could have been any one of my liberal acquaintances, who believe as Hodgkinson did, that Trump must be destroyed. Yet somewhere along the way he became radicalized.

He read from the progressive hymnal, singing the gospel songs of the left – climate change, socialized medicine, social justice and punitive taxation of “the rich.” Anyone threatening or contradicting his religious beliefs, as non-believers, need to be dealt with harshly. It was time for jihad.

In Europe, nonbelievers are shot or raped, all in the name of religion and jihad. In America, jihad may be tepid, such as punching someone wearing a Trump hat or refusing to serve them in a restaurant. Now some ratcheting things up to the knife and gun club level — Jeremy Christian, the Portland, Oregon knife-wielding Bernie Sanders supporter, and James Hodgkinson, this week’s shooter, also a Bernie Sanders supporter. Anyone see a common thread between these two that the FBI, CNN and the NY Times seem to have missed?

The Muslims have mosques and crazed imams filling their heads with the glories of jihad, promises of virgins in paradise and martyrdom. No cable news shows but plenty of YouTube videos preaching the virtues of jihad.

The violent American progressives have the imams of big media. Hosts of the far-left cable programs or late-night comedy shows. Other imams reside in the Democrat bureaucracy. Radical progressives read not the Qur’an but instead the NY Times, Washington Post, and LA Times.

Imam Loretta Lynch told her faithful that “We need more marching, blood and death on the streets.” Imam Montel Williams encourages Michele Bachmann to slit her wrist or even cut off her own head. Imam Madonna wants to blow up, not an airplane or nightclub, but the Trump White House.

Progressive muftis issuing a fatwa calling for the execution of Donald Trump, just as Islamic muftis did for author Salman Rushdie.

This is where James Hodgkinson is getting his ideas. His radicalization. From the American progressives — media, Hollywood, academia, and the Democrat Party. Perhaps he listened to a college professor imam who said House Republicans “should be lined up and shot.” Taking his advice quite literally, he did just that during an early morning GOP baseball practice.

Much like Islamic jihad, the progressive jihad in America will continue and grow, fanned by the flames of the media and Democrats calling Trump an illegitimate president who stole the election from Clinton by working with the Russians to hack the election. Calling for him to be impeached. Or going further, as a Huffington Post writer did, demanding the “ultimate punishment” or execution, for Trump and his associates.

Fake news based on “anonymous sources”, unverified, walked back at the end of the news article, with the goal of whipping up outrage. Radicalizing the progressive masses.

In 1990, Bernard Lewis wrote “The Roots of Muslim Rage” for the Atlantic. He observed:

“For a long time now there has been a rising tide of rebellion against the Western paramountcy, and a desire to reassert Muslim values and restore Muslim greatness. The Muslim has suffered successive stages of defeat. The first was his loss of dominion in the world…The second was the undermining of his authority in his own country, through an invasion of foreign ideas and laws…The third — the last straw — was the challenge to his mastery in his own house, from emancipated women and rebellious children.”

Substitute “progressive” for “Muslim.” It all makes sense now. First, progressives suffered successive defeats — House, Senate, White House, state governorships, and legislatures. Second, their authority and ideas have been undermined by the deplorables voting them out of office. Third, emancipated working-class Obama voters in Midwestern states rejected the empty promises of progressivism in favor of Making America Great Again with Donald Trump.

Will those fanning the flames of violence be called to task and stopped? The Muslim imams in the Middle East won’t stop preaching. It seems that CNN and MSNBC don’t want to stop either. France has shut down radical mosques. In America, the First Amendment prevents stifling media organizations or individuals preaching progressive jihad.

Left unchecked, progressive jihad will continue and escalate. Muslim rage is now progressive rage. Trump is advancing his agenda. Claims of Russian collusion and hacking are evaporating. The rage of the left will grow as Trump remains in the White House, whipped into a frenzy by jihad rhetoric served up daily by the media. Is civil war ahead? How will that work out?

What to do? Trump’s approval rating is at 50 percent. Half the country is behind him, not part of the progressive jihad. Perhaps adopt the Palestinian strategy of BDS, boycott, divest, sanction. Hit the media in their wallet via their advertisers and sponsors.

There are calls for “moderate Muslims” to stand up to the radical imams and their followers. Where are the Republican equivalents? Where are prominent Republicans decrying the progressive jihad? Other than a Newt Gingrich or Pat Buchanan, the vast majority of Republicans happily acquiesce to the radical progressives, sharing in their desire to rid the country of Donald Trump. Tacitly supporting the progressive jihad just as silent Muslims give their de facto approval to Islamic jihad.

Time for wallflower Republicans to stand up to the progressive jihad. If Trump is taken down, they will be next. Just like the liberal groups that decry Islamophobia, not realizing they are also on the menu of Muslim jihad. Otherwise violent jihad, like the baseball shooting, will continue and escalate.