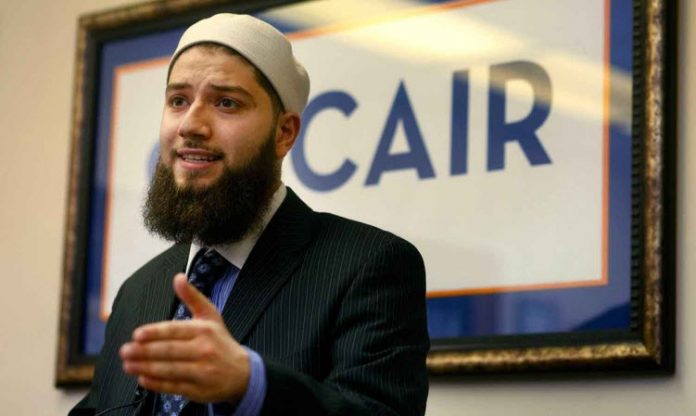 On February 23rd, CAIR-Florida Executive Director Hassan Shibly posted onto Facebook a New York Times puff piece written by former Muslim Brotherhood media spokesman Gehad el-Haddad, who is currently serving a life prison sentence in Egypt for inciting murder. The piece is titled ‘I Am a Member of the Muslim Brotherhood, Not a Terrorist.’ In it, El-Haddad states that he wrote the piece due to “an inquiry… underway in the United States regarding charges that the Muslim Brotherhood… is a terrorist group.” El-Haddad’s concern about labeling the Brotherhood a terror group is shared by Shibly, as Shibly’s own group becomes part of the conversation.

In November 2015, Ted Cruz and Mario Diaz-Balart introduced the Muslim Brotherhood Terrorist Designation Act of 2015, respectively in the US Senate (S.2230) and the US House of Representatives (H.R.3892). It has been a matter of speculation as to whether President Donald Trump will get behind this effort. Further speculation has revolved around including certain Islamist groups and entities who have their roots in the Muslim Brotherhood.

On February 12th, Hassan Shibly tweeted the following: “Trump’s plan to declare the Muslim Brotherhood a terror group is about going after American Muslims.” The words were the same as the title of an article published in mic.com, an alternative news site, which Shibly provided a link to. The article quotes CAIR-National’s Government Affairs Director, Robert McCaw. According to McCaw, “[D]esignating the Muslim Brotherhood as a terrorist organization is the Trump administration’s strategy to carry out McCarthyesque witch hunts on Muslim leaders and organizations within the United States.” And by “organizations,” of course, McCaw means CAIR, whose association to Hamas, the Brotherhood’s violent Gaza affiliate, is well known.

CAIR or the Council on American-Islamic Relations was created in June 1994 as part of an umbrella group led by then-global head of Hamas, Mousa Abu Marzook, called the Palestine Committee. CAIR has been named by the US government a co-conspirator for two federal trials dealing with the financing of millions of dollars to Hamas. CAIR had used its official website to raise money for the defendant in the trials, the Holy Land Foundation (HLF). Many CAIR representatives have served jail time and/or have been deported for terror-related activity, including former HLF head and founder of CAIR’s Texas chapter, Ghassan Elashi.

CAIR’s Florida chapter reflects the same violence-driven extremism of its parent organization. In July 2014, CAIR-Florida co-sponsored a pro-Hamas rally in Downtown Miami, where rally goers repeatedly shouted, “We are Hamas,” “Let’s go Hamas,” and “Hamas kicked your ass.” Following the rally, the event organizer, Sofian Abdelaziz Zakkout, wrote in Arabic, “Thank God, every day we conquer the American Jews like our conquests over the Jews of Israel!”

Shibly, CAIR-Florida’s Executive Director, has too exhibited this bigoted rhetoric and radical behavior. In August 2014, Shibly tweeted that “Israel and its supporters are enemies of God.” In November 2006, following the 2006 Lebanon War between Israel and Hezbollah, Shibly, whilst wearing a keffiyeh around his neck, told his university’s publication that Hezbollah was “basically a resistance movement” and “absolutely not a terrorist organization.”

In November 2016, Shibly retweeted a tweet made by the Palestinian Information Center, the media arm of Hamas which publishes Hamas communiques, gruesome anti-Semitic cartoons, and praise for murders of Israelis. The tweet was of a video of Arab-Israeli member of Knesset (Parliament) Ahmad Tibi shouting the Azan (Islamic call to prayer) in front of the Knesset. Tibi, like Shibly’s comment about Hezbollah, has stated, “I never use the expression ‘terrorist organization,’ when talking about Hamas. You will never hear those words out of my mouth.”

Shibly is an admirer of controversial Islamic lecturer Khalid Yasin, who, during a 2005 interview, stated the following about non-Muslims and homosexuals: “There’s no such thing as a Muslim having a non-Muslim friend. If you prefer the clothing of the kafirs over the clothing of the Muslims, most of those names that’s on most of those clothings is faggots, homosexuals and lesbians.” In September 2014, then-Fox News host Megyn Kelly pointed out on her show that, for at least four years, Shibly has referred to himself as a “fan” of Yasin on his Facebook page.

Shibly has targeted gays, himself. In May 2009, Shibly wrote on Facebook, “Pre-Marital Sex and Homosexuality are quick ways to earn God’s wrath.”

Hassan Shibly likes to pawn himself and his group off as “moderate,” but there is nothing moderate about either Shibly or his group’s behavior and rhetoric. If the Muslim Brotherhood does get added to the US State Department’s list of Foreign Terrorist Organizations (FTO), and if CAIR is shut down as a result, this will not be due to a “witch hunt.” It will be because they and their leaders deserve it.