Canada… What Are You Doing?  Thought You Respected Free Speech!  While it is known that you do NOT have a Constitution that guarantees Free Speech. 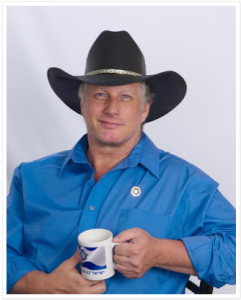 A U.S. citizen, William Finlay aka Wild Bill For America was invited to speak at WCAI (Worldwide Coalition Against Islam), an event to educate Canadians to the truth of Islam.  The United West knows Bill’s work and he presents facts based on validated sources.  Bill arrived at the Calgary, AB airport only to be greeted by the RCMP and immediately searched for “contraband”, whereby his iPad was taken and he was subsequently arrested for “hate speech” due to something they found.  Thankfully, he was released but deported instantly.  However, without his laptop which is now being thoroughly searched.  With possible criminal charges coming.

I am not an attorney, but Canada (according to a quick internet search) does have certain rights to protect against such unreasonable acts of arrest, search & seizure.  As referenced here:

Section 8 of the Canadian Charter of Rights and Freedoms provides everyone in Canada with protection against unreasonable search and seizure.

Freedom of speech in Canada is protected as a “fundamental freedom” by Section 2 of the Canadian Charter of Rights and Freedoms.

So, the question goes deeper.  1) How did William get targeted?  2) Why would they select him? 3) Why did they search his iPad? 4) What did the RCMP know that made William a suspect?  5) What made them release him so quickly if William had really violated their statutes/laws?  6) Why was he immediately deported? [Note: We are glad he was released and now home!]

Bill was invited to speak by a group who realizes the threat of Islam to their sovereignty.  He never made it to that event.  Again, I go deeper.  Who in that group alerted the RCMP to his arrival?  Who is the infiltrator who is Pro-Islam or is stupid enough to believe Islam is a “Religion of Peace”?   I think the WCAI needs to do some “house cleaning” and find the mole.  Or in this case the rat!

A prime example is to look at what Ramadan 2017 has presented the world as of Day 29, as documented by the website:  https://www.thereligionofpeace.com/    Terror in the name of Islam:  164 Attacks, 153 Kills

Also look at the violence in the “holy” book, the Quran that contains approximately 109 verses that call for Muslims to war with non-believers for the sake of Islamic rule.  Some examples here:

Quran (2:191-193) – “And kill them wherever you find them, and turn them out from where they have turned you out. And Al-Fitnah [disbelief or unrest] is worse than killing…

Quran (9:29) – “Fight those who believe not in Allah nor the Last Day, nor hold that forbidden which hath been forbidden by Allah and His Messenger, nor acknowledge the religion of Truth, (even if they are) of the People of the Book, until they pay the Jizya with willing submission, and feel themselves subdued.”

These are only a few of the many.

Canada, it is time you took a stand for Free Speech and made it a guarantee for the rights of the citizens.  Wild Bill’s story is not the only one that has occurred.  Other friends of The United West have had similar stories and had very costly results when fighting their cases.  When the Left tries to tear down the U.S. Constitution here on U.S. soil, as they are doing now, these cases across Canada and Europe remind us how protected we are by our Constitutional rights.  We MUST stand against its destruction and that means a fight against Islam’s totalitarian takeover!

Finlay served as a Navy Corpsman with the Marines before becoming a career law enforcement officer, serving as both a Deputy U.S. Marshal and Deputy Sheriff. A public speaker, frequent guest on radio talk shows, YouTuber and blogger, Finlay says his “mission in life is to encourage and strengthen America’s faith in God and Country. It is not politicians, but individual Americans with the courage to speak out who will keep freedom alive in the USA.”

Wild Bill for America… The United West stands WITH you in this fight!