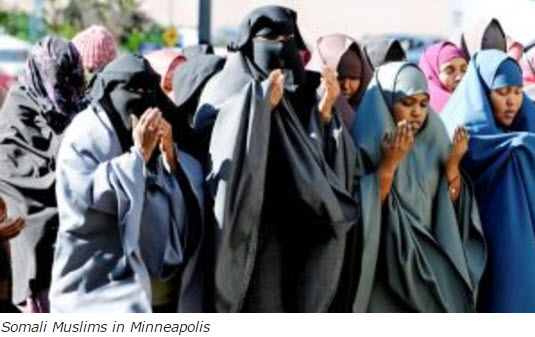 From Minneapolis (MN) to Hamtramck (MI) to Falls Church (VA) to Paterson (NJ) and many other towns and cities across the fifty states, the Islamic Movement is quietly conquering America.

The federal government sleeps, many state governments – including those controlled by Republicans – do their best to accommodate muslims waging Civilization Jihad against America, and the hard-left Marxists – including nearly all of the local and national media – are collaborators in the enemy’s efforts.

As Understanding The Threat (UTT) has previously reported, Minneapolis, Minnesota is currently enemy-held territory and will require force to take back.

Hamtramck, Michigan is a small suburb of Detroitistan, and is the first town in America to have a majority muslim city council.  This formerly Polish-Catholic town has been overrun by sharia-adherent muslims who have already achieved accommodations for sharia in the community.

Al Qaeda’s Anwar al Awlaki was the Imam of the Dar al Hijra beginning in January 2001 and serving for over a year there.

The community around Dar al Hijra has been taken over by sharia-adherent muslims.  Law enforcement calls the two twin apartment buildings in the area “Taliban Towers,” and the number of jihadis in this area of Northern Virginia, only minutes from the nation’s capital, is significant.

Historically, Paterson, New Jersey has been a melting pot of Irish, Germans, Dutch, Italians, Eastern Europeans and others.  Christians and Jews made a home in this town approximately 20 miles outside of New York City.

Now, estimates put the number of muslims in Paterson at over 30% of the total population.  This number – possibly over 40,000 – makes Paterson, New Jersey the town with the one of the highest concentrations of muslims in the United States.  Many Turks and Syrians are a part of the muslim community, but the majority are Palestinians/Hamas.  Many citizens are concerned for their safety and security. 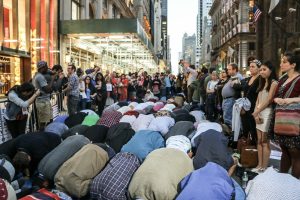 Muslims on the streets of New York City near Trump Tower on June 1, 2017

What do these four communities – Paterson, Falls Church, Minneapolis, and Hamtramck – have in common? 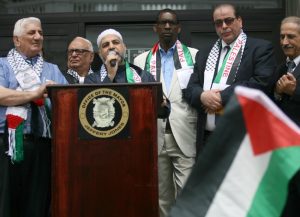 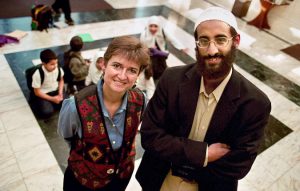 Cities which stand up against this onslaught, at least under the previous administration, find themselves fighting a lawsuit from the Department of Justice and U.S. Muslim Brotherhood groups.  In Bernard Township, NJ the town council said no to Islamic leaders’ request to build an Islamic center/mosque for a number of reasons.  The DoJ and the Muslim Brotherhood’s Islamic Center of Basking Ridge sued and forced the city to allow the mosque be built.

As each day goes by the problem gets worse and the enemy digs in and enhances their fighting positions in the United States.

UTT encourages all Americans to pay attention to what is going on around them in their community.  The enemy is inside the wall.  A muslim representing an Islamic organization has a 99.9% probability of being a jihadi because all of the prominent Islamic organizations in the United States are jihadi/hostile as a matter of fact.  Islamic leaders may give a friendly appearance, but they want what ISIS an Al Qaeda want – an Islamic state under sharia.

What are you doing to prevent your town from surrendering to the jihadis in your community?  Are you holding your leaders accountable?  Are you boldly speaking truth?  Do you understand the threat?

Sheriffs and Pastors are the most important people in this war.  We will attain victory when sheriff’s and their deputies understand the threat and aggressively go after it.  Law Enforcement can only do this if the citizens also understand the threat.  Pastors are the key to ensuring that happens, so they must speak truth in love to open the eyes of the American people.