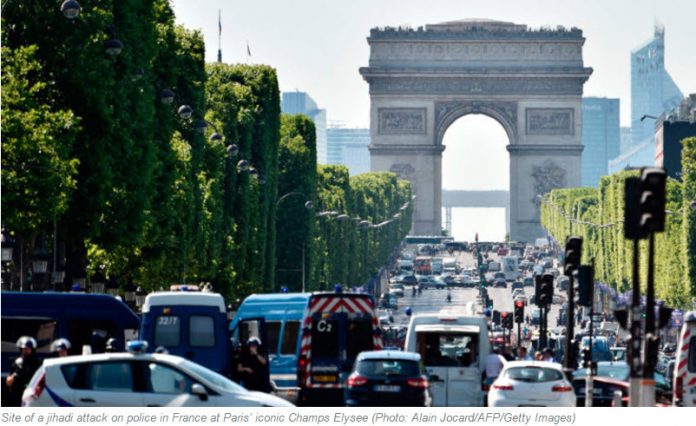 The Islamic holy month of Ramadan was three times bloodier than last year, according to a tally by Breitbart. There were at least eight acts of violent jihad in the North America and Europe.

According to the tally, 1,627 people were killed and 1,824 were injured during this year’s Ramadan, as compared to 421 being killed last year and 729 injured. Almost 160 terrorist attacks took place in about 30 Muslim-majority countries.

The following is a list of the acts of jihad that took place in the U.S., Canada and Europe (the suicide bombing at the Manchester Arena happened shortly before Ramadan begun):

The list does not include the vehicular attack on Muslims in London by an anti-Muslim extremist. One person died and 10 were injured.

Ramadan is a time of increased bloodshed because Islamists preach that the obligation to commit jihad is multiplied during the holy month as is the reward for those who die committing it.

The jihadists’ message resonates because the top Islamic authorities have long taught that Ramadan is the time of the year when Allah grants victory over Islam’s enemies.

For example, the Kentucky-based Islamic Research Foundation International says Ramadan is “the Month of Victory and Conquest.” Hizb ut-Tahrir’s U.K. branch called it the “Month of Heroes and Victory.”

Analyses that attribute Ramadan’s bloodshed to ISIS are simplistic and incomplete. The fact of that matter is that ISIS merely taps into long-standing beliefs about Ramadan and the atonement of sins through martyrdom in jihad.

The truth is succinctly stated in the title of Hassan Hassan’s article: “ISIL’s Discourse is More Common Than You Think.”

“Even if the group is defeated, its toxic discourse will remain intact, if not strengthened by mainstream media…an opportunity to discredit the idea has been missed…In the meantime, such [Islamist] extremists preach from places like London, often engaging in idiomatic gymnastics and ambiguity to avoid legal accountability,” he writes.

Muslim groups who condemn the bloodshed of 2017’s Ramadan must step up to the plate and challenge the war-centric view of Ramadan. If they don’t, then we shouldn’t expect 2018’s Ramadan to be any different, regardless of the status of ISIS by then.