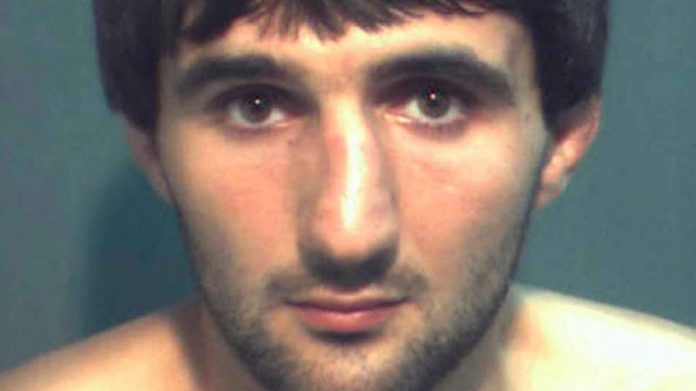 CAIR not bothered that its client, Ibragim Todashev, was involved in triple murder.

The Council on American-Islamic Relations (CAIR) is associated in large part with terrorism. The group has its roots in terrorism; it has helped finance terrorism; it co-sponsors rallies promoting terrorism; and it has lost, through deportation and incarceration, a number of officials who have been involved in and/or linked to terrorism. Given CAIR’s terror-related history, as well as the group’s appetite for generating lawsuits, it makes sense that CAIR would provide legal defense to someone who is also related to terror, someone like Ibragim Todashev, who is linked to the perpetrators of the April 2013 Boston Marathon bombing.

Last month, on May 22nd, the parents of Chechen-born Ibragim Todashev filed a wrongful- death lawsuit against two federal agents and two Massachusetts state troopers, claiming that their son’s death, which took place exactly four years earlier, “was the result of excessive force by FBI agents.”

Beginning May 21, 2013, during questioning from the FBI, Todashev admitted to his and Boston Marathon bomber Tamerlan Tsarnaev’s involvement in a triple murder that took place in Waltham, Massachusetts on September 11, 2011, well over a year prior to the Boston bombing. The three victims, who were all Jewish, had their throats so violently slashed that they were nearly decapitated.

According to witness reports, following his confession, Todashev, a former mixed martial artist, became enraged and hurled a coffee table at the FBI agent conducting the interview, Aaron McFarlane, giving the agent a gash on his head which he would receive stitches for. Todashev then allegedly lunged at the agent with a metal pole, to which the agent responded by opening fire on him. Todashev, once again, attempted to attack, before dying, shortly after midnight, with six shots to the torso and one to the head.

The Florida State Attorney’s Office, in its final report regarding Ibragim Todashev’s death, concluded: “Given the totality of the circumstances at the time of this incident… the use of deadly force by the FBI Agent on May 22, 2013, was reasonable and justified, and therefore, lawful.”

The US Department of Justice Civil Rights Division, in its report on Todashev, concluded: “[T]he evidence does not reveal a violation of the applicable federal criminal civil rights statutes or warrant further federal criminal investigation of the May 22, 2013 death of Ibragim Todashev, who was shot in an Orlando, Florida apartment by an FBI Agent during the investigation of Todashev’s role in a 2011 Walthan, Massachusetts triple homicide.”

None of this – the terrorist connections, the murders, the investigative reports clearing the FBI of any wrongdoing – seem to matter to CAIR, as the group has supplied two of its Florida chapter attorneys to represent Todashev’s parents against those who are charged to protect us. But then again, CAIR has its own terror-linked past (and present).

CAIR was created in June 1994 by an umbrella group led by then-global head of Hamas, Mousa Abu Marzook, called the Palestine Committee. CAIR was later named by the US government as a co-conspirator in federal trials dealing with the financing of millions of dollars to Hamas. CAIR had used its official website to raise money for the defendant in the trials, the Holy Land Foundation (HLF). Several CAIR representatives have served jail time or have been deported for terror-related activity, including former HLF head and founder of CAIR’s Texas chapter, Ghassan Elashi.

CAIR’s Florida chapter reflects the same violence-driven extremism of its parent organization. In July 2014, CAIR-Florida co-sponsored a pro-Hamas rally in Downtown Miami, where attendees repeatedly shouted, “We are Hamas,” “Let’s go Hamas,” and “Hamas kicked your ass.” Following the rally, the event organizer, Sofian Abdelaziz Zakkout, wrote in Arabic, “Thank God, every day we conquer the American Jews like our conquests over the Jews of Israel!”

The CAIR lawyers representing Todashev’s parents are Thania Diaz Clevenger and Tark Richard Aouadi. Besides his involvement with CAIR, Aouadi is also the Treasurer of the Arab American Community Center of Florida (AACC), a group also with a checkered history.

In January 2009, AACC was one of the main organizers of a brutally anti-Israel rally held in Orlando, titled ‘Let Gaza Live!’ During the rally, speakers and marchers called for the destruction of the Jewish state, chanting “From the river to the sea, Palestine will be free.”

In August 2014, current board member of AACC, Manal Fakhoury, wrote on Facebook the far-flung conspiracy that “ISRAEL RUNS AMERICA!” Fakhoury has also called the imprisonment of Palestinian Islamic Jihad operative Hana Shalabi, who reportedly was involved in the kidnapping of an Israeli soldier, a “grave injustice” and has glorified and legitimized Hamas saying Hamas is “fighting for their liberation.”

In 2015 and 2016, AACC helped coordinate the ‘Day of Dignity,’ a nationwide event run by the radical Muslim group Islamic Relief (IR). IR has given millions of dollars to groups associated with al-Qaeda; Israel has labeled IR a Hamas front and has banned the group; Russia has accused IR of supporting Chechen terror; and Britain’s HSBC bank cut ties with IR over concerns about “terrorist financing.”

Regarding the Todashev case, CAIR had announced its intentions of initiating a $30 million lawsuit against the FBI, over two years ago, at a press conference in March 2015. The event featured then-head of CAIR’s Orlando office Ahmad Saleem, who is now serving a two year prison sentence for plotting to have sex with a twelve-year-old girl. Now, finally, CAIR has its Todashev suit. Hamas, Chechen militants and sexual predators can rejoice.

The Todashev lawsuit is a case study in CAIR’s modus operandi: waging ‘lawfare’ – instigating lawsuits and issuing legal threats – against law enforcement and individuals and organizations whom they label as “anti-Muslim” or “Islamophobic,” in order to create a chilling effect on anyone who stands up to and/or sounds warnings against overt Muslim aggression and stealth jihad.

Citizens must hope that the lawsuit will be dismissed for the frivolous suit that it is. Any other outcome would be setting a dangerous precedent and granting a victory for a group which has openly declared its opposition to Western civilization and the democratic process, which it exploits to further its Islamic supremacist ambitions.