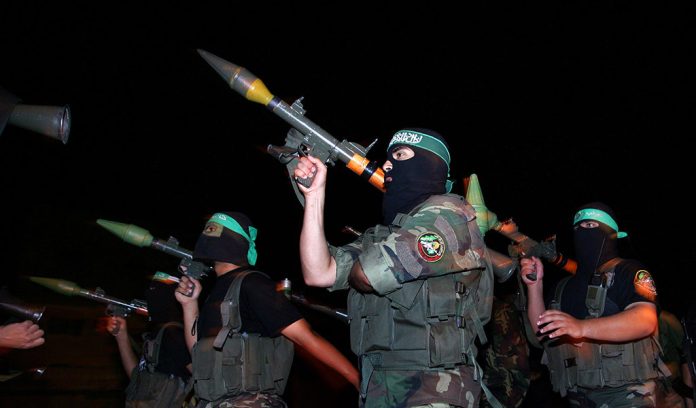 The choices made by Palestinian leaders are deliberately spurring on a crisis over electricity for their own benefit, with Palestinians as the victims.

Here’s the crisis explained in brief:

Palestinian Authority President Mahmoud Abbas, himself a dictator (since he cancelled elections after becoming president in 2005) has informed Israel that he will no longer pay for electricity to Gaza. He made the decision because Hamas is unable to pay for its electricity anymore.

This electricity is provided on behalf of the Palestinian Authority to Gaza by the Israeli electric company. Abbas asked Israel to cut power to the Gaza Strip since he decided not to foot the bill. Israel complied, reducing electricity supply by 40 percent.

News of the cuts spread internationally. Since Gaza consists of a small area where two million people live, a humanitarian disaster is in the making. Gaza’s power plant has already been shut down since April, again because of unpaid bills by Hamas, so the territory already only had power for around four hours a day.

Egypt stepped in on Thursday to ease the crisis, sending one million liters of fuel to restart Gaza’s power plant.

However this measure is only a temporary stop gap measure, and the crisis will reemerge when the fuel is used up.

What Does This Have to Do With Anything?

Gaza’s electricity crisis is symptomatic of a broader policy of Islamist terror factions, in general, and Hamas, in particular. Understanding and refusing to engage in this manipulative cycle is essential to defeating these groups and essential for ending the cycle of deprivation hitting those living in areas controlled by jihadis.

How does the cycle work? It can be loosely broken up into three stages:

1.Spend all the money on terrorism.

Hamas collects 100 million shekels ($29,000,000) a year in taxes from residents in Gaza. It has also been given hundreds of million dollars in international aid for reconstruction and humanitarian assistance. Yet, this year, Israel’s security services arrested Muhammad Murtaja, the head of the Gaza branch of the Turkish charity IHH, for siphoning off aid money for terror purposes.

“The egotistical Hamas terror organization has robbed funds that are meant for the needy of Gaza from international organizations. Hamas prospers at the expense of the residents of the Strip and uses donations meant for them to finance terror,” Major General Yoav Mordechai, coordinator of government activities in the territories said of the arrests.

Nor is this case isolated. In 2016, Israel arrested Waheed al Borsh, an engineer working for the United Nations Development Program (UNDP), for stealing aid money to build a jetty for Hamas’ naval forces.

More egregiously the manager of international charity World Vision has been charged with funneling at least $43 million earmarked for international aid to Hamas’ military wing to pay for fighters and weapons.

As the independent think tank the Begin-Sadat Center for Strategic Studies notes, “According to the budget and expenditures for the 2013 fiscal year released by the last official Hamas government in 2014, a mere 2% of total expenditures of $348 million went to development and only 11.2% to social welfare transfers (compared to 25% in Egypt, which has a similar socio-economic profile). The rival PA estimates that over two-thirds of Hamas expenditures went to the production of terror.”

Spending in this way harms the inhabitants of Gaza. This, however, is a win for Hamas, because …

It’s important to note that the humanitarian crisis is real. According to Israel itself, in addition to the blackouts, 96% of Gaza’s water is reportedly not fit for drinking, due to the strain on the aquifers. There are widespread shortages. Unemployment is at 42%.

At this stage, Hamas’ goal is now to use these crises to extract concessions from Israel and malign Israel in the international press.

During the recent electricity crisis, Hamas spokesman Sami Abu Zuhri thundered that Israel “bears responsibility for the consequences of the reduction.”

“Israel is trying to cause a humanitarian crisis in Gaza to oust Hamas,” accused Vice, in an incredibly misleading headline, despite the fact that even the Palestinian Authority blamed Hamas for the current crisis.

The UN Special Envoy on the Peace Process Nikolay Mladenov warned that the humanitarian crisis could spark another war, giving as the reason that “people will be angry, increasingly desperate…”

The UN humanitarian coordinator for the occupied territories, Robert Piper, warned of the disastrous effect of further power cuts. A joint statement signed by 16 NGOs, including Rabbis for Human Rights, B’Tselem and Peace Now, called on the Israeli attorney general to intervene and force Israel to give Gaza free electricity on the grounds that Israel is legally responsible for the humanitarian welfare of the Gaza strip.

Amnesty International and other global NGOs also joined the condemnation.

All these condemnations harm Israel’s image  and increase pressure on it, creating strategic opportunities for Hamas to exploit for …

If Israel gives Gaza free electricity, it will, in effect, be subsidizing Hamas terrorism by freeing up resources that would be spent on paying for its own electricity, thus paying for terrorism.

This money will be coming from the pocket of the Israeli taxpayer.

If Israel refuses to pay for Hamas’ electricity, it tarnishes its already battered international image. It also puts itself in a moral quandary as images of beleaguered Palestinians roll across the news. This can also create social and political tension in Israel.

If Israel decides enough is enough and invades Gaza to replace Hamas, this will also benefit Hamas. As soon as the body count starts racking up, international and Palestinian sympathy will swing to support Hamas, as happened during and after the last Gaza war.

As the Jerusalem Post noted in their editorial on the electricity crisis, “Ultimately, the so-called electricity crisis is of Hamas’s making. As with the Islamist movement’s use of human shields, its purposeful positioning of combatants and rocket launchers in the midst of population centers, so too the default on Gaza’s electricity bill presents Israel with a difficult moral dilemma.

“Hamas is willing to sacrifice the lives of Gaza’s civilians in order to win the battle of public opinion. The image of a sick Palestinian baby lying untreated in a darkened Rantisi Pediatric Hospital in Gaza City is a blow to the gut that is impossible to explain away.”

Hamas has already asked the UN, Europe and the Arab states to intercede with Abbas over the crisis. Meanwhile a ship containing 10,000 tons of aid from the Turkish IHH charity — the same charity whose head was arrested for using aid money to fund Hamas terror — docked in Ashdod so the goods could be taken to Gaza.

International donors give millions in aid to Gaza and will in all likelihood do so again if the situation worsens.

If this happens, Hamas will reap the benefits and steal the fresh aid money to fund terrorism while ignoring those who live under its rule.

Theirs is the strategy of the boa constrictor, aiming to slowly choke out Israel, not through brute force, but through relentless attrition and making all choices bad choices. The fact that Palestinians suffer is not only not a moral consideration, but it is actually part of the plan.

It is both brilliant and evil.