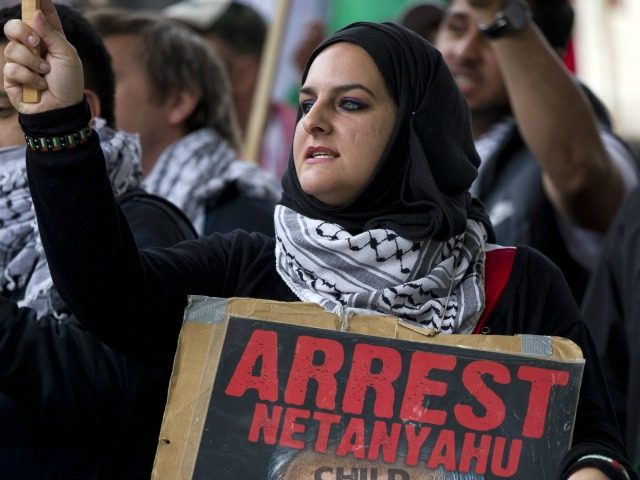 The Algemeiner reports: A UN forum on the Palestinian issue on Friday provided a platform for anti-Zionist activists to promote the BDS campaign, claim that Israel practices “apartheid worse than South Africa,” and even – in the case of one Israeli Jewish speaker – proffer a formal apology for having taken up Israeli citizenship under the Law of Return.

The second day of the two-day forum marking “Fifty Years of Occupation” was designed to showcase the perspectives of Palestinian NGOs and their international supporters. Hosted by the UN Committee on the Exercise of the Inalienable Rights of the Palestinian People (CEIRPP), the forum was earlier this week strongly condemned by Israeli diplomats at the UN, who stated that some of the speakers were connected to terrorist groups including Hamas and the Popular Front for the Liberation of Palestine (PFLP).

UN Secretary-General Antonio Guterres – who declared in April that the denial of Israel’s right to exist is a “modern form of antisemitism” – earlier distanced himself from the meeting. Stephane Dujarric, the spokesman for Guterres, told reporters on Thursday that the forum “is not something that is being sponsored by the Secretariat. I think any questions as to the invitees and the way the meeting is organized should be directed to the members of the committee.”