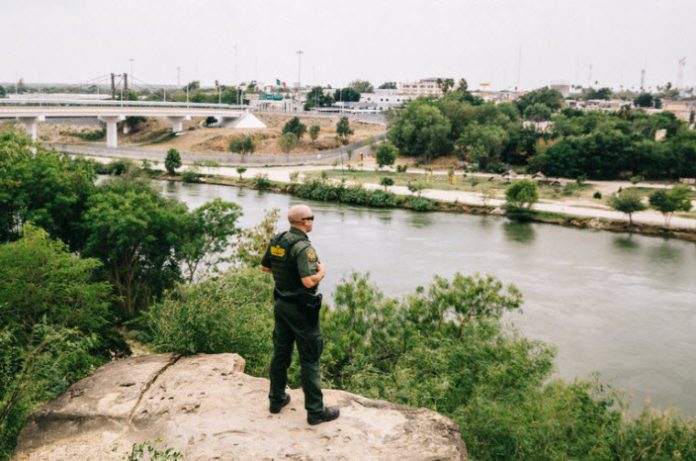 Michael Johnson, a Customs and Border Protection field agent, looking over the Rio Grande at Miguel Alemán, a Mexican town across the river from Roma, Tex. CreditWilliam Widmer for The New York Times

WASHINGTON — The Department of Homeland Security will start construction of prototypes for a border wall this summer in the San Diego area, agency officials said on Tuesday, the first step in fulfilling a campaign promise made by President Trump.

Homeland security officials said the prototypes would be added to the existing border walls in San Diego and would allow the agency to evaluate which barriers are most effective in giving Border Patrol agents time to respond to illegal drugs and human smuggling. Officials said they planned to build four to eight prototypes but did not say when construction would begin.

“We own that land, have access to it and it’s a good place to start testing in a real-world environment,” Ronald D. Vitiello, acting deputy commissioner at Customs and Border Protection, said at a news briefing.

John F. Kelly, the secretary of homeland security, has said that there are no plans to build a wall along all 1,900 miles of the border with Mexico, which Mr. Vitiello has also said.

Mr. Vitiello added that the agency had identified about 130 miles that would be unsuitable for a border wall because of bodies of water or other challenging terrain.

After Mr. Trump issued an executive order on a border wall in January, Customs and Border Protection in March issued two requests for proposals, for both a concrete wall and other wall types.

Officials at Customs and Border Protection say they have received hundreds of bids for prototypes, but the agency has not yet chosen vendors.

Despite the requests for proposals, funding for a wall was not included in the spending bill passed by Congress. But homeland security officials used $20 million allocated from other programs at the department to pay for prototypes. The agency has identified the San Diego area and the Rio Grande Valley region in South Texas as priority areas for new border walls.

The president’s plan to build a border wall was part of a contentious budget fight this year. The administration was seeking $3.6 billion for the 2017 and 2018 budgets for just over 100 miles of wall. But members of Congress — Democrats and Republicans — balked at the amount and instead increased funding to expand technology at the border.

The requests from Customs and Border Protection, the parent agency of the Border Patrol, said vendors should submit designs that make it essentially impossible for a person to climb the wall or gain access with a ladder.

The design should include anti-climb topping features that prevent scaling using common and more sophisticated climbing aids, the agency said in the proposal requests.

To address concerns that drug cartels or others may dig tunnels under the wall, the requests ask for designs that “prevent digging or tunneling below it for a minimum of six feet below the lowest adjacent grade.”

Despite the desire for an imposing wall, homeland security officials also want to ensure that the structure is at least somewhat aesthetically pleasing, at least from the American side.

There has been intense opposition to building a wall in some communities near the border.

In Texas, there is bipartisan opposition from most of the state’s congressional delegation.

Senator John Cornyn, a Republican, has questioned the effectiveness of a border wall, saying, “I don’t think we’re just going to be able to solve border security with a physical barrier because people can come under, around it and through it.”