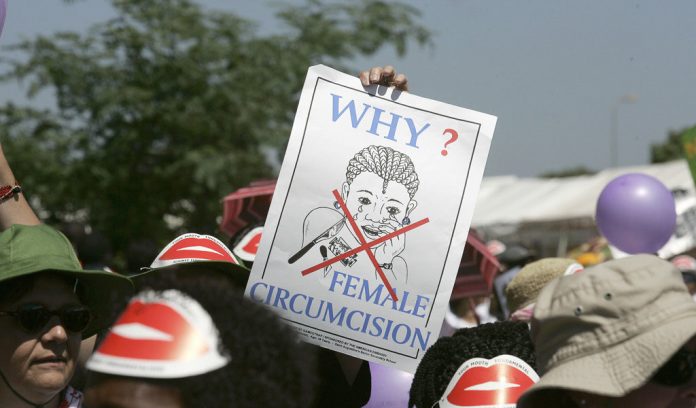 Two mothers have been arrested in the landmark case against a Michigan doctor and two of her associates charged with performing female genital mutilation (FGM) on six girls, The Detroit News reported.

Prosecutors in the case say the doctor may have cut many as 100 girls.

The two mothers are not American citizens, but rather hold Indian passports and are part of the Dawoodi Bahra Muslim Indian community which is under investigation in the ongoing case. The two women, Farida Arif and Fatema Dahodwala, both from Oakland County, Michigan, were released on $10,000 unsecured bonds and must wear GPS bracelets.

They were to told to refrain from any contact with the other defendants, witnesses and victims, with the exception of their daughters.

The case began with the arrest of Jumana Nagarwala, an emergency room doctor from Northville, who allegedly cut the girls at a clinic in Livonia. The clinic is owned by Dr. Fakhruddin Attar from Farmington Hills and run by wife Dr. Farida Attar, both of whom are charged in the case.

Lawyers for the defendants plan to claim that no mutilation occurred, but rather what took place was a religious procedure. The lawyers will then invoke their clients’ right to freedom of religion.

However, medical examinations showed the girls’ genitals were significantly altered with entire parts of their genitals removed. Scar tissue and lacerations from healing were also observed.

The case, which marks the first prosecution for FGM in the U.S., began in February, when Nagarwala was accused of performing the procedure on two seven-year-old girls from Minnesota and covering up the crime. Since then, the investigation widened significantly.

The Detroit News reports that according to court records, members of the Dawoodi Bohra community who have spoken out against the procedure, it is performed to suppress female sexuality, reduce sexual pleasure and curb promiscuity.

Victims of the procedure from the community say it has left them scarred for life with a host of physical problems (especially having to do with the urinary system) and unable to have sexual pleasure.

The Dawoodi Bahra community generally performs Type I FGM, which involves the removal of the prepuce (the fold of skin surrounding the clitoris) with or without removal of  the entire clitoris.

In the following video, members of the Dawoodi Bohra community speak out against FGM:

For a complete report about FGM, see Clarion Project’s in-depth Fact Sheet on the subject or our brief summary, FGM 101.