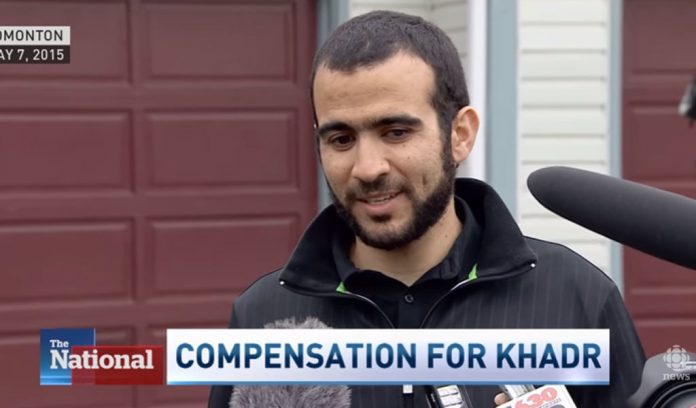 A few days ago we celebrated Canada’s 150th birthday, and I wrote a glowing piece about my love for this country that I call home.

This is why when I see something going terribly wrong, it hits me right in the heart.

Since my family and I came to Canada, and since the start of the global jihad, the one thing my husband and I have been paranoid about is our kids getting radicalized. We tried to keep them as far away as possible from the radical ideology we gladly escaped from in Pakistan.

There were times when our children were told that they need not interact with those who are not of their faith or show loyalty to this land, and we quickly quashed these ideas before they took root.

We pointedly told them that their Canadian citizenship is a privilege and not a right, and that it comes with a great sense of responsibility both to the land and the people. Our paranoia was such that even if they had experimented with alcohol or drugs (while not the ideal), we knew that it was better than experimenting with radicalization, because we know that the virus of jihadism is deadly.

Our fears were not baseless. A few years ago, a friend’s son (about the same age as our sons) was radicalized by a local mosque in Canada. The young teen was told that his parents were “sinners” because the mother did not wear a hijab and the father sometimes took a drink.

Their son was manipulated and manoeuvred into moving in with the mosque folk, marrying one of their girls and leaving home, never to be seen again by his parents. I was shocked to see this happening in Canada, where I have also heard of other cases where young teens were incited towards violence and sometimes taken overseas for radical training.

As a parent, I would never allow my children to even listen to jihadi propaganda, let alone participate in it. This is what I believe normal parents do.

Then we have Omar Khadr. His father took him to the killing fields of Afghanistan, indoctrinated him into the vicious Al-Qaeda ideology led by a mass murderer named Osama bin Laden. At age 15, the young Khadr participated in so-called jihad and killed a U.S solider. He was caught and sent to Guantanamo. Meanwhile, back in Canada, the Khadr family made public statements about their lack of faith and loyalty to Canada.

Today there is news that the Canadian government will not only apologize to Khadr but will also pay him a settlement of $10.5 million. (Khadr had previously been seeking $20 million in a wrongful imprisonment civil suit against Ottawa.)

As a parent, I feel immense pain for teens sucked up by radical ideologies. Yet, this case dangerously shows that to succeed in life and get lots of money, one can fight on the side of evil and be rewarded for it.

It’s not just the money that is of concern here. I’m sure the Canadian government will find ways to tax the veterans more or sell arms to despotic regimes to make up the deficit.

The Khadr apology and settlement is a slap in the face of those of us who are in the unrewarded position of fighting for the rights and freedoms of those in the West.

For many years, I’ve been warning Canadians to be worried about the Islamist agenda. Today I am very worried.

In the National Post, journalist Christie Blatchford explains the Canadian mindset. Writing about the Khadr case, she says,

As a wise historian friend says, ours is a society increasingly reliant upon “social-progressive notions that seek to erase all images of injustice to individuals, no matter how long ago or in what context or circumstance … Our society accepts that we allow all our ‘victims’ to become our ‘heroes’ because a certain strata of Canadians feel good, because Canada is proving that we are more just than everyone else on the planet.”