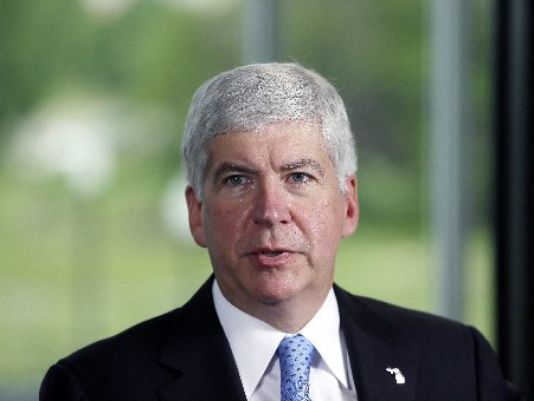 Millions of little girls and young women have been subjected to a painful rite of passage that involves cutting their genitals — often without anesthesia — for centuries in parts of Asia, Africa and the Middle East. – Detroit Free Press

“Those who commit these horrendous crimes should be held accountable for their actions, and these bills stiffen the penalties for offenders while providing additional support to victims,” Snyder said. “This legislation is an important step toward eliminating this despicable practice in Michigan while empowering victims to find healing and justice.”

Under the main bill, female genital mutilation would be considered a felony in Michigan, punishable by up to 15 years in prison. That’s a harsher penalty than the 1996 federal genital mutilation law, which includes a sentence of up to five years in prison. Michigan will join at least 24 other states that have passed anti-genital cutting laws over the last two decades.

The bills arose out of the case of two doctors and a physician’s wife who are facing federal charges for their alleged roles in the genital cuttings of two 7-year-old girls from Minnesota at a clinic in Livonia in April. The defendants, who have all denied engaging in genital mutilation practices, are part of a small Indian-Muslim sect that was at the center of a prosecution in Australia last year that ended with three people each getting 15-month prison sentences.

After the Livonia case, two Oakland County mothers were also charged with subjecting their daughters to the banned religious cutting ritual that has now been linked to four Michigan girls.

This brings the total number of identified victims to six — two from Minnesota, four from Michigan. And the number of defendants charged in the historic case is now up to six, including two doctors, a physician’s wife, two mothers and a sixth woman — all of them accused of participating in various degrees of subjecting young girls to genital cutting as part of a religious practice within their Indian Muslim sect.

Other bills in the package — HB 4636-4641, 4661,  4690 and SB 337-338, 368-369 and 410 — provide penalties for transporting a person to a state for the procedure, set the statute of limitations for the crime to 10 years, revokes the medical license of a person who performs the procedure; allows for victims to file civil lawsuits; and creates an education outreach program to inform the public about the health risks of female genital mutilation.