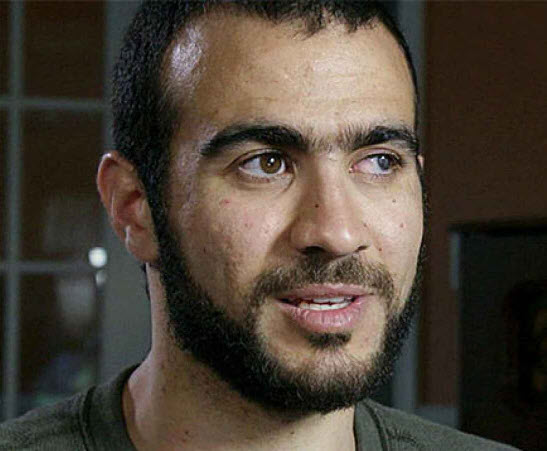 But what will Omar do with the money?

Omar Khadr confessed to killing one U.S. soldier and blinding another with hand grenades in Afghanistan, but then charged that his confession was coerced through torture at Guantanamo Bay, and so the Canadian government of Justin Trudeau has just awarded him $10,500,000 ($8 million in U.S. dollars). Predictably, not everyone is happy. Conservative Party Leader Andrew Scheer said: “This payout is a slap in the face to men and women in uniform who face incredible danger every day to keep us safe.”

Tabitha Speer, the widow of the man Khadr killed, Sgt. Christopher Speer, and Layne Morris, the man Khadr blinded, tried to get an emergency injunction to stop the payment, in light of a civil court order issued in Utah in 2015, calling upon Khadr to pay Speer and Morris $134 million. But it was too late. Apparently to forestall such initiatives, the Trudeau government quietly paid Khadr the full $10,500,000 so swiftly after announcing that it was going to do so that no action could be taken.

Andrew Scheer said, quite rightly, that handing over the money to Khadr before Speer and Morris could file their injunction was “not just wrong, but disgusting … contempt for the widow of a war hero. This shows such a mean-spirited attitude towards the true victims of his whole ordeal.”

Adding insult to injury, Canada’s Public Safety Minister Ralph Goodale and Foreign Affairs Minister Chrystia Freeland issued a revoltingly obsequious apology to the killer: “On behalf of the government of Canada, we wish to apologize to Mr. Khadr for any role Canadian officials may have played in relation to his ordeal abroad and any resulting harm. We hope that this expression, and the negotiated settlement reached with the government, will assist him in his efforts to begin a new and hopeful chapter in his life with his fellow Canadians.”

The Canadian government did not issue any apology to Tabitha Speer or Layne Morris, although it did aver that what the Speer family had been through was a “tragedy.” The new millionaire, who spent part of his childhoodliving with close family friend Osama bin Laden in his secret compound in Pakistan, seemed to feel a pang of regret or two for his victims as well. He said that saw the payout as a kind of vindication: “I think it restores a little bit my reputation here in Canada, and I think that’s the biggest thing for me.” But CBC noted that he added “that he is sorry the apology or monetary settlement could cause pain for the family of the soldier he is accused of killing.”

Yeah, that’s a real shame. But if Omar Khadr were really sorry about that, there is one simple thing he could do to assuage his sorrow: he could immediately turn over the full amount to Tabitha Speer and Layne Morris. That he does not do so reveals his sorrow to be crocodile tears, designed to fool the always easily foolable establishment media.

So if he is not going to be generous with Speer and Morris, what is Khadr going to do with his windfall? Will he, as the Islamic Republic of Iran did with Barack Obama’s multi-billion dollar largesse, turn it over to jihad terror groups, so as to further the work that Osama bin Laden raised him to do, and that he was doing on that battlefield in Afghanistan when he was captured? Or will he pump his millions into “Islamophobia” watchdog groups that will use it to continue attacking the freedom of speech and making people too afraid of social ostracism and/or legal repercussions to speak out strongly about the nature and magnitude of the jihad threat?

Whatever Omar Khadr does with the money, he is unlikely to devote it to the defense of freedom and human rights. Undermining that defense has been what Omar Khadr has been all about ever since he learned jihad at Osama bin Laden’s knee. His lawsuits have only served to undermine efforts to resist the global jihad, and so they serve that jihad no less than his grenades did.

Layne Morris said of the payment: “I don’t see this as anything but treason. It’s something a traitor would do. As far as I am concerned, Prime Minister Trudeau should be charged.” One thing certainly cannot be disputed: Trudeau has given aid and comfort to the enemy.