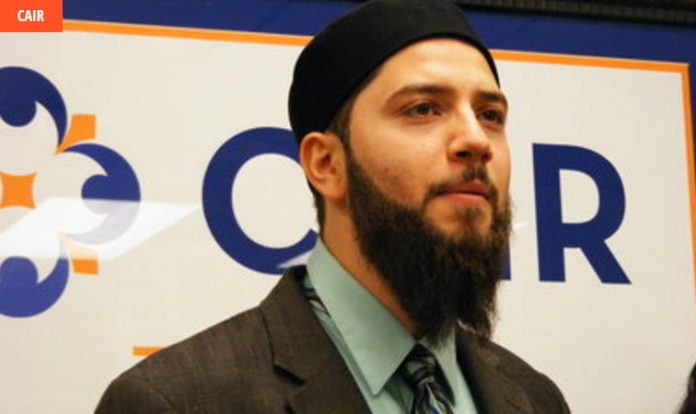 Trump promised he would drain the swamp. Instead, it looks as if he is drowning in it. His DHS Secretary, John Kelly, had this letter written to Hassan Shibly of Hamads-CAIR’s Tampa chapter.

Here is some important information about the man whom Trump’s DHS wants to work with:

In August 2014, Shibly tweeted that “Israel and its supporters are enemies of God.” In November 2006, following the 2006 Lebanon War between Israel and Hezbollah, Shibly, whilst wearing a keffiyeh around his neck, told his university’s publication that Hezbollah was “basically a resistance movement” and “absolutely not a terrorist organization.”

In November 2016, Shibly retweeted a tweet made by the Palestinian Information Center, the media arm of Hamas which publishes Hamas communiques, gruesome anti-Semitic cartoons, and praise for murders of Israelis. The tweet was of a video of Arab-Israeli member of Knesset (Parliament) Ahmad Tibi shouting the Azan (Islamic call to prayer) in front of the Knesset. Tibi, like Shibly’s comment about Hezbollah, has stated, “I never use the expression ‘terrorist organization,’ when talking about Hamas.You will never hear those words out of my mouth.”

Shibly is an admirer of controversial Islamic lecturer Khalid Yasin, who, during a 2005 interview, stated the following about non-Muslims and homosexuals: “There’s no such thing as a Muslim having a non-Muslim friend. If you prefer the clothing of the kafirs over the clothing of the Muslims, most of those names that’s on most of those clothings is faggots, homosexuals and lesbians.” In September 2014, then-Fox News host Megyn Kelly pointed out on her show that, for at least four years, Shibly has referred to himself as a “fan” of Yasin on his Facebook page.

Shibly has targeted gays, himself. In May 2009, Shibly wrote on Facebook, “Pre-Marital Sex and Homosexuality are quick ways to earn God’s wrath.”