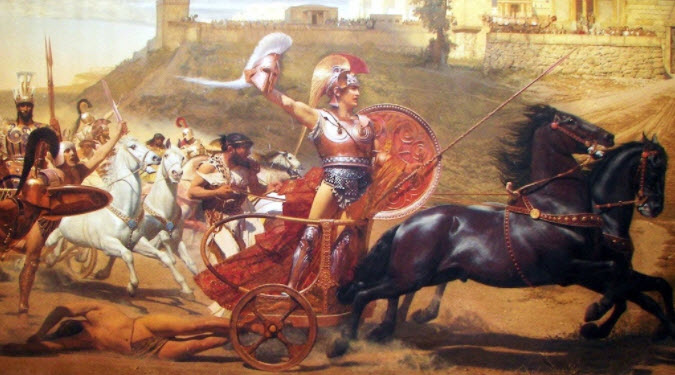 On Thursday, the world was ending. Or at least, that is what you would have thought from watching the news.

President Trump made a policy decision without consulting all the right experts and getting the right approvals. Even worse, he tweeted it out (Oh Lordy!). David French is aghast (big surprise), and even though the policy change is remarkable and conservative, he has found a reason to complain. No one knew how to interpret the President’s guidance because it was sent through Twitter.

Meanwhile, across town Congress was flailing about in total pandemonium. It was a “wild day in Washington” with the “vote-a-rama” says Bret Baier. First, senators would not vote for a bill that they had once touted and supported (knowing it would be vetoed) because now they knew it would be signed and they would be held accountable for the contents. Then, senators demanded assurances that bills they vote to pass would not be accepted by the House. (I am starting to think there is a problem here.)

To make matters stranger, Republicans offered socialist amendments for the Democrats to vote for, but the Democrats didn’t vote for them. No one knew what to do about healthcare, and the Capitol building looked like some dressed up version of the Hunger Games—verbal knives and arrows are flying, and it is every man for himself. Congress was a mess.

“Amazing and Vulgar” Among the Swine
Down South, Attorney General Jeff Sessions was said to be hurt by the president’s words (though Sessions seems to be taking it fairly well), and up North senators were threatening that there will be “holy hell to pay” if the President fires his own appointees. Senator Ben Sasse (R-Neb.) was talking tough (like a real adult, I’m sure he’d say): “if you’re thinking of making a recess appointment to push out the Atty General [sic], forget about it.” Everything was a train wreck, and we were way off Trump’s agenda.

To top it all off, scary Anthony Scaramucci had said some mean things to a reporter that were then published. The language used “was a jaw dropper,” it “was just unbelievable,” according to Martha McCallum. “Amazing and vulgar,” said Kevin Corke. You would think from the reaction of the D.C. elites and media pundits that they had never heard a man who is angry talk before. Staffers were living in fear for their safety afterward. Worse, no one in the White House knew if he or she would have a job the next day. Oh, the humanity!

The White House is in flames, says the media. Everything is on fire. Chaos!

In other words, the administration is coming apart and the capital is burning. Trump is slaying sacred cows and, in the words of American Greatness Senior Editor Julie Ponzi, he is killing the gods of the city and no one knows what to do. The only thing anybody knows is that the things we are seeing have never been done before and Donald Trump is refusing to follow any of the proper conventions (if he even knows what they are . . . tsk tsk).

The media—the cornerstone of the establishment—is doing its best to make it clear to the American people that they ought to be wringing their hands about all of this. Chaos reigns in the imperial city, and Trump is to blame. Nothing is getting done, and everything is terrible.

Of course, this is all poppycock.

The Turmoil We Need
People should not be upset; they should be enjoying this. The Trump effect is a good thing. He is doing exactly what he said he would do and exactly what people elected him to do. Newsflash to the Beltway establishment: Americans who elected Trump do not worship the current gods of the city. They know you’re responsible for killing the old ones and they wish to return the favor now. We want your gods dead. That is sort of what “drain the swamp” means. And, as Trump points out repeatedly: in America (at least in the middle part) we don’t worship government; we worship God. As in the one true God.

The president is making common sense policy decisions that don’t need the backing of long reports authored by “experts” (backing that he wouldn’t have received, by the way). It is almost as if he thinks the people should rule, not supposed expertise. Kind of neat, huh? This will undoubtedly result in pushback from bureaucrats and “experts,” and timid culture warriors who apparently enjoy self-emasculation or have realized (incorrectly) that they have more to gain from maintaining the status quo.

This was to be expected. How else could it go down? The Left wasn’t going to go down quietly or peacefully, no matter how we approached the fight. They are not open to persuasion or willing to tolerate our worldview if only we agree to voice it quietly. They will fight no matter how you do it—this way, everything is right out in the open and the people can see their common sense up against what passes for expertise.

Congress is struggling and striving to do things and new leaders are emerging with new techniques and new approaches to solve problems. No, they have not repealed and replaced Obamacare yet. But by golly, wasn’t it fun to watch them try? Yes, the Republican Party looks awfully useless, but thinking or pretending otherwise did not help us. Seeing it, right out in the open, is exactly what we need—you can’t cure a disease unless you can see what the sickness is.

Look at what we get to watch. The previous leaders have been exposed as complete frauds and backroom deals have failed. News reporters are chugging coffee and looking haggard, staying up late to cover marathon debate sessions from a Senate that was supposed to be in recess. The last few days have been filled with vote tallies and reports of who voted for or against what. And Congress is being held accountable for doing Congress’s job. Isn’t that something?

After the Gods Are Dead, Then What?
And in the White House, we have real people saying real things. The establishment types are on the wrong side of everything, and outsiders are shoving their way in with gusto. Trump said he was going to bring in politically incorrect people, and this is what it looks like. Frankly, I think it is great. Pious D.C. elites who have worshiped at the altar of the establishment would never be caught talking this way. They also wouldn’t do or say anything useful.

That these people say bad words when they are angry is not so shocking to people who get angry. If the situation in Washington doesn’t make you spitting mad, if nothing can make you indignant, including injustice or cowardice, you might be a D.C. Republican. But most Americans are not of that breed.

Is not the situation worthy of indignation and rage? The sissy gods of piety and propriety are being slaughtered by the manly gods of Achilles and Odysseus. We should love it!

And if Attorney General Sessions can’t figure out how to get after draining the swamp, he should be taken to task. If he wants to be stroked and hugged (though I doubt that’s the case), he should resign and go do something else. This is a war against the gods of the city, and they won’t die easily. We need a Hercules or a Prometheus in the Justice Department, not a Narcissus. The swamp won’t drain itself. The American people should be glad that Trump is willing to criticize Sessions for not getting after it and love that he is doing so right out in public. Who cares if it has not been done this way before (meaning only that it isn’t the norm in our emasculated age of the administrative state)—that is kind of the point! The conventions of the past need to be reconsidered and some need to die.

Everywhere you look, you see change. What the members of the establishment call chaos is really the destruction of their way of doing things. As Kipling once wrote, extended prostrations to false gods require a course correction that is full of “terror and slaughter.” Human nature being what it is, these changes are never clean or easy. But critics should be clear, the disruption and change is not distracting from Trump’s agenda; it is Trump’s agenda.

Trump vowed to “take the brand of the United States and make it great again.” Part of that is being a cheerleader with a return to the rhetoric of the past in which American patriots are honored, good citizens are praised, and freedom and independence are held up as high things. But words alone will not set us free—“we need somebody that literally will take this country and make it great again.” To make real change, Trump has to upend the way things were done. He has to take on the powers that be. He has to do things we have never seen done before. He has to fight.

All of this reminds one of the scene in “The Dark Knight” in which Alfred compares the Joker to a man he once hunted down in Burma. To many people, President Trump is the Joker—someone who just wants to watch the world burn. But this is exactly backwards. Trump is trying to rein in the tyranny and lawlessness of strong men. The establishment are the thieves who can buy the support of an entire area. Trump knows that sometimes to do this, you just have to burn the forest down and rebuild.

President Trump is burning D.C. to the ground. All conventions are meaningless, and he makes no sacrifices to the Progressive gods of the city. God bless him for it. That is what we sent him there to do, because the gods of establishment politics are petty, tyrannical, and worthy of contempt; their priests are corrupt; and the conventions are oppressive. What comes after these gods is anyone’s guess, but if we want to replace them we have to kill them first.

Those who recall better gods ought to get on board and stop resisting those who are willing and capable of performing this messy and necessary work. For when it is done, they will have their work cut out for them.