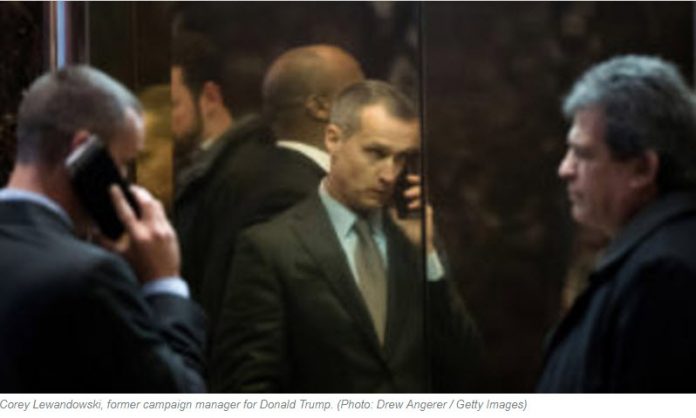 The Qatari government, finally feeling the heat for its sponsorship of Islamist terrorism and extremism, is deploying an army of lobbyists to move U.S. policy to its side (and, therefore, the Muslim Brotherhood’s side). The recent hires include a firm with strong ties to President Donald Trump’s circle.Qatar hired six lobbying firms in Washington D.C and will reportedly spend at least $1.7 million per week.

Of special importance is Qatar’s $150,000 per month to Avenue Strategies Global, which was founded by Trump’s former campaign manager Corey Lewandowski and Barry Bennett, another former senior adviser to the Trump campaign.

Lewandowski quit the firm in May, about five months after it was formed. He left after documents surfacedindicating an offshoot of the firm was selling access to senior Trump officials, including Trump and Vice President Mike Pence. Lewandowski said the firm used his name without his permission in dealing with foreign clients.

Avenue Strategies is still run by four conservative Republican operatives, three of whom had significant roles in Trump’s campaign and transition team after his surprise election win.

Bennett and Ed Brookover were senior advisers to the Trump campaign. Bud Cummins joined the firm in June and was Trump’s Arkansas State chairman. He then worked full-time on the transition team to prepare the incoming Trump Administration to take power.

The filings state that Avenue Strategies is to assist with “government relations” including “communications with members of Congress and Congressional staff, executive branch officials, the media and other individuals.”

As we wrote last week, Qatar likewise has a good friend in Secretary of State Rex Tillerson.

Qatar is also allegedly investing digging up dirt so it can tarnish its opponents. The New York Post points out Doha is outlaying $1.1 million on the opposition research firm, Information Management Services. It is led by Jeff Klueter, who used to work for the Democratic Congressional Campaign Committee.

Qatar is spending $2.5 million on a law firm run by former Bush Administration Attorney General John Ashcroft. The filings say he may help Qatar lobby policymakers, but he will also “evaluate, verify and as necessary, strengthen the client’s anti-money laundering and counterterrorism financing.”

The Qatari government’s lavish support for terrorism and extremism is well-known and undeniable. It openly supports Hamas. This is a ruse to make it sound as if Qatar merely needed some help to become an effective ally. The Qatari regime just hopes to purchase Ashcroft’s seal of approval.

According to Politico, Qatar is also spending $300,000 on the Nelson Mullins lobbying firm and $40,000 per month on the McDermott, Will & Emery lobbying firm. The latter will use former Democratic Representative Jim Moran to work with Qatar.

It’s understandable why they’d task Moran with helping Qatar. He had no issues helping Islamists like the Council on American-Islamic Relations (CAIR), which received funding from Qatar and was identified by the Justice Department as a front for the Qatar-backed Muslim Brotherhood. Moran spoke at CAIR’s 20thAnnual Banquet.