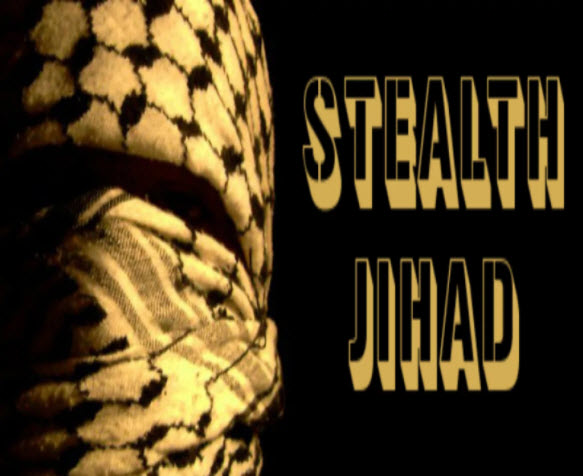 Phase 1: Establishment of an elite Muslim leadership, while raising taqwa, or Islamic consciousness, in the Muslim community.

Phase 2: Creation of Islamic institutions the leadership can control, along with the formation of autonomous Muslim enclaves.

Phase 3: Infiltration and Islamization of America’s political, social, economic and educational systems, forming a shadow state within the state. Escalation of religious conversions to Islam.

Phase 4: Openly hostile public confrontation over US policies, including rioting, and militant demands for special rights and accommodations for Muslims.

More specifically, pay heed to an open source timeline, but keep uppermost in mind: what has NOT been made public serves as absolute back up to the “success” of the Brotherhood Mafia’s (original) “Phased Plan” for America via its highly organized expansion from five to seven phases! Not only that, substitute al-Qaida for ISIS (al-Qaeda’s breakaway spawn from the Arabian peninsula, AQAP, or, for that matter, utilize a myriad of Islam’s hydra-based group names) and the outcome will be the same – a gravely endangered America/west. Resultant, listen up:

Now, while many have tsk, tsked at the notion of bringing the all-powerful America to her knees (concomitantly, the rest of the west, including Israel, is expected to fall as a direct knock-on effect), western patriots must understand that most of the above has been on target – markedly so. To wit, time is of the essence!!

Even so, for this discussion, it is the “soft/stealth” aspect which bears the closest scrutiny.

Most inherently, Sharia Law, the key underpinning to Islam (which contravenes – is at war with – ALL aspects of the U.S. Constitution), is in place in America – even though the powers that be feign otherwise. In fact, this has been the case for years – all denials notwithstanding.

More revealingly, not only is an omertà handed down from atop Washington’s leading agencies against any criticism of Islam (aka the “religion of peace”), the “laws of blasphemy”, through practical application, are already in place!

Significantly, while a full-on timeline to the above entrenchment is included (and so much more) within “Soft/Stealth Jihad Encircles The West – An Analytical Report”, the fact remains that a majority of Americans remain blind to the oncoming jihadi encirclement.

Although, up until now, the “soft/stealth” method has been their “weapon of choice”, there are detailed, albeit fluid, plans for a final battle to achieve ultimate victory – to bring America to her knees!

Trust, the vast array of inroads made by Sharia Law proponents into all aspects of American life are nothing short of catastrophic. So, while countless Americans slept, their gains have been VERY impressive. No doubt.

Still yet, if anything, the latest encroachment will, hopefully, set off the necessary alarm bells: As of August 2017, a New Jersey township that was sued by Muslims for refusing to approve a massive mosque project is returning to court because of a settlement agreement that restricts speech regarding Islam.

The settlement required the township to hold a public meeting about the mosque project, but it forbade anyone from commenting on “Islam” or “Muslims.”

A key tenet of Shariah, the Muslim law that governs both personal and political life, bans any negative comments about Islam or Muslims.

According to the Thomas More Law Center, which sued the township on behalf of two residents whose home is within 200 feet of the proposed mega-mosque, the settlement with Bernards Township “reads more like an instrument of surrender.”

The Islamic Society of Basking Ridge sued and won a decision in federal court after its mosque proposal was rejected based on traffic and other concerns.

The Township agreed on a $3.5 million payment and a “public hearing to approve the settlement.”

Residents Christopher and Loretta Quick challenged the agreement in court, arguing it restricts speech and violates the Establishment Clause by preferring Islam over other religions…..continue here…..