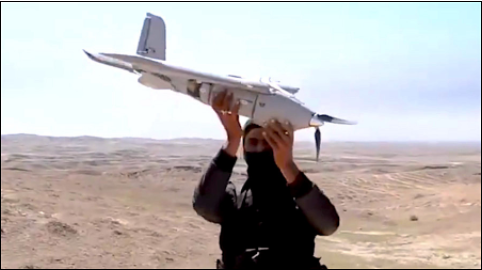 Spain this week suffered the biggest Islamic State onslaught to be mounted in Europe since Nov/ 14, 2015, when the jiahdis murdered 140 people in Paris. The Spanish offensive claimed the lives of 14 civilians and 7 terrorists. More than 100 victims are in hospital, 20 with serious injuries.

The first signal came Wednesday night, Aug. 16, with two large explosions at a house in the Spanish town of Alcanar, 190km south of Barcelona. Inside, police found a dead woman, an injured man and 20 canisters of butane and propane gas. It was clearly a bomb workshop.

Thursday and Friday saw attacks in quick succession – first in Barcelona, where a van mowed down hundreds of people on the Las Ramblas Blvd, killing 13 and injuring up to a hundred; then early Friday in Cambrils, south of Barcelona, where five bomb-vested terrorists in a car managed to injure six civilians, one of whom, a woman, died later, and a police officer, before they were all killed in a shootout with the police.
Their bomb belts when examined proved to be harmless fakes.

By then, it was obvious that the terrorist attacks which shook Catalonia for three days were orchestrated from a single control center, with dozens of armed terrorists, supported by as many abettors, at its disposal. Many are still at large and armed, and so the wave of violence may not be over.

The two suspects captured by the Catalan police in Barcelona are being pressed hard to give up information on future attacks and additional terror cells poised for action.
Earlier this month, British media disclosed the existence of the Al-Kharsha Brigade, set up by ISIS in Syria to train terrorists holding European passports for strikes in the continent’s cities. The disclosure was meant apparently to prepare the British public for a further upsurge of terror.

DEBKAfile’s counterterrorism sources report that the full name of this Brigade is Amniyat Al-Kharji. Recruits undertake exceptionally rough training. They are also treated psychologically to survive the first stage of an attack long enough to draw it out for maximum casualties, while accepting their own death for the cause.

Few of the hundreds of recruits joining this brigade finish the course as postgraduate terrorists. Others are sent back to their countries and told to wait for a prearranged signal to go into action.  A few stay on in Syria to act as liaison between the central ISIS command and the clandestine cells spread out in many countries.

According to Western intelligence experts, some 50 terrorists from Britain, France, Germany, Spain and Belgium, have completed the Al-Kharsha Brigade’s course of instruction and are fully qualified for mass murder atrocities in any of their countries.

It is also estimated that of the 5,000 European jihadists fighting in Syria and Iraq up until early 2017, one-third, i.e. around 1,600, have returned home. There is no information on how many remain committed to the path of terror. The 3,400 who stayed on in Syria are thought to be engaged in a variety of tasks – either in ISIS combat units or weapons development programs which produce items for arming the organization to stand up to attack. These workshops most likely produced the explosive gliders seen recently over Syrian and Iraqi battlefields.

Security services in Israel and Western countries still find it hard to accept that the Islamic State is running a regular army, whose battle and terrorist operations are orchestrated by a single central command, whether they take place in Syria, Iraq, elsewhere in the Middle East or in Europe. This stance of denial enables the authorities to disencumber intelligence agencies of responsibility when attacks are not prevented.

But it also means that they underestimate ISIS as a fighting machine on the battlefield, although their offensives show the planning of a professional army, as far as tactics and the disposition of strength are concerned. When outgunned, the Islamic State army retreats in orderly fashion, as was seen both in Iraq and Syria.

ISIS does claim some of the terrorist operations carried out by local extremists on their own initiative, without orders from above. But the three-day terror rampage that hit Spain this week bore all the hallmarks of ISIS planning and organization.