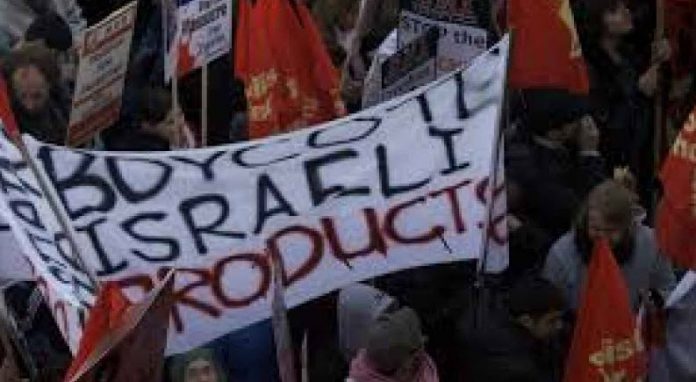 The fact is that the rhetoric of white supremacists on Israel and Jews is largely indistinguishable from the language of the far Left.

On Wednesday, President Reuven Rivlin sent a letter of support to the American Jewish community in the wake of the violence in Charlottesville, Virginia, last Saturday.

On the surface, his move made sense – the largest Diaspora community is concerned about the growing profile of viciously antisemitic forces on the Right. But at a deeper level, Rivlin’s move was detrimental.

Rivlin’s letter channeled a communal posture that ignores the actual state of the Jewish community. In so doing, it made it more difficult for Jewish Americans to recognize and surmount the dangers they face.

The American Jewish community is rightly concerned about neo-Nazis and other white supremacist groups that are gaining more and more attention these days. The fact that antisemitism was the dominant theme of a rally ostensibly organized to oppose the removal of a statue of Confederate Gen. Robert E. Lee from a public park reveals the potency and centrality of Jew-hatred as an organizing tool for white supremacists in America.

President Donald Trump’s remarks on Tuesday, where he claimed that only some of the people participating in the protest were white supremacists and the rest were just there to protect a monument, were hurtful. On Thursday, The New York Times published interviews with rally participants that bore out Trump’s claims. They said they were only at the rally to protect the statue and do not harbor white supremacist views.

Maybe they were telling the truth. But it is hard to believe people who oppose white supremacism and Jew-hatred would willingly march under swastika flags to the roar of Nazi chants.

Whatever the case, Trump’s equivocation was distressing.

But then, it wasn’t unprecedented for a president to obfuscate the potency of antisemitism in political violence.

In February 2015, a terrorist aligned with Islamic State entered the Hyper Cacher kosher supermarket in Paris on a Friday afternoon and held the Jewish shoppers hostage while killing four of them.

When asked about the event, then-president Barack Obama denied the massacre was an antisemitic attack. He referred to the victims as “a bunch of guys in a deli.” The perpetrators were merely “a bunch of violent, vicious zealots.”

The administration only deigned to acknowledge the truth in clarifications on Twitter, which it belatedly released, and which included the outright lie that the administration had said the attack was antisemitic all along.

The Obama administration’s mind-melting refusal to acknowledge the attack was anti-Jewish bespoke its larger policy of denying that Jews are specifically targeted for annihilation by Islamic terrorists. The implications of the policy of denial for the safety of Jews throughout the world, including in the US, were self-evident.

And yet, the American Jewish community preferred to ignore the whole thing.

Jeffrey Goldberg, Obama’s favored Jewish journalist, tweeted, “FWIW [for what it’s worth], the Obama Administration has been pretty clear in its condemnations of European antisemitism over time.”

Today, the same Goldberg who underplayed and denied what can at best be called Obama’s diffident response to anti-Jewish violence, has been leading the charge against Trump.

Among other things, Goldberg likened the counterprotesters at Charlottesville to the American soldiers who stormed the beaches at Normandy.

In Goldberg’s conflation of neo-Nazis with real Nazis and the far-left counterprotesters in Charlottesville to US forces, we see the real issue at the heart of the maelstrom now dominating US public life.

The real taboo Trump broke in his remarks following last weekend’s deadly riot was not his equivocation about the relative badness of the neo-Nazis. His real offense was his insistence that the counterprotesters – the ones Goldberg and his colleagues liken to World War II partisans and Allied forces – were also violent.

And yet they were. And Goldberg and his colleagues know they were.

In an ironic twist of history’s knife, the day of the riots, the September issue of The Atlantic monthly, where Goldberg serves as editor, hit the newsstands. The cover story, written by Peter Beinart, one of the stars of the American Jewish Left, was inconveniently titled, “The rise of the violent Left.”

Beinart’s article chronicled the violence and lawlessness of antifa, the radical group that organized the counterprotest in Charlottesville. Antifa is a group of radical goons who stand behind the violence that has plagued US college campuses for the past several years. All the violent protests – from Vermont to California – where conservative speakers were blocked from addressing students by rioting students who burned buildings and assaulted their fellow students who wished to attend the lectures – were antifa productions.

And antifa’s operations go well beyond the walls of campuses. As Beinart notes, it was antifa rioters who physically assaulted Trump supporters as they walked to their cars at the end of a Trump rally in San Jose, California, last summer.

The purpose of antifa’s violence is not merely to deny freedom of speech to those whose positions it opposes. It is also to prevent normal relations between Democrats and Republicans and between progressives and conservatives.

Hence, as Beinart noted, this past April, antifa threatened to use physical violence against participants in Portland, Oregon’s annual Rose Festival parade where the local Republican Party was, as usual, scheduled to march along with their Democratic counterparts. The event, which has taken place annually since 1907, was canceled.

Antifa is problematic for American Jews specifically because it operates in a coalition of far-left groups that all hate Israel and believe that just as Republicans and conservatives should be banned from participating in public life, so American Jews who support Israel should be silenced. All of its coalition partners support the destruction of Israel and castigate the Jewish state as criminal. All bar Jews who support Israel – or even are proud of their Jewish identity – from participating in their events.

Hence, Linda Sarsour, the BDS leader who was elevated to the top of the US feminist movement when she served as co-chairwoman of the Women’s March against Trump, insists that Zionists cannot be feminists.

Hence Black Lives Matter, the anti-police group that is a core member of the antifa coalition, libeled, in its mission statement, Israel as an “apartheid” state which is carrying out a “genocide” against the Palestinians.

Hence, Democratic Socialists of America, another core group in the antifa coalition, just passed a resolution at its annual convention to officially join the BDS movement. The vote was reportedly greeted with jubilant chants of “From the River to the Sea, Palestine will be free.”

The fact is that the rhetoric of white supremacists on Israel and Jews is largely indistinguishable from the language of the far Left. Both insist that “Zionists” control the US government, media and banking system and use their control to advance the fortunes of the illegitimate “Jewish ethno-state.”

David Duke, one of the leaders of the white supremacists in the US, wrote a fan letter to Roger Waters, the far-left, openly antisemitic musician who leads the BDS movement.

So from the American Jewish community’s perspective, there ought to be no distinction between its abhorrence and concern over the white supremacists and its concerns and abhorrence of the radical Left. Indeed, the community should be more concerned over the latter because its assaults are more direct and more frequent.

And even more ominously, whereas no Republican leaders – including Trump – wish to be associated with white supremacists, mainstream Democratic leaders are increasingly supportive of the BDS movement and other anti-Israel groups. So it is that formerly pro-Israel New York Sen. Kirsten Gillibrand and formerly pro-Israel New Jersey Sen. Corey Booker are embracing the BDS movement.

And yet, rather than sound the alarms or fight the growing power and influence of the anti-Jewish far Left in their political home, the American Jewish leadership is ignoring the danger and devoting itself to criminalizing Trump, his advisers and supporters.

Whereas the Anti-Defamation League had nearly nothing to say about either Sarsour or Cong. Keith Ellison, with his anti-Jewish record of statements from his service in the antisemitic Nation of Islam, ADL leader Jonathan Greenblatt insisted Monday that Trump must investigate his closest advisers for alleged ties to white supremacists.

The alleged “ties” of the likes of Trump aides Steve Bannon and Sebastian Gorka to white supremacists are the invention of The Forward newspaper, which has relentlessly libeled both men – and particularly Gorka – without ever producing a shred of evidence to back up its allegations.

Rather than acknowledge its errors, this month the Forward took its campaign a step farther when it published an extraordinary op-ed titled “19 people Jews should worry about more than Sarsour.”

Prominently placed between Gorka and Bannon and the neo-Nazis on the one side and the leaders of Iran, Hezbollah and Hamas, and Trump himself on the other, was Mort Klein, the president of the Zionist Organization of America.

In other words, for the Forward, pro-Israel American Jews of the type assaulted by antifa and its comrades, and pro-Israel presidential advisers are more dangerous to the community than Iran, Hezbollah, Hamas, and of course, Sarsour herself who embraces Jew-killing terrorists and says that Jewish Israel-supporters must be shunned.

Trump’s electoral victory was a revolutionary event in US history. Tens of millions of American voters supported Trump because he promised to “drain the swamp,” in Washington and serve the needs of the people who the swamp cast asunder.

A big part of that swamp is the Left that insists it is above criticism while its opponents on the Right are deplorable racists unworthy of consideration. When Trump called out the far Left along with the neo-Nazis for their violence at Charlottesville, he was keeping his pledge to his voters and upending one of the most cherished myths of the hated “establishment.”

Given that the white supremacists and radical leftists converge in their hatred of Jews, it is important for the American Jewish community and for America as a whole to embrace Trump’s actions. He is not engaging in moral equivalence between good and evil. He is exercising moral clarity. Without such clarity, the forces of Jew-hatred in the US will never be defeated. Without such clarity, the political position, security and freedom of American Jews will grow increasingly imperiled.

Israel’s job, to the extent it has one in the current fight plaguing the US, is to point out this truth, not join the bandwagon in obfuscating it. Trump is far from a perfect mouthpiece for this essential battle against Jew-haters on the Right and the Left.

But at least he is using his mouth to sound the battle cry. For this he should be applauded by Israelis and American Jews alike.