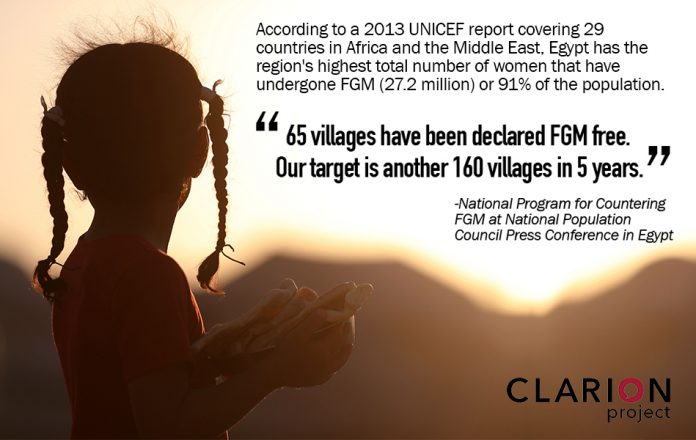 The post Strides Made Against FGM, But Just Tip of Iceberg appeared first on Clarion Project.

The image above points to some progress in Egypt in eradicating female genital mutilation but it also points to the incredible amount of work yet to be done in educating the public against this barbaric act.

Female Genital Mutilation (FMG) includes all procedures involving partial or complete removal of the external female genitalia, or other injury to the female genital organs for non-medical reasons.

Most girls who have undergone FGM are cut between the ages of four and 12. The World Health Organization regards FGM as a worldwide public health issue due to its harmful physical and mental effects.

The trauma of FGM often lasts a lifetime and can cause depression and anxiety, among other psychological problems.

FGM reduces or eliminate sexual pleasure for the victim.