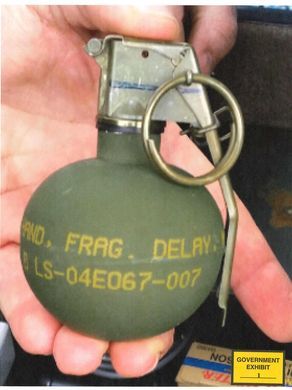 Detroit — Federal prosecutors Monday linked Sebastian Gregerson to a Virginia man who threatened to commit a domestic terror attack in support of the Islamic State. 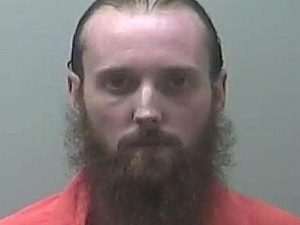 The link was revealed in a 47-page federal court filing that more fully describes ties between Gregerson and like-minded associates, including a radical imam in Maryland who bankrolled Gregerson’s weapons purchases. The filing also alleges Gregerson received more money from the imam than previously disclosed.

Prosecutors linked Gregerson to the Virginia man, Yusuf Wehelie, while reminding U.S. District Judge Arthur Tarnow that courts nationwide have given stiffer sentences to protect the public from unrepentant Islamic State supporters who are likely to wage jihad upon release from prison.

“(Gregerson) views himself as soldier for ISIS,” Assistant U.S. Attorney Cathleen Corken wrote in the filing Monday. “Like any soldier, he is unlikely to relinquish this view of his identity by virtue of being in prison. In fact, he considers himself a prisoner of war. Once released, he is likely to resume his activities for ‘jihad in the cause of Allah.’”

Gregerson, 30, of Detroit, will be sentenced Aug. 30, five months after he struck a plea deal with prosecutors, admitting he acquired a fragmentation grenade last summer from an undercover FBI employee, a 10-year felony because the grenade was an unregistered destructive device.

Gregerson should spend more than five years in federal prison, prosecutors said, though judges have broad discretion and can exceed the recommended sentence.

That’s a point prosecutors made Monday while disclosing a link between Gregerson and Wehelie.

“(Gregerson’s) release anytime in the near future would present a clear danger to the public and the threat that he will follow through on his stated desire to engage in a violent act,” Corken wrote.

Wehelie, 26, was sentenced to 10 years in prison last month, shocking courtroom observers and more than tripling the government’s recommended sentence.

Wehelie was convicted of a gun crime but prosecutors allege he talked about massacring military recruits in Springfield, Virginia.

The government does not detail the link between Gregerson and Wehelie but called the Virginia man a “known associate.”

In December, prosecutors said Gregerson was backed by a group of like-minded supporters in Maryland, including a radical imam.

The Detroit News previously revealed that the FBI was investigating Maryland imam Suleiman Bengharsa, who was identified in search warrant affidavits accidentally unsealed in federal court in September. The Detroit News obtained copies of the affidavits before they could be sealed by a judge.

Bengharsa financed part of Gregerson’s weapons arsenal and FBI counterterrorism investigators believed the Maryland imam and the Detroit man were plotting violent jihad, according to the sealed documents.

The FBI believes Detroit terror suspect Sebastian Gregerson and a Maryland imam are involved in a conspiracy to commit violent jihad in support of the Islamic State, according to sealed federal court records obtained by The Detroit News.

Bengharsa has not been charged with a crime during the ongoing investigation. In an earlier, exclusive interview with The News, Bengharsa denied being an Islamic State supporter.

Bengharsa helped finance Gregerson’s arsenal, which included two AK-47s, handguns, seven rifles, a shotgun and thousands of rounds of ammunition, according to the court records. It is unknown whether the imam was financing weapons purchases in other parts of the country.

In the memo line on the check was the word “zakat,” a word referring to the Muslim obligation to give to charity, according to the FBI.

Gregerson cashed the check days later and deposited $800 in his checking account, the FBI said. It was the largest deposit Gregerson had made since opening the account.

“An analysis of Gregerson’s bank account reveals that the $800 provided by Bengharsa financed several of the purchases …,” including tactical knives, dummy rounds and Japanese swords, the FBI agent wrote in court records.

The imam said he frequently gives money to needy people, particularly former members of his mosque.

Gregerson’s weapons purchases coincided with plans to wage an unspecified terror attack in support of the Islamic State, prosecutors said.

The money Gregerson spent was significant considering he made $9.50/hour stocking shelves at Target, prosecutors said. One gun purchase roughly equaled the amount of his $489.16 bi-weekly paycheck.

“The defendant spent an increasing proportion of his small salary on weapons and weapon-related accessories in answer to ISIS’s call to amass weaponry, rather than on necessities for his wife and two young children,” the prosecutor wrote.