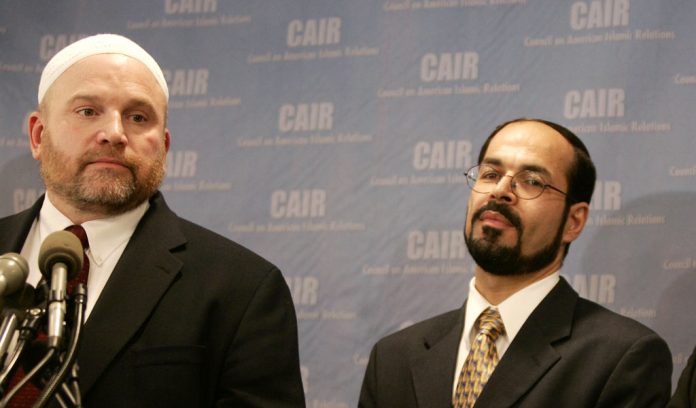 The Council on American Islamic Relations (CAIR) describes itself as “America’s largest Islamic civil liberties group,” despite the fact that only a small percentage of American Muslims say the organization represents their interests. Yet, the organization has been able to position itself as such and reap the benefits of this deception.

Two stories caught our eye today in which CAIR comes off as an anti-racist organization and gains monetary reward for it as well.

1. As reported in The American Spectator, the CEO of MGM Resorts International, Jim Murren,  sent a letter to his employees in the wake of the “events in Charlottesville and Barcelona” telling them “we must stand strongly in defiance of violence, bigotry and anything that threatens our precious right to equality.”

Murren then announced that MGM Resorts would match any donations that its employees made to a number of organizations he deemed were fighting this fight. Among the organizations was CAIR, ironically a Muslim Brotherhood front group that, as Islamists and supporters of Hamas, promotes the kind of bigotry and hate Murren is objecting to (and even the same ideology to which the Barcelona terrorists ascribed).

2. To avoid a lawsuit on a copyright infringement case involving the cartoon character Pepe the Frog, an author who illegally used the Pepe character agreed to shut down any further distribution of his book. Since his book was also perceived by some to be anti-Muslim, one of the conditions of the settlement was that he donate whatever proceeds he had already made from the book to CAIR.

Both of these cases indicate, at best, woeful ignorance or, at worse, how the radical left, in concert with the Islamists, has managed to mainstream its insidious agenda.

And for the Islamists, that agenda includes the installation of sharia (Islamic) law as the law of the land.

Indeed, this is what CAIR promotes.

We would urge those who wish to fight “violence, bigotry and anything that threatens our precious right to equality” as well as those who wish to counter anti-Muslim bigotry to do their homework and not throw away their money to organizations such as CAIR.

Rather, they should invest in any number of anti-Islamist and reformist Muslim organizations that are truly fighting for these very same values.