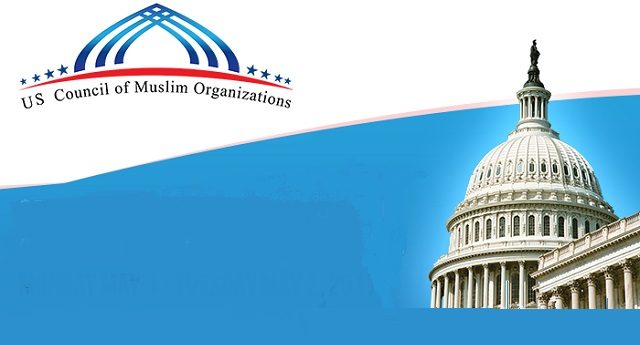 The USCMO is the FIRST religion-based political party in U.S. history.

In today’s meeting, the USCMO partners discussed Israel’s denial of religious freedom in Jerusalem and the on-going crisis on the Temple Mount, where King Solomon built the First Temple almost 3,000 years ago, 1600 years before the warlord Mohammed walked the face of the earth.

The fact that a Trump appointee would meet openly with the enemy, one that candidate Trump pledged to designate as a terrorist group, is indicative of the depth and breadth of the civilization jihad in 2017. It shows WHO is truly calling the shots when it comes to American foreign and domestic policies.

As discussed in the post of the Zionist Organization of America dossier on National Security Council adviser Lt. Gen. H.R. McMaster, this is consistent with the views of former Obama era views of outreach to radical Muslim groups to understand messaging of so called extremist Salafist groups like the Islamic State or MB derivative like al Qaeda.

Secretary Tillerson has been the forefront of trying to broker a peace settlement between four Sunni Monarchies, Emirates and states – Saudi Arabia, UAE, Bahrain and Egypt – opposing Qatar an acknowledged supporters of non-state and state actors of Islamic terrorism in the Middle East like the Muslim Brotherhood, Taliban, al Nusrah, Boo Haram, Al Shabaab and the Islamic Republic of Sudan seeking the overthrow of stable governments in Africa, Middle East and South Asia.

Note what the USCMO programs stated goals are in this Conservative Review by Jordan Schachtel.

The Council on American Islamic Relations, a Hamas-tied Muslim Brotherhood front group, met with officials from the State Department Thursday to discuss the ongoing situation in Jerusalem, the American Muslims for Palestine (AMP) posted online.

The delegation was brought together by an umbrella conglomerate of Islamist outfits known as the U.S. Council of Muslim Organizations (USCMO). They went to the State Dept. to discuss the “ongoing Al-Aqsa Mosque crisis and Israel’s denial of religious freedom in Jerusalem, which is holy to the three Abrahamic faiths,” the AMP website said.

In July, Palestinian terrorists stormed outside the Al-Aqsa mosque compound and assassinated two Israeli police officers, setting off a diplomatic firestorm that would result in Israel securing the facility with metal detectors (which would later be removed due to international pressure).

The delegation included Osama Abu Irshaid, a leader at AMP and an open supporter of Hamas. Terrorism expert Steven Emerson reported that he once served as the editor of “Al-Zaitounah” periodical, which Emerson describes as “pro-Hamas propaganda.”

Emerson has compared AMP as a whole to a “Hamas-support network” that mimics the Hamas-funding organizations that federal prosecutors shut down during the George W. Bush administration.

Another member of the delegation, Dr. Muzammil Siddiqi, once called for Islamic law to dominate the world, declaring: “Allah’s rules have to be established in all lands, and all our efforts should lead to that direction.”

Oussama Jamal of USCMO, another member of the group, has accused the U.S. government of promoting a “Zionist agenda.” After the 9/11 attacks, he pondered, “How certain are we that it was Arabs who were behind it?”