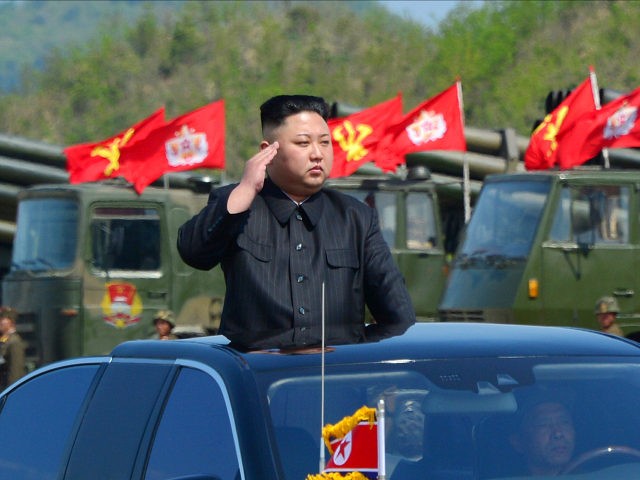 When Barack Obama handed off to his successor the presidency of the United States, he impressed upon Donald Trump that his greatest worry was North Korea.

The intervening months have made clear why – with dictator Kim Jong-un’s incessant ballistic missile tests of ever-more-formidable weapons, his sixth underground explosion on Sunday apparently of a thermonuclear weapon and his escalating threats, which now include explicitly an electromagnetic pulse (EMP) attack on America’s vulnerable electric grid.

Equally apparent is the fact this witches’ brew of trouble is befalling the United States on President Trump’s watch because the Obama administration basically did nothing to attenuate the danger. Instead, it dressed up inactivity and passivity in the face of the metastasizing danger as “strategic patience.”

Even before the North Koreans’ latest intercontinental missile launches, nuclear test, and threat of an EMP attack, Mr. Trump and his senior subordinates have properly signaled that the era of strategic patience is at an end. Unfortunately, in the absence of urgent course corrections on several fronts, the period now dawning is likely to be one of strategic blackmail.

While fecklessness towards the emerging North Korean threat characterized the Clinton and Bush ’43 administrations, we find ourselves needlessly exposed to its present magnitude in no small measure because Obama’s so-called strategic patience was characterized by inaction on two, vital fronts: advancing the U.S. missile defense capabilities and protecting the grid against electromagnetic pulse and other perils.

Barack Obama and his subordinates brought to office a visceral enmity towards missile defense, born of an ideological attachment to the obsolete Anti-Ballistic Missile Treaty with the Soviet Union, which prevented the United States from having any effective anti-missile systems. While George W. Bush formally withdrew us from the ABM Treaty in 2002, the capabilities of such defenses as have been put into place have been deliberately limited – so much so that they were reportedly not up to the task of shooting down the ballistic missile Pyongyang fired over Japan last week.

Similarly, Team Obama was convinced that it would rid the world of nuclear weapons and so declined to take seriously, let alone do anything appreciable about, the danger that one or more detonated outside the atmosphere over the United States could destroy our most critical of critical infrastructures: the electric grid. Late in his presidency, Mr. Obama did evince concern about a similar, nation-ending effect being caused by intense solar storms, but did little to make the grid resilient against that source of destructive electromagnetic pulses, either.

If Mr. Trump is to avoid being held hostage by North Korean blackmail or, worse yet, seeing Kim Jong Un act on his oft-stated determination to destroy our country, the President must immediately undertake two steps:

A first step would be to extend the life of the Congressional EMP Threat Commission – the nation’s foremost authorities on the sorts of menace now explicitly posed by the North Korean government. As things stand now, its existing mandate will end in less than a month and the Commission’s expertise is needed now more than ever. The next step is to implement, at last, the recommendations this panel has been making for 13 years concerning practical, near-term and affordable steps to enhance the resiliency of our electric infrastructure.

This is a moment when the Congress must stand united with President Trump in resisting the inevitable blackmailing to come from North Korea by doing everything practicable to defeat Pyongyang’s missile threats and deny Kim Jong-Un his ultimate instrument of extortion by securing our grid.

Frank J. Gaffney, Jr. acted as an Assistant Secretary of Defense in the Reagan administration. He is President of the Center for Security Policy.