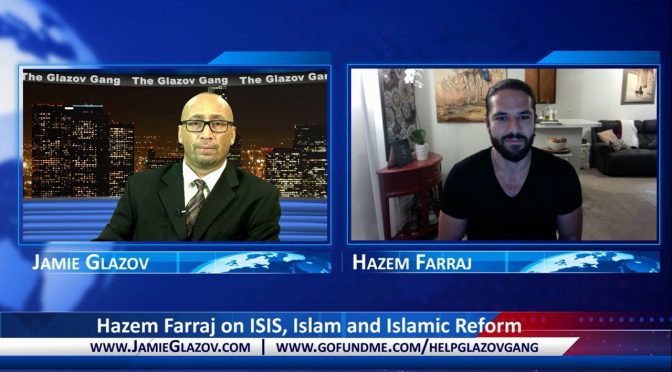 This new special edition of the Glazov Gang features Hazem Farraj, an ex-Muslim and human-rights activist.

Hazem shares his journey out of Islam, unveils the roots of ISIS and reflects on the possibility of Islamic reform.

And make sure to watch Jamie focus on Gorka’s Departure – A Troubling Sign of Brotherhood’s Grip, where he analyzes how and why all the heroic truth-tellers about Jihad are being forced out of Trump administration: