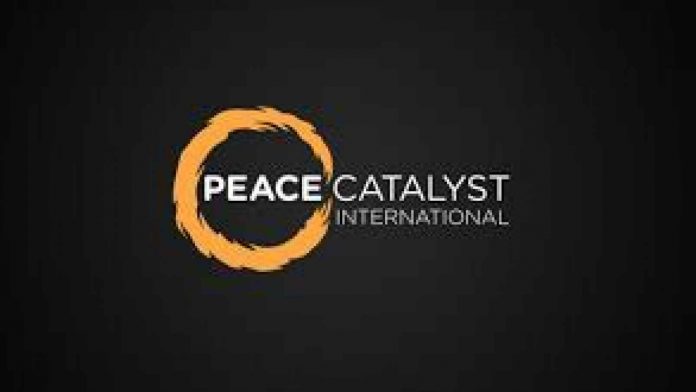 You can’t counter terrorism by defending it.

Countering Violent Extremism was one of the great counterterrorism frauds of the Obama era. Not only was CVE useless, but it was an excuse for building ties with assorted Muslim Brotherhood groups.

A week before President Trump’s inauguration, Jeh Johnson, Obama’s Secretary of Homeland Secretary, gave his allies one last gift with millions in CVE grants. The list of grantees included the Muslim American Leadership Alliance, Unity Productions Foundation and Ka Joog. Once Kelly took over at DHS, some were either removed or, like Ka Joog, claimed that they had opted out to protest the Muslim travel ban.

But when the final grantees were announced, two troubling organizations remained on the list: Peace Catalyst International and Masjid Muhammad.

Though it bills itself as the ‘Nation’s Mosque’, Masjid Muhammad was set up by the racist hate group known as the Nation of Islam which believed that white people were racially inferior. Lucius Bey Muhammad, who set it up, had said, “The black man is indeed the greatest. His genes are stronger! No white man can produce a baby darker than himself.”

Elijah Muhammad, whom the mosque’s site still praises, had allied with the American Nazi Party. He had preached that, “these enemies of Allah are known at the present as the white race”

While the branch of the movement represented by Masjid Muhammad has parted ways with Farrakhan’s Nation of Islam, they still maintain a relationship. At the mosque’s 53rd anniversary, Farrakhan’s personal representative phoned in with remarks.

Should Countering Violent Extremism funding be going to a mosque set up by violent extremists and which still seems unable to end all connections with one of the nation’s worst racist hate groups?

But the case of Peace Catalyst International is in some ways more troubling than Masjid Muhammad.

PCI boss Rick Love wrote, “Some Pakistanis do hate us for these reasons: the war in Afghanistan, the invasion of Iraq on false pretenses, decades-long support for oppressive regimes in the Muslim world, bias in the Israeli-Palestinian conflict, the killing of thousands of innocent Muslims described as ‘collateral damage’”.

PCI’s latest post is from Jennifer S. Bryson  and it includes a call to Christians to engage in “sacrificial listening” to Muslims.  Even if they’re ISIS supporters. Bryson heads the Zephyr Institute and its pet project, the Center for Islam and Religious Freedom. Also working at the Center for Islam is convicted Jihadist Ismail Royer. Bryson was formerly a member of the Board of Directors of PCI.

An earlier posting consists of PCI boss Rick Love interviewing Imam Taha Hassane who urges readers to understand “the roots of terrorism”. “When we drop drones on innocent people in Yemen, Pakistan, Afghanistan, and kill innocent civilians, what do we expect these people to think about us?” Hassane says. Rick and the Imam then discuss how supporting Black Lives Matter is Sharia.

This isn’t opposing extremism. It’s making excuses for it while echoing its talking points. And that sums up much of what is already wrong with CVE.

Love had already signed a letter claiming that “support of the Black Lives Matter movement demonstrates the truth that the Word became flesh.”

Rick Love has been criticized before for his flirtation with Islamist groups. On his own site, Love insists that Jihad is inner struggle or defensive warfare, that Mohammed did not spread Islam through the sword and that, “Islamic law in practice, however, is mostly relegated to family status law.”

An article at Peace Catalyst International insists, “You do NOT need to be fearful about Sharia taking over America.”

“The US Constitution is upheld in courts. No Muslim organization has ever called for it to become subordinate to Sharia, and that’s not even something American Muslims want.”

This is the sort of distorted reality that could just as easily come from any Islamist organization.

“Islam isn’t in America to be equal to any other faith, but to become dominant. The Koran … should be the highest authority in America, and Islam the only accepted religion on Earth,” CAIR co-founder Omar Ahmad had declared.

“I wouldn’t want to create the impression that I wouldn’t like the government of the United States to be Islamic sometime in the future,” CAIR co-founder Ibrahm Hooper had admitted.

Peace Catalyst International ought to know as it collaborates with CAIR.

But there is another area that makes Peace Catalyst International’s CVE grant deeply troubling. On the same page where Love denies that Jihad is anything but personal or defensive, he also writes, “The issue of jihad for the sake of Palestine has gained lots of traction among many Muslims internationally.”

One of Peace Catalyst International’s “favorite peaceworkers” is Sami Awad whom the organization has worked with and promoted.

Awad is an anti-Israel BDS activist often praised for his non-violence. That non-violence is a pose. On his own blog, Sami Awad writes that a demonstration “is not a substitute for the armed struggle”.

He describes Islamic terrorism as, “The Palestinian armed resistance, labeled ‘terrorism’ by Israel.”

Awad also insists that, “The struggle to end the occupation and establish an independent Palestinian state does not gain or lose legitimacy if nonviolent means are preferred over violent means and vice versa.” Non-violence, like terrorism, is a tactic. It’s a means to achieve the same ends.

At one point, Awad even claimed that, “We’ve actually done training in non-violence for Hamas leaders.”

Rick Love’s own position isn’t subtle. In response to a question as to whether he prefers, Coexistence or Coresistance, he endorses “Coresistance”. That’s a euphemism for hostility to Israel over peacemaking. When an organization with “peace” in its time picks resistance over coexistence, it’s revealing.

It’s hard to see any of this as countering violent extremism. Instead it seems to be aiding it.

Peace Catalyst International doesn’t push back against Islamism. Instead it lies about it. It follows the usual leftist line that Islamic terrorism is the work of a tiny minority who ought to be disregarded. It denies the linkage between Islamic teachings and Islamic violence.

That is the standard CVE position. And there is no reason for it to be funded in the Trump era.

And DHS should really not be in the business of providing legitimacy to Peace Catalyst International’s anti-Israel activism, which includes supporting BDS activists.

But the problem with Countering Violent Extremism was always in the name. Not only is its name a deliberate effort to avoid using the “I word”, but the issue isn’t mere violence. And, as Sami Awad and Rick Love tragically show us, the solution isn’t to be found with tactical displays of non-violence.

The Muslim Brotherhood’s Islamist takeover in Egypt wasn’t accomplished through suicide bombings. The Brotherhood won an election. But once in power, it persecuted Christians. And before long, its followers had embarked on a series of attacks on churches.

Tactical non-violence combines virtue signaling with support for terrorists. It’s an abomination that should be disavowed by anyone who genuinely believes in non-violence as a principle, not a tactic.

The Islamic conquests were accompanied by clever tactics of divide and conquer. Muslim warlords pitted Christians against each other, promising one Christian denomination protection against another. The Islamists working to conquer the West are once again cleverly making inroads among their Christian and Jewish enemies. And any move to counter Islamism should oppose such groups, not fund them.