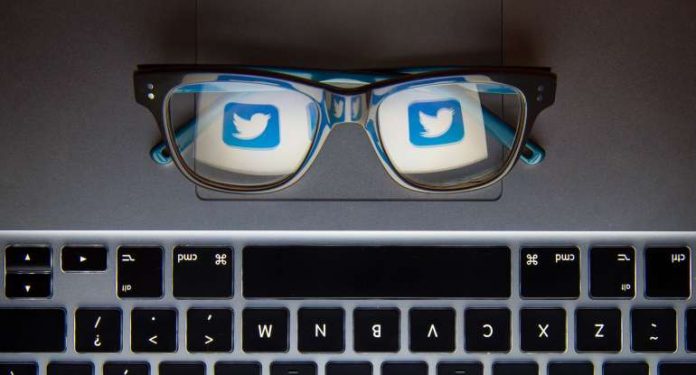 The logo of social network site Twitter reflected in a pair of glasses. Twitter says it suspended more than 375,000 accounts for violations linked to the promotion of terrorism in the last six months of 2016. Dominic Lipinski/PA Wire URN: 30627884

A few weeks ago I noticed that the hashtag #ConfessYourUnpopularOpinion was trending on Twitter. So I thought I would have a little fun, posted the tweet below, and forgot about it — until this weekend, when I received this email warning me that the tweet was being evaluated for possible violation of Twitter’s “hateful conduct policy”:

We are sending you this notification to allow you to evaluate it.

If you believe we have contacted you in error, please reply to this email and let us know.

“We are sending you this notification to allow you to evaluate it,” said Twitter.

All right. Let’s do that.

I could quote violent passages from the Qur’an, but those might be waved away with the dismissive and erroneous claim that the Bible contains similar exhortations to violence. Let’s focus instead on what Islamic authorities say — because one should get the impression that Islam is not a religion of peace from the authoritative sources in Sunni Islam, the schools of Sunni jurisprudence (madhahib).

A Shafi’i manual of Islamic law that was certified in 1991 by the clerics at Al-Azhar University — one of the leading authorities in the Islamic world — as a reliable guide to Sunni orthodoxy stipulates about jihad that:

[T]he caliph makes war upon Jews, Christians, and Zoroastrians … until they become Muslim or pay the non-Muslim poll tax.

It adds a comment by Sheikh Nuh Ali Salman, a Jordanian expert on Islamic jurisprudence: the caliph wages this war only:

… provided that he has first invited [Jews, Christians, and Zoroastrians] to enter Islam in faith and practice, and if they will not, then invited them to enter the social order of Islam by paying the non-Muslim poll tax (jizya) … while remaining in their ancestral religions. ( ‘Umdat al-Salik, o9.8).

Of course, there is no caliph today, unless one believes the claims of the Islamic State, and hence the oft-repeated claim that ISIS, et al are waging jihad illegitimately, as no state authority has authorized their jihad. But they explain their actions in terms of defensive jihad, which needs no state authority to call it, and becomes “obligatory for everyone” (‘Umdat al-Salik, o9.3) if a Muslim land is attacked.

The end of the defensive jihad, however, is not peaceful coexistence with non-Muslims as equals: ‘Umdat al-Salik specifies that the warfare against non-Muslims must continue until “the final descent of Jesus.” After that?

“ [N]othing but Islam will be accepted from them, for taking the poll tax is only effective until Jesus’ descent” (o9.8).

A Hanafi manual of Islamic law repeats the same injunctions. It insists that people must be called to embrace Islam before being fought, “because the Prophet so instructed his commanders, directing them to call the infidels to the faith.” It emphasizes that jihad must not be waged for economic gain, but solely for religious reasons. From the call to Islam:

… the people will hence perceive that they are attacked for the sake of religion, and not for the sake of taking their property, or making slaves of their children, and on this consideration it is possible that they may be induced to agree to the call, in order to save themselves from the troubles of war.

“[I]f the infidels, upon receiving the call, neither consent to it nor agree to pay capitation tax [jizya], it is then incumbent on the Muslims to call upon God for assistance, and to make war upon them, because God is the assistant of those who serve Him, and the destroyer of His enemies, the infidels, and it is necessary to implore His aid upon every occasion; the Prophet, moreover, commands us so to do.” (Al-Hidayah, II.140)

Ibn Khaldun (1332-1406), a pioneering historian and philosopher, was also a Maliki legal theorist. In his renowned Muqaddimah, the first work of historical theory, he notes:

[I]n the Muslim community, the holy war is a religious duty, because of the universalism of the Muslim mission and (the obligation to) convert everybody to Islam either by persuasion or by force.

In Islam, the person in charge of religious affairs is concerned with “power politics,” because Islam is “under obligation to gain power over other nations.”

The great medieval theorist of what is commonly known today as radical or fundamentalist Islam, Ibn Taymiyya (Taqi al-Din Ahmad Ibn Taymiyya, 1263-1328), was a Hanbali jurist. He directed:

[S]ince lawful warfare is essentially jihad and since its aim is that the religion is God’s entirely and God’s word is uppermost, therefore according to all Muslims, those who stand in the way of this aim must be fought.

This is also taught by modern-day scholars of Islam.

Majid Khadduri was an Iraqi scholar of Islamic law of international renown. In his book War and Peace in the Law of Islam, which was published in 1955 and remains one of the most lucid and illuminating works on the subject, Khadduri says this about jihad:

The state which is regarded as the instrument for universalizing a certain religion must perforce be an ever expanding state. The Islamic state, whose principal function was to put God’s law into practice,sought to establish Islam as the dominant reigning ideology over the entire world. … The jihad was therefore employed as an instrument for both the universalization of religion and the establishment of an imperial world state. (P. 51)

Imran Ahsan Khan Nyazee is an assistant professor on the Faculty of Shari’ah and Law of the International Islamic University in Islamabad. In his 1994 book The Methodology of Ijtihad, he quotes 12th century Maliki jurist Ibn Rushd:

Muslim jurists agreed that the purpose of fighting with the People of the Book … is one of two things: it is either their conversion to Islam or the payment of jizyah.

This leaves no doubt that the primary goal of the Muslim community, in the eyes of its jurists, is to spread the word of Allah through jihad, and the option of poll-tax [jizya] is to be exercised only after subjugation [of non-Muslims].

All this makes it clear that there is abundant reason to believe that Islam is indeed inherently violent.

It would be illuminating if Twitter produced some quotations from Muslim authorities they consider “authentic,” and explained why the authorities I’ve quoted above and others like them are inauthentic. While in reality there is no single Muslim authority who can proclaim what is “authentic” Islam, and thus it would be prudent not to make sweeping statements about what “authentic Islam” actually is, clearly there are many Muslims who believe that authentic Islam is inherently violent and not a “Religion of Peace.”

Are they all hateful “Islamophobes”?

Is Twitter going to drop this tweet, and probably soon enough ban me altogether, for telling unwelcome truths? Have at it, you simpering millennial totalitarians with your horn-rimmed glasses and your lattes. Before too long, the evil that you are enabling will turn its attention to you.