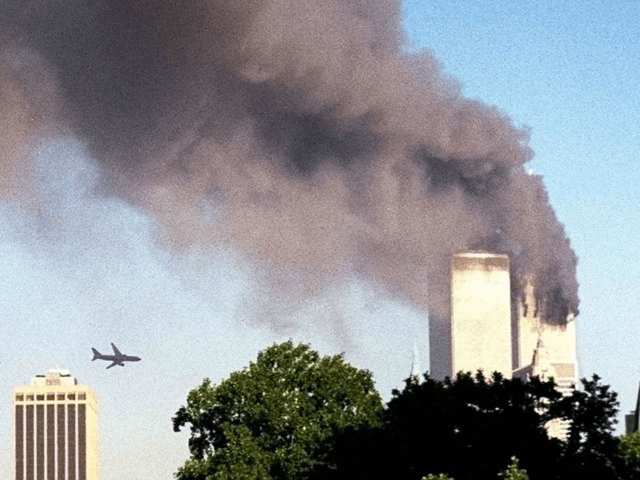 Today we commemorate a tragic anniversary. On this day 16 years ago, radical jihadists, who had found safe harbor under Taliban rule in Afghanistan, viciously attacked our nation in the calm hours of the morning.

The terrorists hijacked four commercial jets and used them as missiles to destroy symbolic national targets. They succeeded in destroying the two World Trade Center towers in downtown Manhattan, colliding into the western façade of the Pentagon, and deliberately crashing a flight of passengers (which was likely headed for the U.S. Capitol building) into a field in Somerset County, PA.

Referencing Roosevelt’s description of the attacks on Pearly Harbor, many Americans have regarded the date of September 11th, 2001 as a day that ‘lives on in infamy.’

Peaceful Muslims were immediately looked upon with suspicion. The terrorists claimed their terrible deeds were done in God’s name. All nations came together to rebuke this evil assertion. The God who created humankind would never tolerate the murder and slaughter of innocents.

The attacks also seared into us a new understanding of global order: America’s national security was vulnerable and threatened by an evil force that could find safe haven in certain parts of the globe. As a result, we found a new responsibility – to make it clear to international actors that they could not tolerate members this evil within their borders. America entreated its global allies to help us in our cause.

Today, we have reached a disconcerting impasse. We no longer enjoy the moral clarity we did 16 years ago. Most individuals within our society’s elite feel it is impolite or uncivil to discuss or name the ideology of our enemy.

Consequently, we lack a necessary tool to combat our foe – language. This leaves us without the ability to assemble or articulate a moral consensus about what caused the attacks 16 years ago. Consequently, we have been able to engage this enemy on a tactical level only rather than on the critical strategic level necessary to excise it from human society.

Earlier this year, I introduced an amendment to the National Defense Authorization Act in the House Armed Services Committee commissioning the Department of Defense to prepare a report to study the main tenets of our enemies so that we can begin to combat them strategically. Because my amendment contained the word Islam, nearly all Democrats and just enough Republicans voted against the language. How is it we are not able to study nor willing to name an enemy that our country has spent 16 years, hundreds of billions of dollars, and the blood of our noblest citizens fighting?

The 9/11 attackers were not mentally ill, they were not underemployed, they were not vigilantes exacting justice on the West because of our history of imperialism. No, the jihadist murderers attacked innocents because they believed a false thing to be true: that the Creator would look favorably upon them for their violence, that they were transcendentally justified, that they were doing the will of God.

No one mourns or loves the victims of 9/11 more than the God who created them.

As long as this spectrum of violent jihadists exists within the human family, killing innocents in the name of orthodox Islam, they will be a threat, first and foremost to Muslims, but also to Christians, Jews and all believers/non-believers alike.

America will lead the world in routing these foes. Even now, the Trump Administration is destroying ISIS as an army occupying land. However, the ideology that animates the vast majority of terrorism in the world today is still on the march. For the sake of our children and future generations, it remains our task to identify this evil creed and proceed to destroy it and its manifestations strategically, tactically and completely. We ask anew that all nations of the world join us in that critical task.

Trent Franks is a Republican congressman representing the 8th district of Arizona in the U.S. House of Representatives.