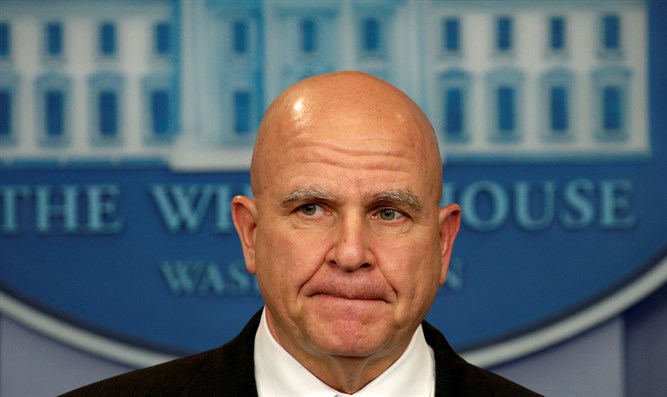 August meeting with US officials grew heated when H.R. McMaster rejected Israel’s Hezbollah concerns, denied it was a terror group.

A new bombshell report alleges that a meeting between high-level Israeli officials and their American counterparts last month deteriorated when National Security Adviser H.R McMaster brushed off Israel’s concerns about Hezbollah, at one point backing up an aide who denied that Hezbollah is a terror organization.

According to the report on Channel 10 and PJ Media, McMaster yelled at Israeli officials, and denied that the Iran-backed militia is a terrorist group.

Israeli had sent a high-level delegation to meet with their American counterparts on August 27, in order to discuss the looming threat by the Hezbollah terror group. Israel is worried that the militia is becoming entrenched on its Syrian border, and were incensed with McMaster brought along NSC Senior Director on Counter-Terrorism Mustafa Javed Ali, even asking her to leave the room when she denied that Hezbollah is a terror group.

McMaster has come under fire from pro-Israel groups who claim that he is anti-Israel. McMaster reportedly opposed Netanyahu joining Trump at his Western Wall visit earlier this year, and refrained from saying whether he considers Judaism’s holiest site as part of Israel. He also purged top officials at the National Security Council who he considered too hawkish on Iran, and lobbied Trump not to move the US Embassy to Jerusalem.

However, top Israeli officials have come to his defense. Former Israeli National Security Adviser Yaakov Amidror wrote in July that the attacks against McMaster were “an offense against the truth, against basic decency and against the best interests of Israel as we see them.”

Israel considers Hezbollah one of its biggest threats. This past week, the IDF Northern Corps held its biggest drill in 20 years to practice fighting the group, which is believed to posses 150,000 missiles and advanced weapons.