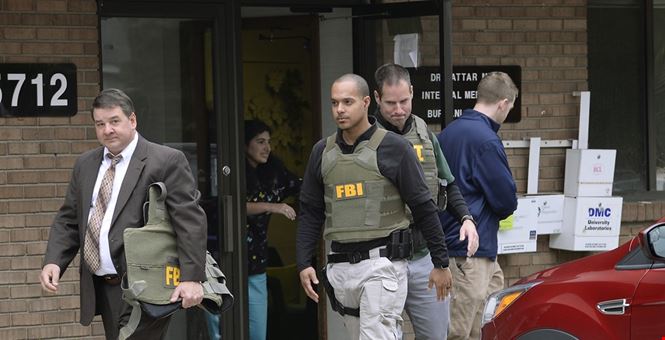 As headlines surrounding the federally prosecuted female genital mutilation (FGM) case come to light in Michigan, the shocking details raise awareness about this horrific practice that leaves behind years of physical and emotional scars.

In April, Dr. Jumana Nagarwala, a doctor who is a practicing Muslim in the Dawoodi Bohra Muslim sect, was indicted by the federal government for performing genital mutilation on 7-year-old girls in a Livonia, Michigan, medical clinic. The Dawoodi Bohra sect practices and sanctions FGM on little girls to curb sexual desire and discourage any proclivity for premarital or extramarital affairs.

With 22 Dawoodi Bohra mosques existing in the United States, it seems clear that there is a far larger underground network of female genital mutilators engaging in and enabling this barbaric practice, despite it being a federal crime in the United States.

The clash between the practices of many Muslims and the federal crime of female genital mutilation is already evident in the pleadings. Another more subversive practice is also playing out in this case. Islam’s supremacist doctrine of Sharia condones not only FGM, but the practice of lying and deception. The Quran (16:106 and 3:28) allows Muslims to lie to non-believers in order to protect their reputation and the reputation of Islam as a whole. Muslims are expected to do this in foreign lands where it helps conceal from non-believers what Sharia-supremacists are striving to impose on them.

According to the Nagarwala indictment, the defendant is charged with lying to FBI agents and obstructing an official proceeding. Allegedly, Dr. Nagarwala told federal agents that “she has never been present” for female genital mutilation on “any minor children” and that she has “no knowledge” of it ever being performed. The defendant doctor also denied that she cut the little girls’ genitals according to the federal criminal complaint.

Under 18 U.S.C. § 1001(a) , the federal criminal laws do not take kindly to lying to a federal law enforcement officer, and will earn defendants another five years to their sentence. In order to effectuate an orderly, honest and competent criminal investigation, the U.S. Congress understood the compelling need to penalize individuals who lie to federal agents during the course of an investigation.

Hopefully, a strong message will emerge from this trial—in the United States you don’t mutilate little girls’ genitals and you don’t lie to federal agents. That’s the law.

Nagarwala, through her lawyer, admitted she did perform a procedure on the genitalia of two Minnesota girls, but that it didn’t involve cutting. Rather, she claims, she scraped a membrane from their genitalia, wrapped it in gauze and gave it to the parents, who buried it as part of a religious custom. Read the hideous details in FBI affidavit in criminal complaint and decide who is telling the truth.

The main defendant in the case, Nagarwala is charged with conspiracy, genital mutilation, transporting minors with intent to engage in criminal sexual activity, lying to a federal agent and obstructing an official proceeding. If convicted, she could face up to life in prison.

Although minimal facts and evidence are alleged in the criminal complaint, the federal agents seem to have collected a trove of technical data, phone records and even videotapes. The government’s criminal complaint references a surveillance video secured from a hotel that shows two adult women and two minor girls from Minnesota checking into the Michigan hotel, presumably before the barbaric procedure.

The hidden criminal underground network of female mutilators has also been uncovered in this important case. As the trial begins, the facts will continue to be denied and obscured by the defense. There will be grandstanding about religious freedom, the Muslim religion and, surely, so-called “Islamophobia.”

But do not be fooled. At its core, this is a straightforward case about the brutal and barbaric mutilation of innocent and helpless little girls.

This is the hideous face of child abuse. That’s the truth, the whole truth and nothing but the truth.