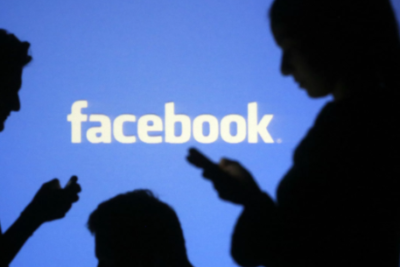 And the censorship goes on …

Apparently, these criticisms, truth-based as they are — first person as they are — do not meet the strict standards of appropriateness set by the leftists who dominate social media.

As Robert Spencer of Jihad Watch writes: “Here is still more about how the social media giants are steadily choking off all material that looks at Islam with a critical eye. Judaism, Christianity, Hinduism, Buddhism are all fair game, but Islam is off limits, as our moral superiors move to impose Sharia blasphemy laws upon the West.”

How true that is.

As a former Muslim hosting a live TV show for over a decade, I’ve come to rely on social media platforms to connect with my audience now more than ever before. My show, “DaringQuestions,” is watched via satellite TV (through Alhayat TV) by millions of viewers around the world (mainly in Arabic speaking communities). My show is popular among Muslims because it is highly controversial. I raise many bold questions about the Islamic faith and I expose the danger of some Islamic doctrine. I also present testimonies of ex-Muslims who have left Islam and allow them to share their experiences in order to empower others and encourage them to do the same. To engage further with audiences and the wider, global, Muslim community, these questions and testimonies are also posted on my two main websites, “BrotherRachid.com” and “IslamExplained.com,” as well as on social media platforms such as Facebook and YouTube. However, Muslim governments impose restrictions and heavy censorship and my websites are often inaccessible in many Muslim countries due to material I present which uses critical thinking to address Islamic doctrines. As a result, social media platforms are an increasingly crucial way for me to reach out to the Muslim world and surpass the censorship that Muslim countries place on the material I present.

However, I face a dilemma that needs to be addressed and exposed to the whole world. The Arabic content for giant social media platforms like Facebook and YouTube is overseen predominantly by Muslims (since the majority of those who speak Arabic are Muslims). These companies have offices in the United Arab Emirates and give their Arabic speaking staff the authority to delete and block any material that does not fit their guidelines. However, this authority is abused when any channel or page that criticizes Islam or presents opposing views to Islam is blocked, deleted or removed. For example, my Facebook page (which has over 1.5 million likes) was once deleted, while the Facebook page of Alhayat – the channel that broadcasts my show – was also deleted without any explanation, causing the channel to lose all the money they had spent on advertising, among other damages. My YouTube channel (which has also garnered millions of views) was once removed for ‘breaking guidelines.’ Thank God, I appealed the removal and explained the details to those in charge in the US and have since been able to gain my channel back. My Facebook posts are removed on many occasions and I am frequently blocked from posting because a post allegedly “does not follow Facebook guidelines!” No further explanation is provided. Sometimes, even my own picture is reported and removed because it violates copyrights! Recently, I posted a cover of my book in French; the post was removed for breaking “Facebook guidelines” and yet nobody could explain to me how a book that is published legally and sold on Amazon can break Facebook guidelines.

I think Facebook and Twitter need to revise how Arabic content is handled – there is no balance here. Muslims criticize Christianity right and left and their Facebook pages and YouTube channels face no problems whatsoever, yet Christians, Atheists, and ex-Muslims as myself face huge challenges in criticizing Islam on social media in Arabic. Our pages are unfairly deleted, our posts are wrongfully removed, and our accounts are blocked and removed. We had thought that social media was about freedom of speech, but unfortunately it appears that Muslim censorship is prevalent even on social media. We are unable to express ourselves even on platforms like Facebook and YouTube.

N.B: My show and my posts never promote hatred or violence against Muslims; I always emphasize critiquing Islam as a doctrine but on loving Muslims as all other human beings.