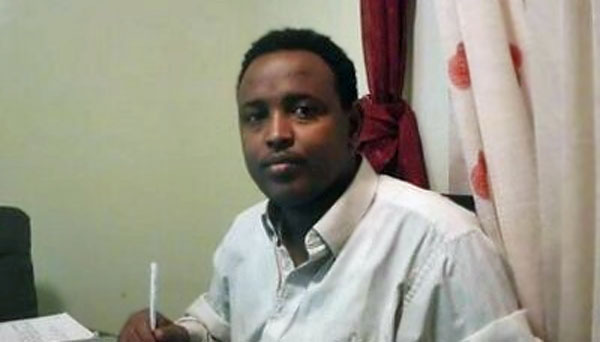 Dahir Adan, the Somali refugee who went on a stabbing spree in a St. Cloud mall on Sept. 19, 2016

Democrats seize on horrific attack to draw sympathy for refugees

One year after a Muslim refugee from Somalia carried out a bloody knife attack on a shopping mall in St. Cloud, Minnesota, the FBI says it still can’t figure out the young man’s motive for the attack.

Dahir Adan, 20, drove to the Crossroads Center mall on the evening of Sept. 19 and began to plunge two kitchen knives into shoppers after asking several of them if they were Muslim. Those who said “no” were brutally slashed and stabbed, two of them critically. It would have been much worse if not for the presence of an alert off-duty cop, who shot the Somali dead. Adan was heard shouting “Allahu Akbar!” – Arabic for “Allah is Greatest!” – as he stabbed his victims.

ISIS took credit for the attack, calling Adan a “soldier of the Islamic State.”

But none of these classic indicators was enough to convince the FBI that Adan was, in fact, a jihadist.

“Authorities still say they may never know what sparked Adan’s decision to bring two Farberware kitchen knives to the mall that night,” reported the Minneapolis Star Tribune on the anniversary of the attack.

“Of course they may never know, because they don’t admit that there is an Islamic jihad in the first place,” writes Robert Spencer at Jihad Watch.

The FBI had all its training manuals purged of references to Islam that were deemed offensive to groups like the Council on American-Islamic Relations, the Muslim American Society, Muslim Student Association and Islamic Society of North America, among others.

Who is the real victim in Minnesota?

In fact, many Muslim activists in Minnesota have berated the officer who shot Adan, saying the attacker didn’t deserve such a fate.

But perhaps even more ironic is the rhetoric coming out of Minnesota’s hardcore leftists as they push for an ever-expanding refugee resettlement policy.

Natalie Ringsmuth, who directs #UniteCloud, a nonprofit that works “to ease cultural tensions” and would not exist if not for refugee resettlement, lamented to the Star-Tribune that “the stabbing is still referenced by anti-Muslim activists” to bolster their arguments against the resettlement of still more Somalis into the U.S.

Ringsmuth told the newspaper that “not knowing” whether Adan was indeed radicalized has curbed the opportunity to discuss preventing a similar episode.

“We don’t know specifically how to talk about it,” she said. “And we find when there are not clear-cut answers or the truth is not available, people just fill in their own truths.”

Spencer noted the insanity of Ringsmuth’s comment to the paper.

“Once again we see that, for leftists, Muslims are always the victims, no matter what the facts of the case may be,” he said.

Facts are difficult things for leftists to digest, agreed Philip Haney, a federal Homeland Security agent for many years before retiring in 2015 and co-authoring the Whistleblower book “See Something Say Nothing.”

Adan’s knife attack at the mall is only one of countless atrocities committed by Somali refugees in Minnesota.

The following is a partial list of other atrocities committed by Muslim migrants in Minnesota over the last two-and-a-half years, none of which give pause to leftists seeking to import more such migrants:

More than 135,000 Somali refugees have been distributed into more than 100 U.S. cities and towns since the late 1980s, with the largest enclaves being in Minneapolis-St. Paul; Columbus, Ohio; San Diego; Seattle; Atlanta; Lewiston, Maine; Fargo, North Dakota; and several areas of Texas.

‘Fitnah [oppression] is worse than slaughter’

Haney, an Arabic scholar who created a threat-assessment template for DHS, only to see the Obama administration delete it from the DHS databank, said the global Islamic movement led by the Muslim Brotherhood seeks to portray Muslims in Western societies as victims.

That tactic can be traced straight to the Quran, Haney said, and a concept called “fitnah.”

Fitnah is an Arabic term for “persecution,” “trial” or “oppression,” especially when it is brought on by unbelievers.

“That’s the whole point of the verse, Surah 2:191, that fitnah is worse than slaughter because no matter what the Shariah-compliant Muslims do, they are the victims of oppression.”

This dovetails nicely with the far left’s concept of victimhood.

“The victims accord to leftists can never be at fault, no matter how horrific the crime, because an oppressed minority can never be responsible for what they do,” Haney said.

Islamists in the West say Islam is the religion of peace and they don’t condone terrorism, but they rarely condemn the jihadists and anyone who does is labeled an “Islamophobe” or a “racist.”

Similarly, the leftists say they are for “peace,” “equality,” “inclusiveness” and “diversity,” but they won’t condemn violent leftists such as antifa, and anyone who disagrees with their leftist views is labeled a “fascist” or a “racist.”

“It’s exactly the same worldview being put forth by both the left and the Islamists,” Haney said. “It’s not easy for us to convey because it’s abstract, but essentially what they are saying is opposition to their goals is a more severe crime than anything they do themselves to achieve those goals.

“Their crimes of violence are less severe than ‘white supremacy’ and all the other stuff they spout. So it is a very similar worldview, which is why the two are natural allies.”