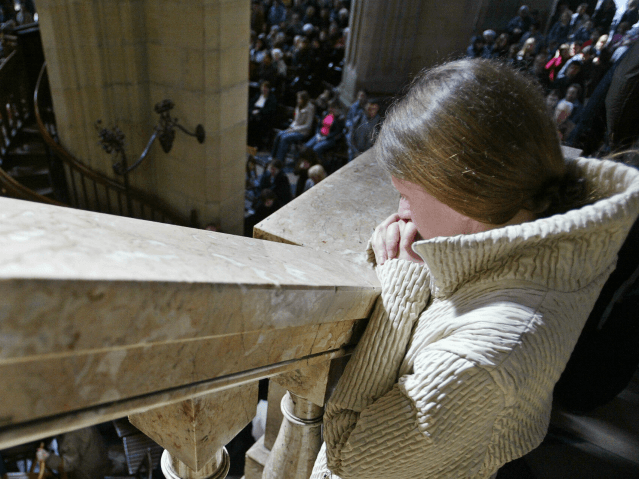 Poland’s bishops have urged the nation’s Catholics to join a massive rosary prayer crusade along the country’s 2,000-mile border to pray for the salvation of their country.

Organizers say they expect up to a million people to participate in the “Rosary on the Borders” event on October 7, the anniversary of the Battle of Lepanto, where “the Christian fleet overcame the Muslim armada, saving Europe from Islamization.”

The Catholic Feast of the Holy Rosary was established by Pope Pius V in 1571 as “Our Lady of Victory” after the so-called Holy League won a landmark victory over the Ottoman Turks at the Battle of Lepanto.

On October 7th, 1571, a fleet of ships assembled by a coalition of Christian nations fought an intense battle against the forces of the invading Ottoman Empire. The unexpected victory of the so-called “Holy League” radically curbed efforts by the Ottoman Turks to control the Mediterranean, “causing a seismic shift in international relations from East to West.” As Fr. Steve Grunow, CEO of Word on Fire Catholic Ministries, has written, “the world that we know came into being with this victory.”

In preparation for this decisive encounter, Pope Pius V ordered the churches of Rome opened for prayer day and night, and urged the faithful to invoke the intercession of the Blessed Virgin Mary through the prayer of the Rosary. On hearing of the Christian victory, the Pope established a new feast day in the Roman Liturgical Calendar, which would come to be known as the feast of the Holy Rosary.

“We believe that if the rosary is prayed by about a million Poles along the borders of the country, it may not only change the course of events, but open hearts of our compatriots to the grace of God,” the organisers say on their website.

“The powerful prayer of the Rosary can affect the fate of Poland, Europe, and even the whole world,” it reads.

The “Rosary on the Borders” event will also mark the end of the Fatima centenary, celebrating 100 years since the apparitions of the Virgin Mary to three shepherd children in Fatima, Portugal, in the spring of 1917.

The Polish bishops’ conference has endorsed the event, and asked all Catholics to join the rosary prayer for “the intentions of Poland and the whole world,” even if they are physically unable to make it to the border.

“Families may pray in their homes, sick in hospitals, and parish communities in their churches,” they said.

“A hundred years ago, Mary gave these three Portuguese children a message of salvation: repent, give reparation for sins against my Immaculate Heart and pray the rosary,” the bishops said. Rosary on the Borders is a “special opportunity” to fulfil that calling.

Every January, the Church in Poland celebrates an annual Day of Islam, organised by the Joint Council of Catholics and Muslims and the Committee for Dialogue with Non-Christian Religions of the Polish Bishops’ Conference.

Auxiliary Bishop Henryk Ciereszko of Bialystok, whose diocese hosted the event this year, said that the day “would be first and foremost a prayer meeting” and would also be “an opportunity to counter violence together” in “the context of the terrorist attacks and the Middle East war.”