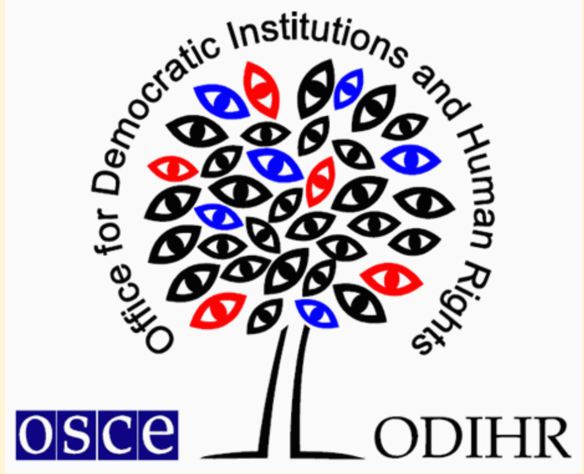 CJR: Even as the OSCE proceedings were going on, Donald Trump was coerced into signing an anti-hate Resolution aimed at right wing groups and not left wing such as Antifa. And now there is a report that Hillary Clinton funded Antifa!

In the interventions by Bashy Quraishy and Henrik Clausen, you’ve just seen the Yin and Yang of the OSCE Human Dimension conference in Warsaw. Yet interventions like Mr. Clausen’s consistently earned the rebuke of the moderators, while those like Mr. Quraishy’s did not.

What’s going on? What has happened to the OSCE?

In the video below, Elisabeth Sabaditsch-Wolff and Clare Lopez explain the way in which the Organization for Security and Cooperation in Europe has been subverted by the Red-Green Alliance and turned into an Inquisitor designed to hunt down and stamp out “hate speech” wherever it may be found.

Many thanks to Vlad Tepes for editing and uploading this video:

For links to previous articles about the Organization for Security and Cooperation in Europe, see the OSCE Archives.

The following video shows the intervention read by Clare Lopez, representing the Center for Security Policy, at OSCE Warsaw today, September 14, 2017, during Session 6, “Fundamental Freedoms, Including Freedom of Thought, Conscience, Religion, or Belief”.

Many thanks to Vlad Tepes for uploading this video:

Below is the prepared text for Ms. Lopez’ intervention:

For this reason, they enshrined freedoms of belief, conscience & speech in 1st Amendment of our Constitution

These principles & these freedoms are Judeo-Christian-based, first articulated among the brilliant thinkers of the Enlightenment in Europe — although their roots trace back to Athens, Rome & Jerusalem

They derive from the revolutionary idea that the individual is the key pillar of society — not the clan, or tribe, or a religious belief system

I refer to the Council of Europe report from October 2016 on the ‘Compatibility of Sharia law with the European Convention on Human Rights: can States Parties to the Convention be signatories of the ‘Cairo Declaration’?

And I suggest the answer is ‘No.’ A government or system that defines itself as liberal, Western & democratic does not impose restrictions on free speech to shield itself from criticism – much less impose a death penalty for belief or lack of belief

We of Western Civilization dignify the individual by permitting all speech, no matter how we dislike it, if it is not explicitly inciting to immediate violence – and all beliefs or lack of belief

And so I recommend for the ODIHR 2017: Let us leave here today, renewed & inspired to reject liberty-crushing concepts like ‘hate speech’ & death penalties for religious beliefs or rejection of belief & instead committed to defend freedoms of belief, conscience & speech & all the principles of liberty we hold so dear.