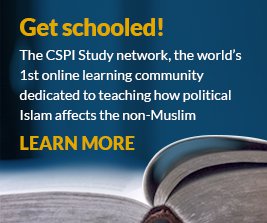 9:23 Oh, Believers, do not make friends of your fathers or your brothers if they love unbelief above Islam. He who makes them his friends does wrong. Say: If your fathers, and your sons, and your brothers, and your wives, and your kin-folks, and the wealth which you have gained, and the merchandise that you fear you will not sell, and the dwellings in which you delight—if all are dearer to you than Allah and His Messenger and efforts on His Path, then wait until Allah’s command comes to pass. Allah does not guide the impious.

3:28 Believers should not take unbelievers as friends in preference to other believers. Those who do this will have none of Allah’s protection and will only have themselves as guards. Allah warns you to fear Him for all will return to Him.

3:117 Believers! Do not become friends with anyone except your own people. The unbelievers will not rest until they have corrupted you. They wish nothing but your ruin. Their hatred of you is made clear by their words, but even greater hatred is hidden within their hearts. We have made Our signs clear to you. Therefore, do your best to comprehend them.

4:89 They would have you become unbelievers like them so you will all be the same. Therefore, do not take any of them as friends until they have abandoned their homes to fight for Allah’s cause. But if they turn back, find them and kill them wherever they are. Do not take any of them as a friend or a helper except those who seek asylum among your allies and those who come to you because their hearts have forbidden them from fighting against you or their own people. If it had been Allah’s will, He would have given them power over you so they would have certainly fought you. Therefore, if they leave you and do not wage war against you and seek peace with you, Allah commands you not to injure them.

4:138 Warn the hypocrites that torturous punishment awaits them. The hypocrites take unbelievers as friends rather than believers. Do they look for honor at their hands? Truly all honor belongs to Allah.

4:144 Believers! Do not take unbelievers as friends over fellow believers. Would you give Allah a clear reason to punish you?

60:1 Oh, you who believe, do not take My enemy and yours for friends by showing them kindness.  They reject the truth that has come to you. They drive out the messengers and yourselves because you believe in Allah, your Lord. If you continue to fight for Allah’s cause [jihad] and from a desire to please Me, would you show them kindness in private? I know best what you conceal and what you reveal. Whoever does this among you has already strayed from the right path.

60:13 Oh, Believers, do not enter into friendship with those against whom Allah is angered. They have despaired of the hereafter, even as the unbelievers despair of those who are in graves.

5:57 Oh, you who believe, do not take those who have received the Scriptures [Jews and Christians] before you, who have scoffed and jested at your religion, or who are unbelievers for your friends.  Fear Allah if you are true believers. When you call to prayer, they make it a mockery and a joke. This is because they are a people who do not understand.

5:78 Those among the Children of Israel who disbelieved were cursed by the tongue of David and of Jesus, Son of Mary, because they were rebellious and persisted in excesses. They did not restrain 2 one another from the iniquity they committed. Their actions were detestable. You will see many of them make friends with the unbelievers. They have sent their evil works on before them. Allah is angry with them, and they will abide in torment forever. If they had believed in Allah, the Messenger, and the Koran that was revealed to him, they would not choose them for their friends, but most of them are rebellious wrongdoers.

58:14 Have you not taken notice of those who befriend the people with whom Allah is angry? They are neither a part of your group or theirs, and they knowingly swear a lie. Allah has prepared a dreadful punishment for them, for their actions are evil. A humiliating punishment awaits those [Jews who pretend to be Muslims] who use their faith as a disguise and turn others away from Allah’s path.  Neither their wealth or their children will protect them from Allah. They will be prisoners of the Fire, where they will live forever.

5:55 Your protectors are Allah and His Messenger and those who believe, who observe regular prayer and regular charity, and who bow in worship. And whoever takes Allah, His Messenger, and those who believe for friends, they truly are the people of Allah and must be triumphant. Oh, you who believe, do not take those who have received the Scriptures [Jews and Christians] before you, who have scoffed and jested at your religion, or who are unbelievers for your friends. Fear Allah if you are true believers. When you call to prayer, they make it a mockery and a joke. This is because they are a people who do not understand.

5:51 Oh, believers, do not take the Jews or Christians as friends. They are but one another’s friends.  If any one of you take them for his friends, he surely is one of them. Allah will not guide the evildoers.