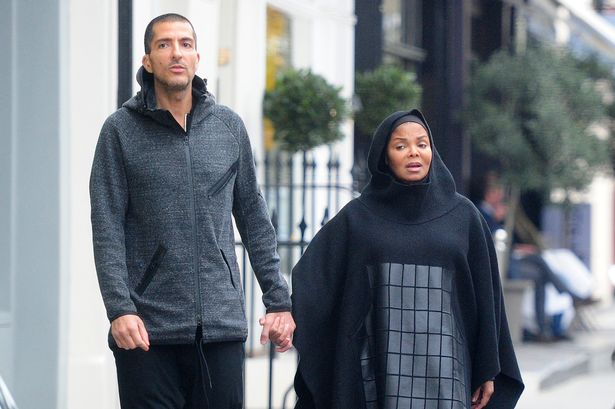 Famous singer Janet Jackson has just revealed something that many people have known for a while: Being married to an extremely traditionalist Muslim is all about one thing…. Submission.

The one-time member of “The Jacksons” and sister of record-breaking musician Michael Jackson recently opened up to her family and admitted exactly what her five-year marriage to business magnate Wissam Al Mana was like.

“Her life was sheltered,” one Jackson family member told Us Magazine. Janet’s brother Randy also elaborated that the famous female singer was verbally abused by her Qatari husband.

The billionaire Wissam Al Mana reportedly preyed on Janet’s vulnerabilities after the death of her incredibly famous brother. At first, the singer was enamored by the lifestyle of nearly unlimited money in the Middle East… but that fairy tale quickly became a nightmare.

Al Mana soon began to insist that Janet Jackson act like a traditional Muslim wife. “She started to wear burkas— full-length, loose-fitting outer garments — and to steer clear of her former confidants,” revealed Us Magazine.

As Jihad Watch recently pointed out, subjugating a wife and stripping her of her identity is hardly a new tactic for hard-line Muslim husbands. In fact, both the Quran and modern Islamic clerics teach that extreme subjugation of wives is an integral part of the Muslim faith.

“Men have authority over women because Allah has made the one superior to the other,” states chapter 4, verse 34 of the Quran. “As for those from whom you fear disobedience, admonish them and send them to beds apart and beat them.”

A prominent cleric recently lectured his Muslim followers that a husband owns a woman, and that men should treat their wives “as prisoners in your hands or in your house,” according to MEMRI, the Middle East Media Research Institute.

Is it any wonder that Jackson “felt like a prisoner” when some traditionalist clerics and Islamic scripture itself instruct husbands to literally treat their wives as captives?

Luckily for Janet Jackson, she realized what a bad situation she was in and was able to separate herself from her husband. However, countless other women do not have Jackson’s resources and are trapped in nightmares of their own.

It is incredibly bizarre that the left, which claims to be the great champion and defender of women, refuses to stand up to modern Islam on its appalling record on women’s rights.

To be clear, not every Muslim treats women in the same abusive way, but there is no denying that backward and disturbing attitudes about females are woven into Islamic teaching.

The Western world needs to speak out about the extremist parts of Islam… or more women will find themselves “prisoners” in situations just like Janet Jackson’s.