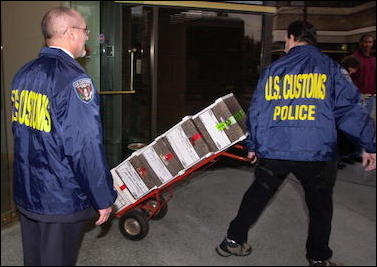 A reevaluation of America’s stance toward Islamist threats is welcome; we badly need to correct the many missteps of previous administrations. In particular, this gives the United States the opportunity to revisit the sordid case of the SAAR network — an organization of Islamist terror financiers in the United States that has inexplicably escaped punishment.

The SAAR network is a web of over 100 purported charities, nonprofits, and financial firms, centered in northern Virginia, that were accused of laundering money for terrorism. The SAAR Foundation, the nucleus of the network, was set up in 1983 under the patronage of Sulaiman Abdul Aziz al-Rajhi, a wealthy Saudi banking magnate who is strongly suspected of supporting al-Qaeda. The foundation was dissolved in 2000 after coming under U.S. terror scrutiny.

Though federal agents uncovered staggering amounts of evidence against members of the SAAR network, political interference led to the case being dropped. As a consequence, entities within the SAAR network have been free to continue their activities and even influence American elections. The American public deserves a chance to see the evidence against SAAR figures and to break up their cozy political alliances with favor-seeking politicians.

According to the federal affidavit filed by customs investigator David Kane, the SAAR network was funded with millions of dollars in Saudi cash and was then used to funnel money to terror organizations such as that of convicted terror financier Sami al-Arian, the North American representative of Palestinian Islamic Jihad. Additionally, at least $26 million was routed to suspicious accounts in the Bahamas and the Isle of Man that may have been used to fund Hamas. In this way, wealthy Saudi backers of terrorism could use America’s own banking system to escape increasing financial scrutiny from the Saudi government.

The various SAAR entities share many of the same personnel as officers or directors, with single individuals controlling dozens of companies. These have included prominent Islamists such as the late Jamal Barzinji, who helped establish major Islamist institutions such as the Muslim Students Association, the North American Islamic Trust, and the International Institute of Islamic Thought (IIIT, a Muslim Brotherhood think-tank). Other SAAR officials include noted financier Yaqub Mirza, a money manager for Islamic-finance investment firm Amana Funds as well as several other financial firms; and Hisham Altalib, another founding member of the MSA and of the IIIT. (During his leadership, the IIIT wrote a letter acknowledging its donations to the World and Islam Studies Enterprise, the terror-finance operation of Sami al-Arian.)

Agent Kane’s affidavit lays out overwhelming evidence of these officials’ direct involvement in terror financing. Organizations within the network include financial firms such as Reston Investments, registered charities such as the York Foundation and the Sterling Charitable Gift Fund, and think tanks such as the IIIT. Indeed, many SAAR network entities were housed in the same building (555 Grove St. in Herndon, Va.), and apparently run out of the same office.

In 2002, Agent Kane and other federal investigators raided the offices of the SAAR-network entities and the homes of several entity directors. During these searches, some seven truckloads of computer hard drives and paper documents were confiscated, almost all of which were in Arabic. Agents hopedthat the treasure trove of intelligence would quickly result in criminal convictions — particularly in the al-Arian case, which they hoped would lead to a “snowball effect” of SAAR prosecutions. But in 2005, nearly three years later, frustrated FBI officials reported that only a small fraction of the documents had been examined, because the investigators were not given enough Arabic translators or computer-forensics investigators.

The U.S. did win some significant victories in the fight against terror financing, notably against the Holy Land Foundation, which had funneled millions of dollars to Hamas. But the prosecution of the SAAR network was inexplicably put on the back burner by the Bush administration, despite protests by the agents involved, and was ultimately dropped by the Obama administration. No one has ever explained why.

But it is clear that the SAAR network has a great deal of political pull. SAAR figures such as Mirza, Barzinji, and Altalib have given tens of thousands of dollars of campaign donations over the years. One-time SAAR executive assistant Abdurahman Alamoudi (later convicted of a plot to assassinate Saudi crown prince Abdullah) boasted of his close ties to Presidents Clinton and George W. Bush, as well as to political fixers such as Americans for Tax Reform president Grover Norquist.

The failure of the federal government to prosecute the SAAR network’s crimes meant that its members were free to continue buying influence in the American political system. In Virginia alone, SAAR-network companies have made over $265,000 in political donations, with special distinction going to Reston Investments ($96,550), Mar-Jac Investments ($64,950), and the think tank IIIT($25,500). IIIT deserves special mention because of its key role in the dissemination of Islamist literature and its ideas about advancing Islamist ideas in the West. Most recently, the IIIT hosted an event justifying slavery in Islam.

Allowing the SAAR network to escape prosecution has permitted its members to gain more and more political influence as the years go by. This is a gross perversion of justice and is corrosive to American policy. With a new administration that is ostensibly less beholden to the existing pack of influence-peddlers and more adamant about the threat of Islamism, we have an opportunity to reopen the SAAR investigation, properly evaluate the treasure trove of confiscated documents, and expose the network’s machinations once and for all. It is an opportunity that the Justice Department should pursue.