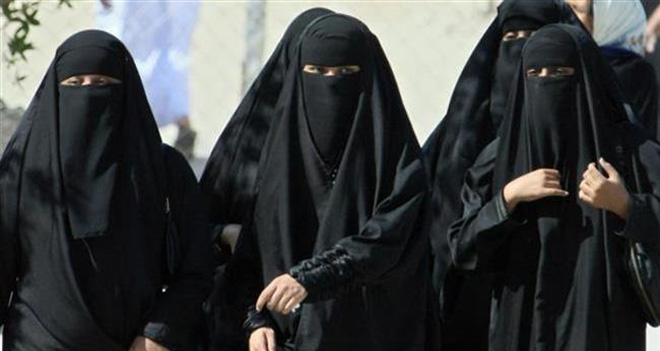 Once in a while there is an article that defends the practice of Muslim women covering her hair. If they really want to be insulting, there is a picture of a nun in a habit right next to a beautiful woman in hijab. “What is the difference?” they ask. “It is the choice,” I answer. One would think the movement that donned the adjective “pro-choice” would appreciate the nuance. Despite the endless word games, an honest look at today’s world will reveal that women have true choice in one place only: the Church, where Christ reigns.

I have been watching the happenings of Hollywood with a somewhat detached manner. There is no shock or surprise involved. There is money, there are powerful men, and there are women who are either willing to do anything it takes to advance their careers or who feel too trapped and alone to resist. Either way, this is a formula for female objectification and abuse. Not the first time. Not the last time.

The attitude of men towards women, and women’s lack of choice in Islam and Hollywood is remarkable. On the one end of the spectrum, there is the overwhelming appearance of guarding women’s virtue. Muslim women are responsible for concealing their own bodies. Even in the secular Muslim country I grew up in, from an early age girls are taught how even the smallest immodesty could cause men to sin, and that sin would be on our heads.

Consider growing up hearing that it is always woman’s fault when sexual abuse, assault or rape happens. Then consider becoming a social leper because one’s virginity is everything, regardless of how it is lost. After hearing this constant indoctrination and worshipping Allah who is the ultimate master with no paternal concern, the cycle of abuse is complete.

Men are never taught to guard their eyes or their bodies, as if sexual urges are something completely beyond their control. Surely, they are told to stay away from other men’s wives, but it is remarkably easy to marry and divorce. More than one wife and more than enough slaves give him a harem: “Your wives are as a tilth unto you; so approach your tilth when or how ye will…” (2:223). It is a world where men and Allah reign.

Of course, not all Muslim men are predators, but the dominant culture revolves around the presupposition that women are inferior in intellect and virtue, and therefore responsible for man’s fall. If an older man touches a young woman inappropriately, she is to look the other way and shut her mouth. If a woman loses her virginity, the shame she brings on her family is so overwhelming that often the price is her life. Honor killings are not things of the distant past, but yet another cruelty Islam condones.

The women in Muslim countries truly believe that it is their fault when a man falls, and it is their burden to prevent it from happening. By the time, the age of reason comes around, the fear and shame dominates any desire or courage to raise a voice or ask a question. The word “choice” becomes irrelevant, and even laughable.

Now, on the other end of the spectrum lies a world where the thought of modesty is absurd. Hollywood is where the Sexual Revolution blossomed; where pornography was normalized; where the “liberation” of women was celebrated. From what we are told, now that there is free contraception, “safe” abortion, and no commitment to matrimony, women should be at their freest in Hollywood.

However, just like Islam, the atheistic culture of the movie industry fails to grasp the nature of the human person. Men, when given the power and ability, are more likely to abuse women. In Islam that power comes from Allah. In Hollywood, it comes from making or breaking a career. All these men become tiny little idols who can control women’s lives.

I assume that these young actress-wannabes did not know how ghastly things would get once they decided to become famous. Relying on one’s talent and beauty only to find out that one is not that exceptional in a world where many are willing to compromise their integrity for a slice of the big pie must be a devastating wake-up call. Surrounded by powerful men with money and a culture that assures you that sex is nothing, young ambitious girls find themselves in the most undesirable places. Once again, that oft repeated word “choice” goes out the window with the hopes of a promising career that can be attained without sleeping with the producer.

The end result is the same. Islam and sexual revolution do the same thing: remove the protection Christianity offers women.

No matter how much the world denies it, the truth is that men and women are different; men are stronger than women; and if that strength is not bridled with virtuous self-discipline and grace, men will abuse women.

Only in a world where men and women are equal in dignity and equally loved by the Creator of the Universe can women hope for freedom. Christianity holds men to the highest standard because Christ sacrificed himself for his bride.

Unlike what is taught in Islam and in the sex saturated culture of the West, Christianity teaches that we are all able to say “no,” including men. Men and women of faith have been tempted with lust throughout the history of the Church, and long before then. Just ask St. Anthony, St. Thomas Aquinas, or St. Benedict.

When a belief system claims that both man and woman are created in God’s image and the Son of that God died to save them both, both man and woman are humbled before that Creator. Everyone needs the saving grace, even the Mother of God herself. The same Man who took away the sin of the world also holds his creatures to a high standard, because with his grace all things are possible. For the first time, women truly have freedom because if all men imitated Christ, there is no reason to fear masculine strength and power. Men are expected to guard their chastity no matter how exposed a woman might be. In that world where no one is an idol, women can finally have a choice, because the servile fear and debilitating shame are gone.

While Islam teaches that it is women’s responsibility to prevent men from sinning and Hollywood teaches that having sex is no different from indulging in a slice of chocolate cake, Christ demands the custody of eyes and chastity. While Islam wants women to cover every inch of their bodies, lest a man be aroused with the sight of an ankle or an elbow, and Hollywood wants to show naked women and pornography whenever possible, Christ asks for modesty and depictions of beauty not sexuality.

Without the wisdom of the Church and men and women who humbly abide by it, there will be many more honor killings, rapes, pornography victims and Harvey Weinsteins.

The new America: NO to voluntary Christian prayer in schools. YES to mandatory Muslim prayer

TRENTO BIBLE STUDY – Does God Live In A Corona World?...

TRENTO BIBLE STUDY – Does God Live In A Corona World?...