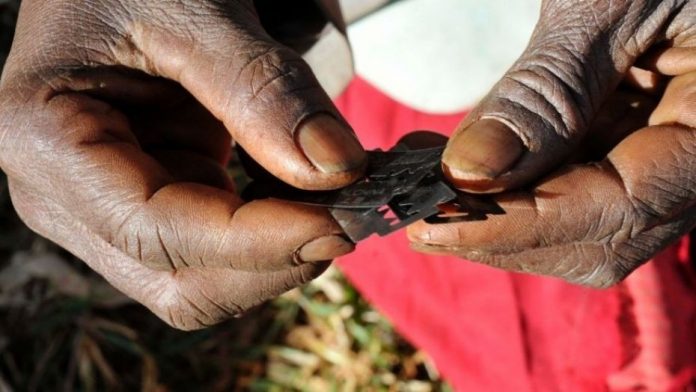 There’s an old proverb that warns “better to be slapped with the truth than kissed with a lie.” That cautionary tale is at work with the realization that female genital mutilation landed on American shores and is growing throughout the United States.

The Centers for Disease Control estimates that more than 513,000 women and girls are at risk of FGM in the U.S. Although this hideous practice has been outlawed under federal law since 1996, the first federal prosecution of a Michigan female doctor who is charged with performing this barbaric procedure on little girls is taking place right now in Detroit.

The linguistic lies are already underway by the defense team and FGM supporters. This brutal procedure performed on young girls from the ages 5 to12, known as clitoridectomy, consists of partial or total removal of the clitoris and/or its prepuce—the least drastic of four types of FGM—for purposes of ensuring “purity” and the inability to enjoy sexual pleasure throughout her adult life. The defense lawyer of Dr. Jamana Nagarwala, the doctor charged in Michigan, has described the procedure as benign and merely removing a mucous membrane. Sounds inconsequential and genteel, but it’s certainly not.

Former United Nations consultant Fuambai Ahmadu appeared recently on “Tucker Carlson Tonight” and downplayed the procedure as a mere “nick” of the clitoris and equated it to nothing more than “female circumcision.” See how cleverly the egalitarian language of the Left is used to obscure the brutality of this procedure?

These linguistic terms for the horrific mutilation of girl’s genitals demonstrate the verbal jujitsu employed to mask the brutal and barbaric physical assault on an unsuspecting, innocent little girls. Be prepared for more.

These linguistic terms for the horrific mutilation of girl’s genitals demonstrate the verbal jujitsu employed to mask the brutal and barbaric physical assault on an unsuspecting, innocent little girls. Be prepared for more.

The ugly truth of this ancient religious and cultural practice must be brought to light by those who examine these victims, as well as the FGM victims themselves. One of the foremost heroic advocates against FGM is Ayaan Hirsi Ali, the prominent international human rights advocate who underwent this procedure as a little girl in Somali. Ms. Hirsi powerfully and passionately describes FGM as a “sexual assault” upon her innocent body. She forcefully counteracts the silence and equivocation of FGM advocates by stating that “the aim of FGM in all its forms is to control female sexuality. The clitoris is removed to take physical pleasure from sex and reduce the libido.”

Conversely, Ms. Ahmadu of the UN also claimed on Fox that the indicted Michigan doctor, who is accused of mutilating two young girls, only performed a “nick” on the girls and that the victims weren’t actually mutilated. Only a nick?

The forensic doctors who examined Dr. Nagarwala’s 7-year-old victims provided preliminary findings to the FBI which found that one girl’s “genitals are not normal in appearance. Her labia minor has been altered or removed, and her clitoral hood is also abnormal in appearance and observed some scar tissue and small healing lacerations.” The second child told the forensic doctor that she could barely walk and that she felt pain all the way down to her ankle. The examining doctor made preliminary findings that the second girl’s “clitoral hood has a small incision, and there is a small tear in her labia minora.” Hardly just an inconsequential nick.

As an attorney in the child welfare system where every imaginable child abuse injury crossed my desk, the genital mutilation and physical abuse inflicted on Dr. Nagarwala’s victims would be evidence that the defendant engaged in “torture” and “sexual penetration with a foreign object” under most state child welfare laws. Torture is not a mere nicking.

Beware of the minimizing, renaming and rationalizing of FGM to disguise the heinousness of female genital mutilation. The Michigan defense team will employ every tactic to normalize and obscure the reality of this brutality. Be prepared for a campaign to rename the procedure so mutilation disappears from its name.

FGM defenders, like Fuambai Ahmadu, downplay the horrific procedure as a mere nicks and demand a linguistic renaming FGM as “inclusive gender surgeries” or “gender inclusive genital surgeries.” Incredibly, she attempts to elevate FGM as a human right, by insisting, “in our culture, we don’t discriminate, we have gender-egalitarian surgeries. We do not discriminate.”

Shakespeare observed that “a rose by any other name would smell as sweet.” Despite attempts to rename female genital mutilation, do not be fooled or misled. Mutilation is, by any other name, barbaric child abuse.