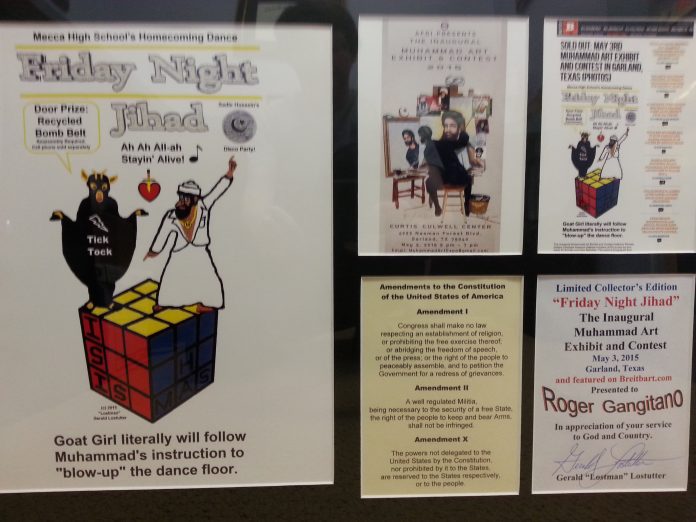 I (Pamela Geller) received this disturbing email from Gerald Lostutter, a longtime Geller Report reader in Florida. He wanted to present a framed Muhammad cartoon to local ACT chapter leader Roger Gangitano, but Walmart made it difficult:

An example of defacto Sharia law in the USA:

Wal-Mart’s photo department was unable to properly enlarge my cartoon for framing. So I advised the teenage attendant to cancel my order, and shred the proofs.

Instead, my cartoon was forwarded to security, and then to the local Sheriff.

Imagine my surprise when I received a call from a detective in the violent crimes division. The investigation was closed.

I brought my framed cartoon to a meeting with the store’s manager and security. The guard claimed that he worked in Iran during the 1970s, but was unaware of Sharia law.

For the record: My interaction with Walmart (Melbourne, 8500 N. Wickham Rd, FL) and the Brevard County Sheriff’s Office was August, 2015.