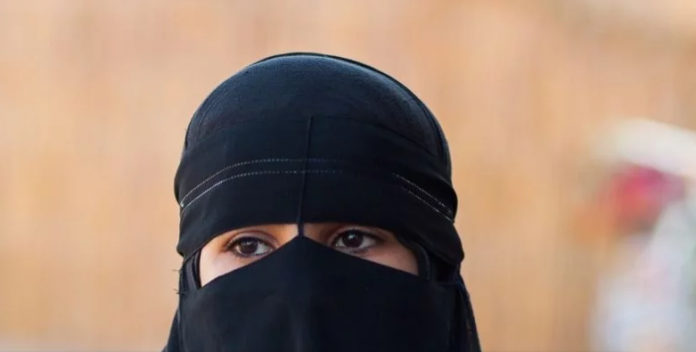 Many Christians have been lulled into a childish view of the world and think that deep down Muslims are not too different from them.

Soon after the November attack at Ohio State University, we learned the Somali Muslim perpetrator had been welcomed to the United States as a refugee by Catholic Charities of Dallas. This bit of news caught my attention because years ago I worked there for a brief time.

In the early 1990s after graduating from college, I served there for a year as part of a volunteer stipend program, helping immigrants caught here illegally prepare their cases for immigration court. My roommates worked on the refugee resettlement side, helping newly arrived families with refugee status.

I’ve continued to be fascinated with immigration and looked for ways to be helpful. It’s what drew me to teaching English to immigrant students. But my perspective widened and concerns grew as I learned more about our porous borders and problems throughout the West with assimilation, and as I witnessed the growing influence of a warped multiculturalism that convinces many to quash any uneasiness about newcomers, no matter how reasonable. In voicing my concerns, I’ve been slammed by other Christians who’ve called me ignorant and uncaring.

Although I worked for Catholic Charities, I’m a lifelong Protestant. I was raised Lutheran and for many years now have attended conservative Presbyterian churches. Multiculturalism long ago began to muscle its way into mainline Protestant churches but is now running amok in conservative churches, too, with many Christians fearful of being called a bigot for criticizing other traditions and beliefs.

While those in mainline churches tout diversity in a way that differs little from those outside the church, more devout Christians have adopted multiculturalism as a way to better evangelize. Emotion and sentiment have taken over reason, leaving people without the resources to sufficiently analyze threats to our culture and safety, and in some cases, even a diminished interest in doing so. The more pious shame others for their concerns, saying sacrifice and saving souls should come way before worries about ensuring America’s survival as a strong nation.

Many Evangelicals Don’t Seem to Get It

Trump did well among evangelicals in winning the presidency. Many conservative Christians cited Supreme Court picks as the top reason they were voting for him despite his personal moral failings. It’s far from clear that Christians en masse would fully support proposals to seriously restrict Muslim immigration, especially once they face the wrath of activists and journalists more determined than ever to smear them as racists. Also, there’s a strong movement among intellectual evangelicals to embrace Muslim immigration.

In December 2015, more than 100 evangelical leaders met at Wheaton College to discuss how Christians should respond to the migrant crisis that began early that year. They released a statement that gave only passing mention to security concerns while focusing primarily on telling Christians not to be fearful.

“We will not be motivated by fear but by love for God and others…We cannot allow voices of fear to dominate,” the statement read. But rational fear is a healthy thing. It serves to protect, and in protecting, shows love. The Bible has plenty of examples of God’s people taking measures to protect their communities. There’s no reason to fear every single Muslim we meet, but in looking at the bigger picture, there are perfectly valid reasons to fear the violence and political and cultural change a growing Muslim population can bring.

Some of my devout Christian friends insist we shouldn’t speak out much about atrocities Muslims have committed because if we do, Muslims won’t be open to hearing the gospel from us. Neither, they say, should we voice too many criticisms about religious differences that might upset them. But how can there be any hope of having a functioning multicultural society if there are taboos against criticizing traditions that aren’t your own? This misguided quest to be nice and welcoming creates space for the strong-armed to run over the weak, the very type of scenario you would think Christians concerned about justice would care about.

I’ve also heard Christians point to successful assimilation of immigrants in years past as proof that waves of Muslim immigration will work out just fine, too. When migrants began pouring into Europe, my friends shared stories of their ancestors arriving at Ellis Island, as if there are few differences between what happened then and what’s happening now. I recently got into a discussion with a Baptist pastor who says we shouldn’t worry since competing Protestant sects as well as Catholics were eventually accepted into the mainstream of American life.

It’s hard for me to wrap my mind around how my educated friends and educated church leaders can’t see that differences between Islam and Christianity are profoundly greater than differences between various Christian groups. Have they not read the history of Islamic conquest? Can they not observe the differences in today’s world between countries dominated by Islam and Western countries founded on Christian and Enlightenment values? Are they not aware of the widespread problems with migrants assaulting women in Germany, one of the latest victims being the daughter of a European official, who was raped and drowned? Have they not heard about the sharia law courts Muslim immigrants have created in England and the schools where Muslim children are taught barbaric practices?

Last year, I joined a class at my church sponsored by the Crescent Project, a Christian ministry founded to share the gospel with Muslims globally. In some respects, it’s an organization I’m happy to support. Their efforts seem sincere and helpful in prodding Christians with little previous intercultural experience to step outside their comfort zones. Yet it’s also one of those programs that leads to some Christians becoming so filled with zeal, they develop tunnel vision.

One woman in my class said she used to be afraid when she saw a Muslim at the grocery store, but now, thanks to the class, believes it’s God’s will for Muslims to come to the United States so we can witness to them. I’ve heard this idea expressed elsewhere as well, sometimes with great enthusiasm. God is blessing us, the thinking goes, by bringing Muslims here so we don’t have to travel abroad to reach them.

However, this turns previous concepts of missionary work on their heads. Missions used to be primarily about assuming risks for yourself and perhaps your family as you ventured into unsafe terrain. By endorsing growing rates of Muslim immigration into the United States, Christians are insisting that their neighbors here assume the risks too, all for the convenience of their evangelism programs.

Such rosy pictures can likely be traced partly to the fact that even in many conservative churches today, pastors shy away from discussing evil and the reality that there are people in this world seeking to deceive and destroy. We’ve been marinating in a theology that focuses excessively on grace and inner peace to the exclusion of other parts of the Bible that tell us evil is always on the march.

Both the Old and New Testaments make frequent use of words such as battle, soldier, and warfare in both the literal sense and in a metaphorical spiritual sense. But you will be hard-pressed to hear those words in sermons today. Many Christians have been lulled into a childish view of the world and think that deep down everyone is not too different from them. But history and the contemporary world should show us that fundamentalist Islam is radically different from the beliefs of Christians and other Americans. If we don’t fully wake up to this reality, we will pay a heavier price for our delusions than we already have.