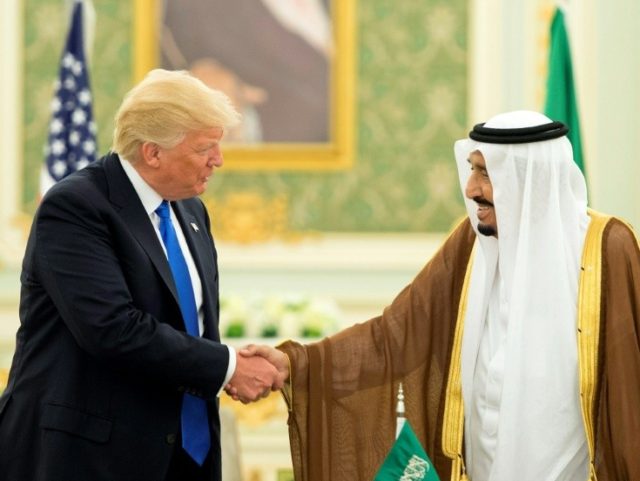 Ever since President Donald Trump appointed Lieutenant General H.R. McMaster as National Security Advisor, linking terrorism to radical Islam has been an issue. While McMaster quickly informed his staff the link was not to be made, Trump makes it.

The issue has borne witness to two interesting developments since the McMaster appointment. The first comes as no surprise; the second does.

During Barack Obama’s eight-year Oval Office reign, we were assured no such link existed. He professed time and time again — even in the aftermath of one terrorist attack after another, initiated by Muslims shouting “Alluha Akbar” — that Islam was a peaceful religion.

Americans considered Obama a credible source on Islam. After all, he had studied it in his younger years. That influence obviously had some residual value after he left office, even possibly influencing a vote in July by the U.S. House of Representatives on a very important GOP proposal.

Drafted by conservative Republican Trent Franks of Arizona, the proposal sought to undertake a study of “Islamic religious doctrines, concepts or schools of thought” that could be authoritatively cited by terrorist groups to justify their actions. In other words, it was a vehicle by which members of Congress could be educated about Islamic ideologies bent on destroying our way of life.

Unsurprisingly, the proposal was rejected. More than twenty centrist Republicans joined with Democrats in rejecting it by a 208-217 vote. Opponents claimed passing it would lead to the targeting of Muslims; others raised constitutional concerns for it singling out Islam alone.

Among the proposal’s more vocal critics was Muslim convert and Democratic Representative Keith Ellison of Minnesota. Prior to the vote, Ellison met with Franks to encourage him to withdraw the proposal. While there were valid constitutional concerns over singling out Islam, one would think Ellison would cherish the opportunity to spotlight his religion before Congress and the American public as a peaceful one.

Before re-submitting his proposal, Franks will have to re-word it in a way to withstand constitutional scrutiny. But his proposal is an important one. It is absolutely necessary for Congress to understand doctrines that Islamic extremists may cite in their defense. If not, it is imperative not only that the public be educated on this, but action be taken to isolate Islam’s further influences within the U.S.

It is interesting that this same linkage issue sufficiently concerned an Islamic country, Saudi Arabia, enough that Riyadh ordered a study on its own initiative. Only three months after the House vote failed, Saudi King Salman issued a decree that a study be undertaken of which interpretations of Muhammad’s teachings are used to improperly justify violence and terrorism.

This decree shows Riyadh has no reluctance to make a connection between terrorism and Islamic documents. If the nation entrusted as custodian of two of Islam’s holiest sites fears such linkage exists, demanding it be studied, we should be doing the same.

It might well be of interest to congressional members to know a very detailed study of Islam was undertaken many years ago, also making the link. It was the work of Dr. Bill Warner, a scientist who, as an atheist, studied all the religions. As such, he believes it imperative to study Islam for not being constructed on the same civilizational principles as the rest of the world’s religions.

Warner would agree King Salman’s order is necessary as much of what Islam teaches is confusingly worded, leaving believers with two different meanings. And, even as far as that which is made clear, Warner’s study revealed that over 60 percent has nothing to do with religion—i.e., it is purely political ideology disguised as religion.

Imagine the uproar if Democrats or Republicans packaged their own political ideology as a religion to spread its influence in universities, churches, government institutions, etc., as Islam has successfully done. Yet because we refuse to examine Islam under a microscope, we fail to see—simply because it claims a 1400 year religious history—does not mean, in reality, it should be treated as such.

This week, speaking at an investment conference in Riyadh, Crown Prince Mohammad bin Salman bin Abdulazia Al Saud, asserted that his country is committed to destroying Islamic extremism and returning to the days of a more moderate and open Islam.Specifically, the 32-year old Saudi heir apparent said, “We want to go back to what we were, the moderate Islam that is open to the world, open to all the religions. We will not waste 30 years of our lives dealing with extremist ideas, we will destroy them today.”

Both the study ordered by King Salman and the statement by the Crown Prince are recognition linkage exists between interpretations of Islam and terrorism. As the Saudis announce they will do battle with the violent interpretations leading to terrorism, the West continues to take a “head-in-the-sand” approach towards studying Islam’s teachings, still unwilling to even admit this link exists.

Lt. Colonel James G. Zumwalt, USMC (Ret.), is a retired Marine infantry officer who served in the Vietnam war, the U.S. invasion of Panama and the first Gulf war. He is the author of “Bare Feet, Iron Will–Stories from the Other Side of Vietnam’s Battlefields,” “Living the Juche Lie: North Korea’s Kim Dynasty” and “Doomsday: Iran–The Clock is Ticking.” He frequently writes on foreign policy and defense issues.