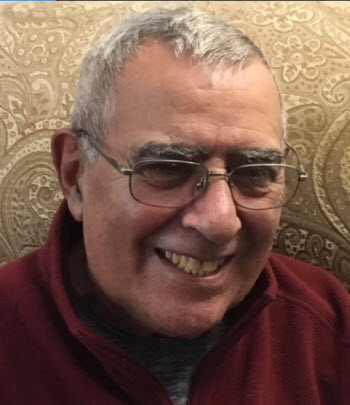 So, we had another terrorist attack, this time in New York City. First of all, I think it’s time that we drop the term “Lone Wolf”. These guys are not acting as individuals. They are a part of an organized strategy of using motor vehicles to kill, maim and terrorize the infidels of the west. They are making war in the name of Islam. When they shout “Allah Akbar” we should pay attention.

Second, dare I be so politically incorrect to blaspheme Islam? You betcha! Islam was born in a violent period of religious wars. But whereas, other religions have conformed to ideologies demanding peace, Islam has not. Islam and terrorism have been close partners since the 7thcentury. Muhammed was a terrorist who waged a campaign of conquest and rape and pillage throughout his world. Since its inception in the 7thcentury, Islam has waged war or engaged in hostilities almost continuously throughout its history to the present day. It has a history of non-stop violence. In its almost 1500 years of existence, Islam has not had a period of peace.

In March of 1785, Thomas Jefferson and John Adams met with Ambassador Sidi Haji Abdrahaman of Tripoli. Their goal was to negotiate a peace treaty to end the piracy launched by the Islamic states of the Barbary Coast. When Thomas Jefferson asked, “concerning the ground of the pretensions to make war upon nations who had done them no injury”, the answer was one that we have heard many times in today’s encounters with a violent Islamic belief. Thomas Jefferson wrote in a letter to John Jay, “Ambassador Abdrahaman of Tripoli said, it was founded on the laws of their prophet, that it was written in their Koran, that all nations who should not have acknowledged their authority were sinners, that it was their right and duty to make war upon them wherever they could be found, and to make slaves of all they could take as prisoners, and that every Muslim who should be slain in battle was sure to go to paradise.”

This is based on the Qur’an’s teaching from Surah 47:4.

So, the, so called radical dialog that we have been hearing from the, so called, violent offshoot of Islam, may not be so radical after all. In reality, they are Muslims conforming to the teachings of their Koran. The same teachings, in the same Koran, that Muslims have been following for centuries. So, damn the political correctness and to hell with worrying about offending Islam. The whole civilized world has been offended by Islam. Let’s call Islam what it is and what it has been for centuries. Islam teaches violence, is intolerant of other religions and will not conform to a civilized society. It is an ancient philosophy that does not belong in a modern world.

My apologies to those Muslims who do not conform to the violent teachings in the Koran. They choose peace over violence. As non-conformists they are the true radicals.